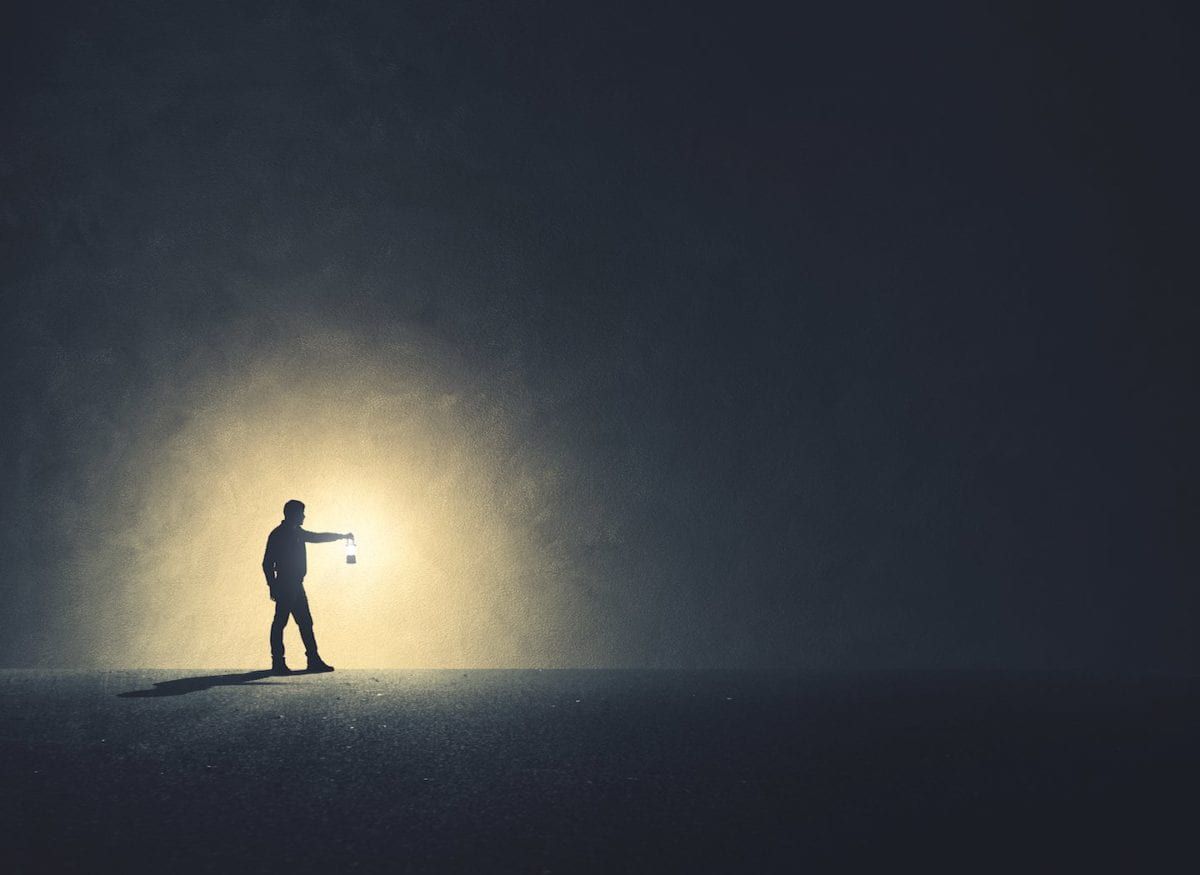 When you face light, your shadow is always behind you...

“I want to change but my past haunts me, Swami,” a visitor said to me recently. “I constantly feel guilty for my sins. How do I get rid of my baggage?”
“Two things will follow you to your grave,” I replied. “Wanna guess?”
“My karma?”
“And creditors,” I joked. “One comes with baggage and the other with a bag.” He laughed a nervous laugh.
“One is debt,” I added, “and the other a debt-collector.”

Our baggage is our unpaid debt.

And in our life, we attract all sorts of people, some of whom are karmic creditors and they play the role of debt-collectors. That is not to say that there’s no way of shedding our past.

Out of ignorance or arrogance, we all seem to have said or done things we wish we hadn’t. Doing bad karma does not necessarily make one bad though. Often, good people end up doing bad things and the so called bad people do plenty of good too. A mere bad thought or action does not make you inferior. Instead, what shows inferiority of consciousness is when we don’t have the courage to admit that yes I messed up and I am sorry about it.

Denial or non-admission of our mistakes creates more baggage than anything else. The moment we accept our fault gracefully, we flush out of our system the emotions of anger (why did I have to be in that situation?) and guilt (why couldn’t I act differently?). No doubt that the incident may still remain etched on your mind for a long time, but its recollection does not wreck your peace anymore.

In The Way of Chuang Tzu, Thomas Merton cites a beautiful story called Flight from Shadow:

There was a man who was so disturbed by the sight of his own shadow and so displeased with his own footsteps that he determined to get rid of both. The method he hit upon was to run away from them.

So he got up and ran. But every time he put his foot down there was another step, while his shadow kept up with him without the slightest difficulty.

He attributed his failure to the fact that he was not running fast enough. So he ran faster and faster, without stopping until he finally dropped dead.

He failed to realize that if he merely stepped into the shade, his shadow would vanish, and if he sat down and stayed still, there would be no more footsteps.

Call it our past, baggage, our shadow or anything else, the fact is we can’t really undo our actions. We can’t take back uttered words or undesirable actions. At the most, we can apologize, repent, regret or even heal over time. The truth remains that our past travels with us wherever we go. Only when we are in dark, our shadow merges with the darkness around it. In such darkness, we may momentarily feel that we have no baggage but that’s an illusion because we have not got rid of the darkness. Instead, we have hidden ourselves from light.

Even the most lit room has a dark corner, however small it may be. Similarly, even the best lived life hides in its heart a darkness of some kind. That’s our shadow, we can’t get rid of it and we have absolutely no reason to be afraid of it. We are beings of light and therefore shadow is inseparable from our existence. What matters not is how long or dark our shadow but where it is: in front of us or behind us.

One way to have respite from your shadow, as Chuang Tzu contended, is to step into the shade. The tree of grace has that shade as does the tree of truth and forgiveness. The shade of these trees softly absorbs the shadow of the person underneath.

Another way, often tempting, is to be in the dark and live in it. In darkness, while you may not see the shadow, you won’t see much else either…no beauty, no light. Millions around us choose to shut themselves from everyone and everything. Due to fear, paranoia, guilt and other feelings, they spend an entire lifetime in dark just to avoid a shadow. The wise one, however, knows better.

And that’s just about the only method I know of dropping our baggage: we must journey towards light with hope and compassion for ourselves and others. This is the only way to leave our shadow behind us. Forgive yourself for the mistakes of the past. Go easy. This will do you much good and will help you do good for others, which in the longer run can only ever be a good thing.

If you keep walking your footprints will be behind you. Stop and brood and you are right on them. Pretending that we are spotless like the fresh Himalayan snow, at some point in time, each one of us has cast stones at others. At times, we have been at the receiving end too. In the end, it matters not much so long as we put it behind us.

I came across a nice little joke in The Comic Teachings of Mulla Nasruddin by Imam Jamal Rahman. Slightly edited:

A mother brought her rude young son to Mulla, complaining that she was tired of his rebellious ways.
“Please,” she said, “do something to put a little fear in his heart.”
“Right away,” Mulla said confidently. “He’ll be docile as a cow in no time.”

Mulla stared fiercely into the boy’s eyes and commanded him to listen to his mother. He contorted his face terribly and growled deeply. The whole act was so fearsome that the mother fainted and Mulla rushed out of the room. When she regained consciousness, she chided Mulla. “I asked you to frighten my son, not me!”
“Madam,” Mulla replied, “when you invoke fear, it consumes everyone. It has no favorites. Why, I got so scared myself that I had to leave the room.”

Our shadow, like fear, has no personal favorites. A hue of darkness arises naturally wherever a shadow falls. That’s why it’s all the more important that not only we make a commitment to face and walk into light but also inspire others to do the same. For, we may be bright as the mid-day sun, if people around us are living in darkness, their shadows will fall on our path. Be light and spread light.  Moving in the direction of a noble aspiration, towards goodness and kindness is walking into light.

Let the light of the heart merge with the infinite light around you. Darkness will not matter then. If anything, it will only give greater depth, purpose and meaning to your life.