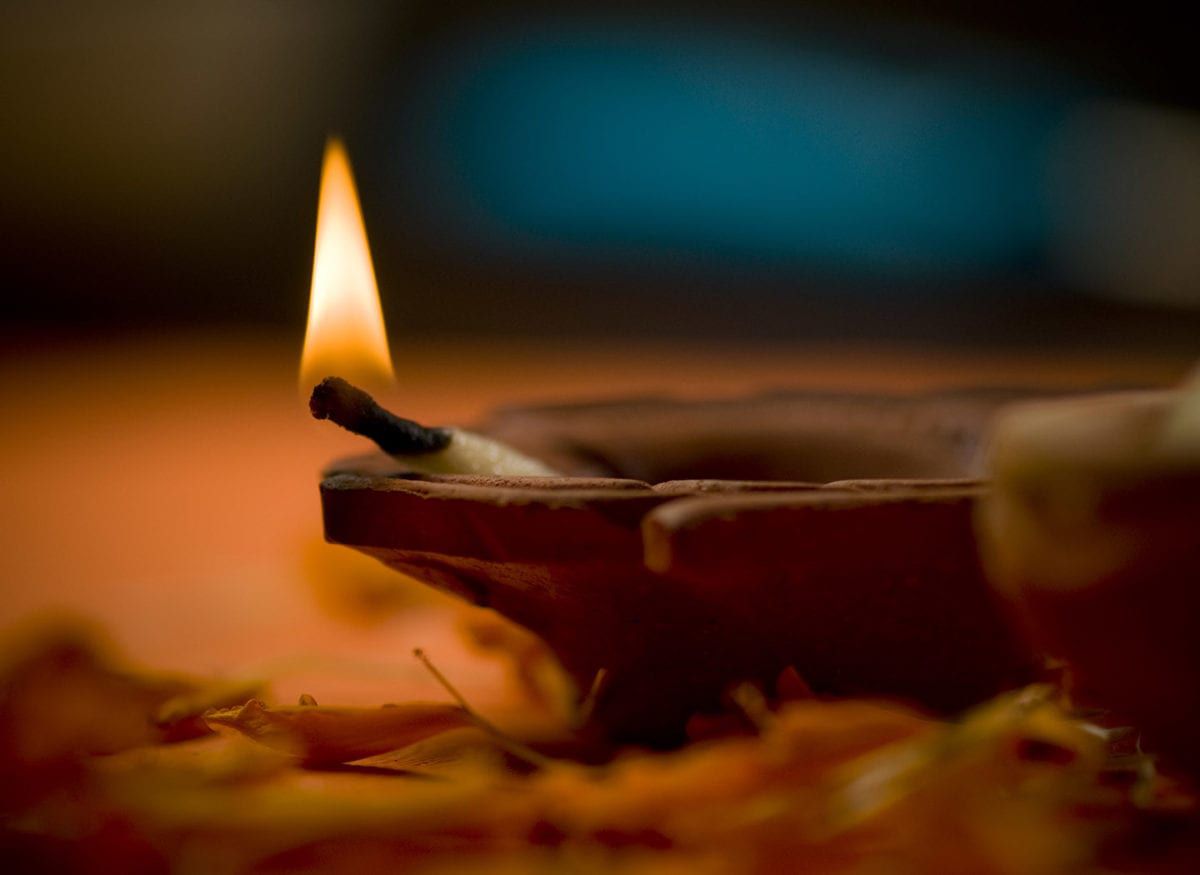 A guiding principle is like a lamp. Dispelling the darkness around us, it helps us make better choices.

So often we make plans and resolutions to be a certain way, to act in a certain manner, to do certain things, but one wave of temptation, one small argument, a tiny conflict and whoosh…everything is washed ashore. We forget our promises and go back to square one. We then brood and curse at ourselves for not coming through. We feel bad, feel guilty. And then we make a resolution again, with a little less confidence this time, and yet we break it again.

Why do most people find it incredibly difficult to change themselves? Why are promises so hard to keep? Why do we often fail to stick to our resolutions? The answer to these questions lies in a simple statement. But before I share my view, allow me to narrate a quick story.

A man was sick and tired of his uncontrollable urges. Spending his daily earnings on drinking, gambling and womanizing, he would come home to hungry children and a wailing wife. Every time, his wife tried to broach the topic or confront him, he would beat her up and later regret it. He wanted to change but no matter what he did, his old habits would not leave him.

Lost and weary, he went to Prophet Muhammad.

“I’m a man of vices,” he said to the prophet. “Please help me get rid of my bad habits.”
“Inshallah,” the prophet replied. “Follow my advice and all vices will leave you.”
“Anything you say, al-Rasool. But, don’t tell me not to drink, gamble or womanize. All my attempts have failed.”
“I won’t stop you from either of these,” Muhammad spoke. “Instead, just do one thing for the next forty days. Only speak the truth.”

Intrigued at the order, the man said, “Telling lies is not my problem, O Holy One! I want to rid myself of my transgressions.”
“Follow the instruction I’ve given you and God willing, you will quit your bad habits.”
“So, I can keep doing whatever I want,” he reconfirmed, “as long as I tell the truth?”
The prophet just nodded in response.

The man paid his respects and went home. Even though he was unconvinced, he had made up his mind to honor the word of the prophet.

That night he went home drunk once again and when his wife asked him where he had been, he couldn’t muster the courage to tell her the complete truth, that other than drinking, he had also gambled and been with a prostitute. He kept quiet.

The next day, he met two of his friends in the evening who asked him where he was off to. Bound by his oath to not tell a lie, he kept mum for he couldn’t tell them the truth either. When they asked again, he said he was just going home and to keep the truth, went back to his home.

A few more days passed like this and he discovered that it wasn’t easy to do the wrong thing and be truthful at the same time. Rather than ruining his reputation, he managed to stay away from his addictions for a few weeks. Soon, he got used to a loving and healthy atmosphere at home. His body and mind adjusted to the new lifestyle and by the end of the forty days, he was a changed man.

You may think that this story sounds too good to be true, but the truth is it is entirely possible. Even neurologically speaking, when we do something repeatedly for six weeks, a neural pathway is formed in our brain paving the way for a new habit. One of the easiest ways to break an old habit is to replace it with a new, better, habit.

If you study the lives of some of the most successful people around, you will find that it’s not that they made numerous resolutions and stuck to each one of them. They too procrastinated, they too faltered and they too made mistakes. Yet, they had certain principles, generally just one or two, they never compromised on. As a matter of principle, Franklin Roosevelt read one new book every day before his breakfast, for instance. Mahatma Gandhi weaved his own cotton yarn every day. Buddha went for alms every day. Some stood for service, some for non-violence and some for independence. Great people stood for their principles. Their habits were the result of their principles.

Anyhow, my focus today is not on forming or breaking habits. Instead, it is to answer the questions I raised at the beginning of my post and to bring forth the real message in the anecdote I just quoted. As follows:

Successful people always have at least one non-negotiable principle in their lives.

Mulla Nasrudin met his friend a few days after the new year’s celebrations and asked him for a cigarette.

“But I thought you made a resolution to quit smoking!”
“Of course, I did,” Mulla replied. “I’m in the process of quitting!”
“Process?”
“Yes, right now I’m in the second phase.”
“And, what is the second phase?” his friend asked.
“I’ve quit buying cigarettes.”

When it comes to keeping your resolutions, step-by-step progression rarely works. Either you stick to them or you don’t. There is no in-between. Rather than make new resolutions all the time and break them, it’s better to have just one or two uncompromising principles in your life. Once you have a principle you stand by, making choices becomes much easier. What is that one principle you abide by? That one value you won’t compromise on? What is the one thing you stand for?

If you don’t have one, create one. Your life will take on a new dimension, I promise. It’ll all come together like raindrops in a pond and from a tiny puddle, you’ll become a vast reservoir of whatever it is that you care about.

When you don’t stand for anything in your life, nothing in the Universe stands for you then. 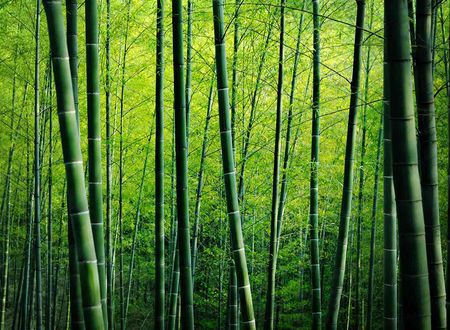 How to Build a New Habit

The story of the Chinese Bamboo tree has a beautiful lesson on the art of building a new habit. 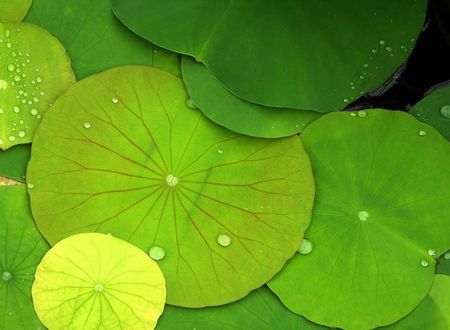 The Yogi and the World

What is your resolution for the next 12 months? Do you plan on living like a yogi or continue to be engrossed in the world? 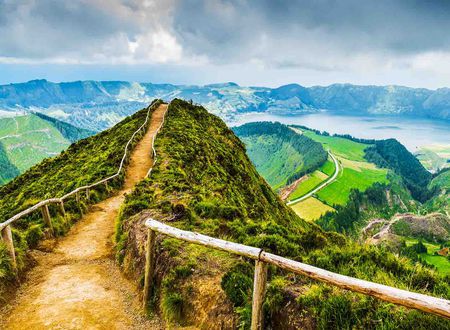 The First Trait of Successful People

Life is all about choices. At some point in time, you have to decide which path you want to walk. 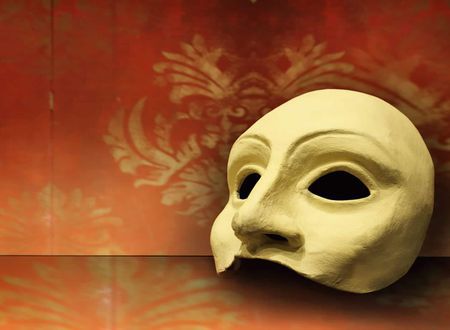 Can you lead your life in absolute black or white? Probably not. But you can have your principles.