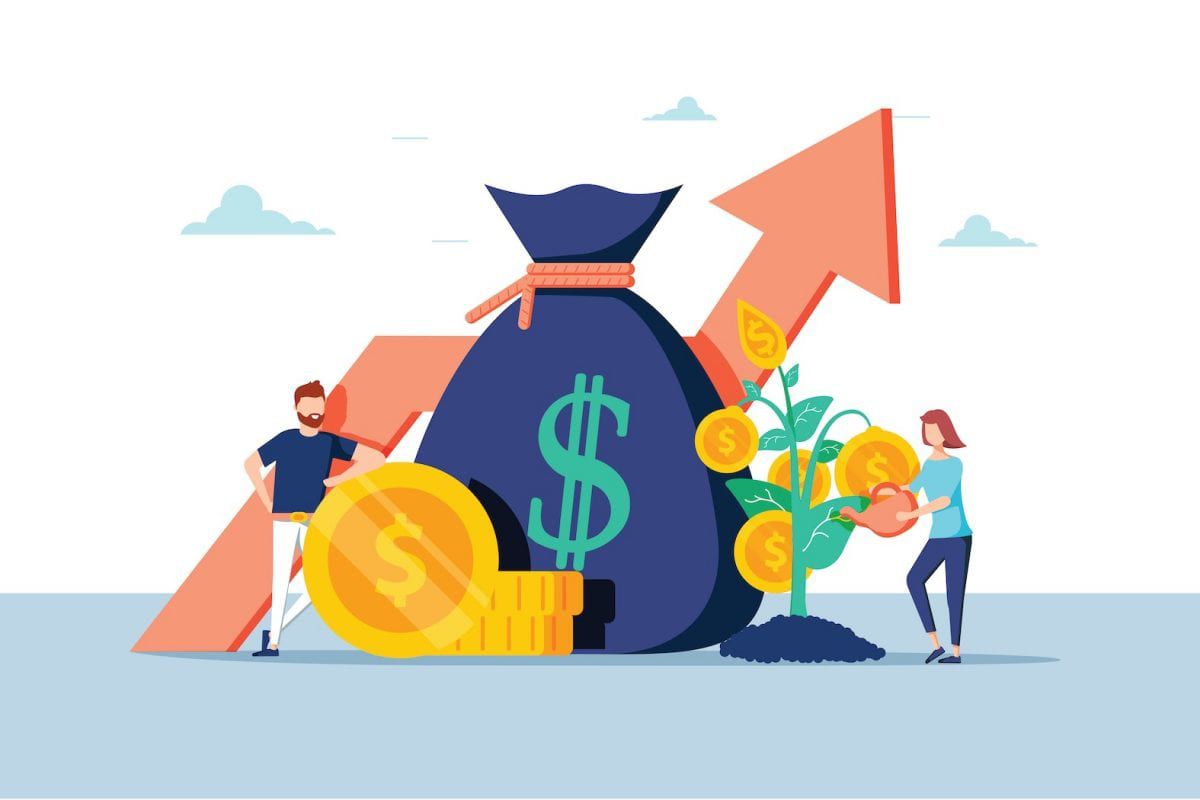 Is material wealth an obstacle on the spiritual path? And what is the ultimate wealth, if anything?

In the last post, I shared my thoughts on building material wealth. That, how regular investing was the way to go. And that, in my view, debt should be avoided at all costs. The only exception, perhaps, would be a reasonable mortgage. If you have taken out loans to buy cars, gadgets and whatnot, no matter how intelligent that may appear, it’s bound to disturb your financial equilibrium, it will bring you stress at some point in time. One of the worst forms of debt is credit-card debt. Do you have it? Yes? That only means one thing: you have not managed your finances well. You have paid for something without earning it first. I am even wary of zero-interest finance schemes for the simple reason: there is nothing called a free lunch. My mantra: avoid debt at all costs. At. All. Costs.

Having said that, the objective of this post is to address three fundamental questions that were raised in the said and unsaid comments last week.

1. How much wealth is enough?

Allow me to begin by citing a passage from the same book I quoted from in my previous post:

John Bogle, the Vanguard founder who passed away in 2019, once told a story about money that highlights something we don’t think about enough: At a party given by a billionaire on Shelter Island, Kurt Vonnegut informs his pal, Joseph Heller, that their host, a hedge fund manager, had made more money in a single day than Heller had earned from his wildly popular novel Catch-22 over its whole history.

Heller responds, “Yes, but I have something he will never have … enough.”

Enough. I was stunned by the simple eloquence of that word —stunned for two reasons: first, because I have been given so much in my own life and, second, because Joseph Heller couldn’t have been more accurate.

For a critical element of our society, including many of the wealthiest and most powerful among us, there seems to be no limit today on what enough entails. It’s so smart, and so powerful.” 1

How much you want is your decision alone. It’s neither my prerogative nor anyone else’s to tell you how much is enough. I would rather trust your intelligence to guide you in setting your own milestones. That’s the whole idea when I say discover your own truth. If you are getting a kick out of what you do and it’s bringing wealth as a result, you don’t have to stop doing it just because you are getting wealthy. In other words, if you are working for wealth, you’ll be forever working. If, however, you are working on what you care about, you never really work a day in your life.

As Chuang-tzu was fishing in the river P’u, two high officials arrived from the King of Ch’u and said, “Sir, the king requests that you come to the capital and serve as his prime minister.”
Without turning his head, Chuang-tzu answered, “I have heard that in Ch’u there is a sacred tortoise that died three thousand years ago. The king keeps its shell in the temple, wrapped in silk and encased in a golden box. Now if you were this tortoise, would you prefer to be venerated in such a way, or would you rather be alive again, crawling around in the mud?”
“The latter, certainly,” said the officials.
Chuang-tzu said, “Give my compliments to His Majesty, and tell him that I am happy right here, crawling around in the mud. 2

If you are happy wherever you are in your life, you must be doing something right. Trust yourself.

2. But, isn’t wisdom the ultimate wealth?

The very notion of ultimate wealth is fallacious, for, what is ultimate is relative to the subject, object, and circumstances. Truth is relative.

When you are battling poverty, money is the ultimate wealth. When you are sick, immunity is the ultimate wealth. If you are lonely, love is the wealth you need. The nature of the wealth you require depends on the challenges you are facing. Without a doubt, wisdom and contentment will help but let’s face it: if you are starving, it is food alone that will appease your hunger.

Just look at the amount of religion and wisdom we have in our country. Has it lifted the country out of poverty? Material wealth is also incredibly important to human progress. Think of it any which way. Krishna would not have asked Arjuna to fight on, and the Vedas would not have put artha, economic progress, in the four endeavors of human existence, had there been a substitute.

Any so-called spiritual person who preaches you austerity is a hypocrite. Contentment, yes. Balance, all right. Minimalism, fine. Frugality, your choice. Austerities, maybe for a brief period to train yourself. Poverty, but no. There’s nothing glamorous about poverty and certainly nothing that warrants celebrating it. Why did I renounce my material wealth then? I’m often asked. Well, wealth was neither my consideration nor did I look upon it as a hurdle. I didn’t think that a decent bank balance was an impediment or that a lack of it was somehow an indicator of my spiritual despair or growth. For what I needed to do, I felt I had to walk away from everyone and everything. That’s what I did. It seemed like a good idea at the time. And even for a moment, I don’t regret it. It helped me put things in perspective and gave me inexplicable strength. Truth be told, if I had to, I’d do it all over again without a moment’s hesitation. Again and again. We’d never know how fettered we are until we sever our ties with the objects of attachments. Those objects, however, are not good or bad on their own. If a child cries for a toy, it doesn’t mean that the toy is bad. Wealth is an enabler, a catalyst, even a validation of your wisdom.

Granted that the beauty of the wealth of wisdom is that it belongs to you forever. No one will ever be jealous of you just because you are wise.

They will envy you for your success, your wealth, for your intelligence, for your looks, for your status – but rarely for your wisdom. ~Nassim Taleb 3

But that doesn’t mean that “wisdom” is the ultimate wealth under all circumstances. Philosophically it may be; practically, though, not quite.

In Eastern thought, we hear it all the time: self-realization or God-realization is the goal of human life. It has come to mean all kinds of things to different people with each one (including me) restating their truth according to their understanding and how it suits them. We all twist the truth to heighten its appeal. Sad, but true. What do these terms even mean? That, we now understand we are not just the body or the mind but beyond. Does this set us free? If so what happens thereafter? We no longer have to eat, sleep, or survive? Disregard health, hygiene, and taste? We should start living under a tree? No? What are we here for then?

Here is G.I. Gurdjieff from Meetings With Remarkable Men:

My father had a very simple, clear and quite definite view on the aim of human life. He told me many times in my youth that the fundamental striving of every man should be to create for himself an inner freedom towards life and to prepare for himself a happy old age. He considered that the indispensability and imperative necessity of this aim in life was so obvious that it ought to be understandable to everyone without any wiseacring. 4

“Create for himself an inner freedom (sic) towards life.” That sums it up for me. As long as it’s responsible, it’s alright.

Mulla Nasrudin’s wealth and ventures kept him busy beyond bear, and naturally, his unavailability at home made his wife flustered.
“Should I buy you a new diamond ring for our upcoming anniversary?” Mulla asked his wife.
“I don’t care,” she replied.
“How about an exquisite necklace unseen in this town?”
“No.”
“A vacation home?”
“I told you, I don’t care about any of these!”
“What do you want then?”
“Just give me the divorce,” she screamed.
“Honey,” Mulla said calmly, “I wasn’t planning on spending that much.”

Whether it’s intellectual or material wealth, what matters is not how much you have but where and how you are using it. It matters not how hard you are working for the wealth you seek but what you are sacrificing in its pursuit.

There’s something inherently disturbing about thinking of wealth as obscene. For, such a perspective not only limits our understanding of one of the most important (and powerful) criteria of human progress but also deprives us of the opportunity for closer diagnosis of the one thing that has been the undercurrent of all political, territorial, and religious conflicts since time immemorial.

What makes your wealth spiritual is not the absolute nature of it – dollars or intelligence – but the course of action you choose to acquire, save, spend, or divest it.

If anything at all, what matters is if it’s enough for you, according to you. Is it?

It’s a long post, I hope it was “worth” your time. If it wasn’t, don’t worry, you weren’t exactly a step away from cracking the Enigma code. Just kidding…

220 comments on this post. Please login to view member comments and participate in the discussion.