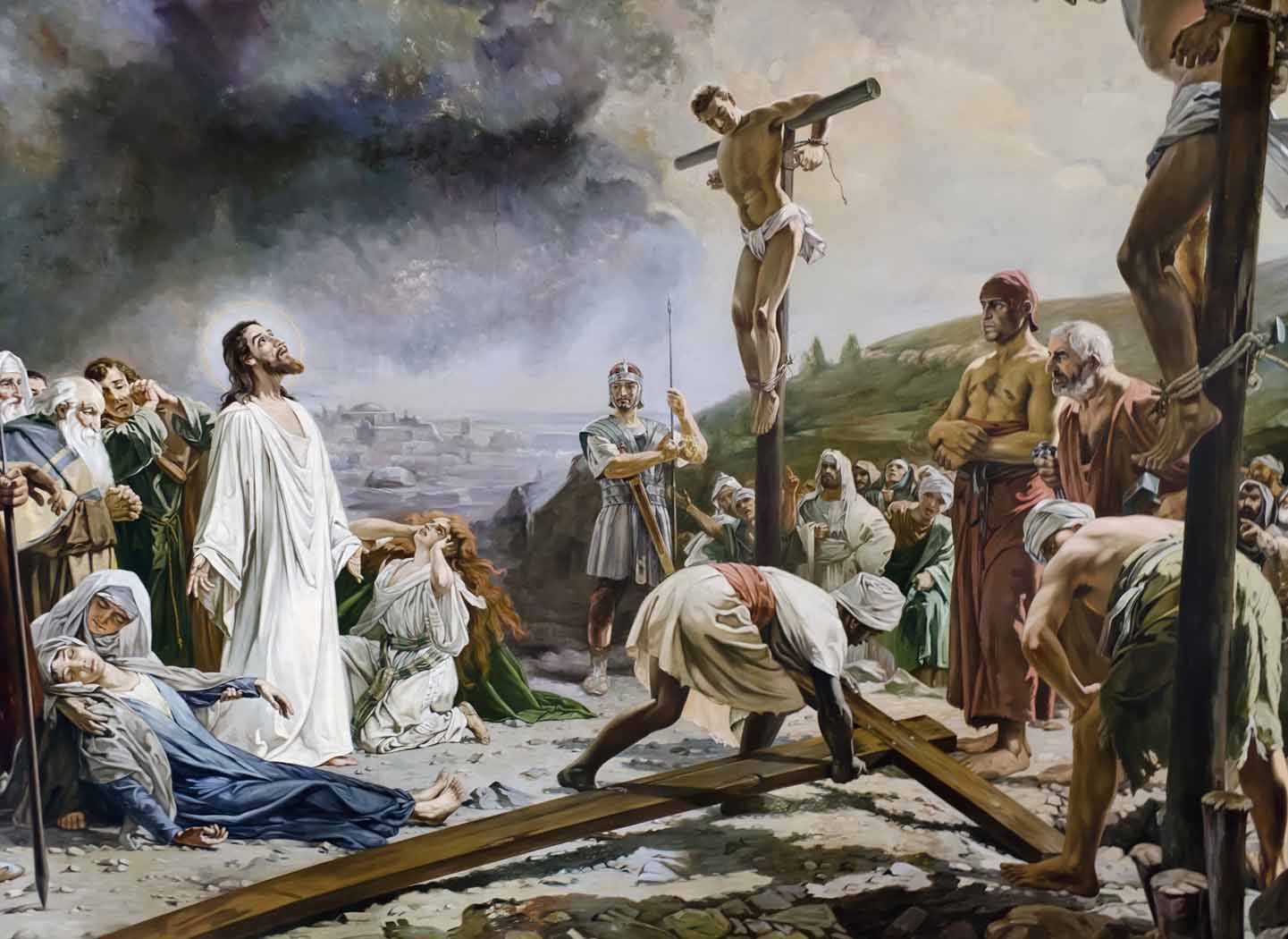 A Word on Compassion

Think of compassion as sacrifice. It is putting other person's interests before your own. It's a choice.

This is the most common response to my two questions no matter whom I ask. To tell you the truth, when we are compassionate or forgiving only some of the time, it means we are doing so at our convenience, it means we still think that there’s a choice more reasonable than compassion. True compassion is not based on the cause or the action, it is simply a virtue, a response, an emotion, a feeling, we choose over any other.

I know this is not an ideal world and, in the present day and age, it almost seems that compassion or forgiveness is considered a weakness, but let’s take a moment and read the following passages from Bible. Even if you have read it numerous times before, just reread and allow it to sink in.

Pilate, wanting to release Jesus, addressed them again, but they kept shouting, “Crucify! Crucify Him!”

A third time he said to them, “Why? What has this man done wrong? I have found in Him no grounds for the death penalty. Therefore, I will have Him whipped and then release Him.”

But they kept up the pressure, demanding with loud voices that He be crucified. And their voices won out. So Pilate decided to grant their demand and released the one they were asking for, who had been thrown into prison for rebellion and murder. But he handed Jesus over to their will.
(Luke 23:20 – 25)

Two other criminals were also led away to be executed with Him. When as they arrived at the place called The Skull, they crucified Him there, along with the criminals, one on the right and one on the left. Then Jesus said, “Father, forgive them, because they do not know what they are doing.” And they divided His clothes and cast lots.

The people stood watching, and even the leaders kept scoffing:“He saved others; let Him save Himself if this is God’s Messiah, the Chosen One!” The soldiers also mocked Him.
(Luke 23:32 – 36)

“Father, forgive them, because they do not know what they are doing.” This was what Jesus of Nazareth said in response to the excruciating and fatal pain he was inflicted. This was his reply to the injustice done to him. And, what happened next? “And they divided His clothes and cast lots.”

Those who had mocked him, those who had put a crown of thorns on his head, those who had nailed him on the cross, Jesus forgave them. But, this was not enough as, blinded by power and greed, they threw a dice to see which solider would get what part of Christ’s clothing.

There, in the same picture, you have the two extremes of our world. On the one hand is the compassion of Christ demonstrating there’s no limit to how high you can rise above what you are subjected to, and on the other hand is the greed, ignorance and cruelty of the soldiers showing there’s no end to how low one can stoop.

Throughout the history of our race, good people have been ridiculed and mocked, they have been jeered at, spat at, they have been unjustly punished, beaten even killed. Someone asked me once that what purpose did it solve, their sacrifice?

“Well,” I said, “because Christ sacrificed his life, more than a billion people lead a life of inspiration today, even 2000 years later. Because Buddha sacrificed his kingdom, more than 500 million derive the benefit even today.”

Compassion and forgiveness are simply synonyms of sacrifice. When you forgive, somewhere you sacrifice a part of your own existence, your respect, your dignity, yourself. But, by forgiving you also go beyond the shackles of ego. Besides, sacrifice is not a trade, you don’t expect anything for yourself in return, it is philanthropy, it’s an act of charity.

Ask me not what if the other person doesn’t deserve your compassion or what if they don’t acknowledge it? Because if you still have these questions, you’ve not let the Passion of Christ sink into your heart. Allow it. Reread the passages above, do it as many times as you need or till a tear trickles down and you’ll know what I mean.

A young man was mugged, beaten and left for dead on a street.

As he lay there bruised, wounded and unconscious, a man passing by, who happened to be a psychiatrist, rushed to the victim and exclaimed, “My goodness, whoever did this really needs help!”

One needs assistance and the other compassion, either way, they both need help. In our example, if the victim is not offered help, he may die and if the culprit is not extended help, he may kill someone else. At any rate, it’s a loss to our world.

Upanishads have a term for our world — Vashudhaiva Kutumbakam (Mahopanishad VI.71-73), the whole world is one single family. It’s one planet, one world, one family. Let’s do our part.

Compassion does not require a reason or reward, only a desire, a discipline. Forgiveness doesn’t even need discipline but only a big heart, big enough to absorb their mistakes. When your heart is as big as the ocean, their shark like mistakes and tuna like presence in your life will coexist without so much as causing a ripple in your mind.

The Anatomy of a Thought
The Greatest Fear