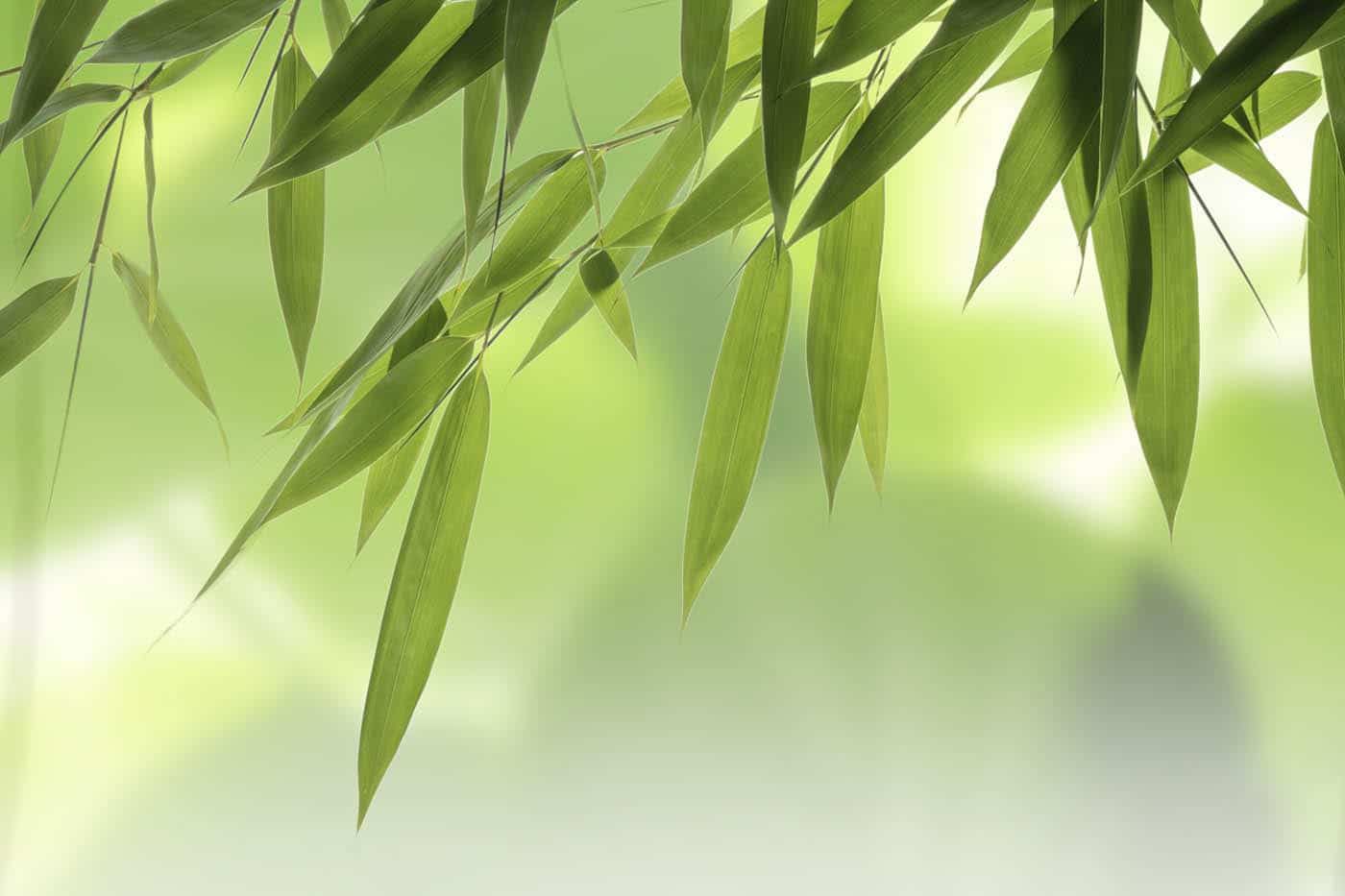 An apology is genuine when you don't repeat your offense and when you offer no excuse.

Fifteen years ago, I was leading a large technology team at a multi-billion dollar media company in Australia. I had just taken over a major portfolio, and a certain issue in the new software was affecting our users and our revenues. As the Tech Lead, it was my responsibility to fix it. We called in many technical experts from various firms but no one could pinpoint the cause. Weeks went by and we were without any headway still. One time, pensive and introspective, I got home an hour past midnight. I stepped into the shower and had an epiphany. I suddenly knew how to fix the error. I couldn’t wait to get back to work and left again after a snooze.

At work, it was utterly quiet in the wee hours of the morning. I fired up my machine, tried the fix, and voilà, it worked. I bypassed our version control system with great confidence and logged in as the super-user on the staging server. (This was where we showcased our software for business approval before rolling it out to the whole world.) I issued a command to clean up the existing directory so I could copy across the new code. I was particularly happy imagining how amazed the exec team would be to come into work in the morning and hear this good news. Here was a simple fix that worked where hundreds and thousands of dollars had failed.

There was a small problem; after I started the command on the server, I realized my faux pas. I’d executed a command that was deleting everything (including system files) from the root up. It had effectively formatted the server. Imagine intending to merely turn the light off your room but ending up cutting the power supply of your entire town. My act was even worse — I’d burnt down the power station too.

It took the hardware team four days to restore the server, for, apparently, there was some issue with the tape-backups too. I was deeply embarrassed. There were many excuses to support my mistake ­— lack of sleep, pressure at work, ludicrous working hours, the cryptic nature of the bug, a deficient networking team and so forth, but they were just that, excuses. I offered none. I simply apologized to all the stakeholders. Because, the truth was, I’d made an expensive mistake. Fortunately, it all ended well. Two months later, I got a substantial raise; one of the reasons they gave me was, “The courage to accept, correct, and learn from the mistake.”

To err is human; we all make mistakes. That, however, can’t be the justification for repeating them. There are only two ways to show that we have realized our mistake: first, by not repeating it and second, by offering a sincere apology. The second point is my focus today, that is, how to apologize. Apologizing correctly is neither an art nor any craft. It’s simply being natural and truthful. When we genuinely regret our action, the right words come out automatically and seeking forgiveness becomes easier.

An apology is the restoration of faith. It is conveying that I let you down once but you can trust me that I won’t put you through this again. When we make a mistake, it shakes the trust of the other person. Most positive emotions rest on trust alone. For example, when you love someone, you trust them to be the way you perceive them or the way they project themselves. But, when they act to the contrary, it betrays your trust. This betrayal causes grief and it hurts you and it affects your love and feelings for the other person.

No apology is sincere if you plan on repeating the offense. Think of a broken pot. You can put it together once if you are careful and patient but break it again and the task is a lot more difficult now, almost impossible. Similarly, when you break someone’s trust, they may forgive you once but if you do it again then you can’t reasonably expect them to forget it and put it behind them. Hence, an apology is meaningless if it’s insincere. And what is a sincere apology, you may ask?

An apology is genuine when you are determined to not repeat your offense, when you offer no excuse or justification, when you take complete responsibility for your actions and when you do so remorsefully. An apology without a sense of remorse is a pointless exercise. In fact, it’s going to hurt the other person even more. Often, people say, “I’m sorry but I thought this or that…”, or, “I’m sorry but the reason I did it was abc or xyz…”, or, “I’m sorry if my actions hurt you.” These are not apologies but excuses.

Conjunctions like if and but have no room in a true apology. Saying why you did it is no good either. The best apology is to understand, to feel, to completely accept, and unconditionally so, that our actions have caused pain to the other person. Don’t pollute your apology by citing a reason or a justification, don’t ruin it by saying it without meaning it. It’ll hurt the other person even more. You can either choose an apology or an excuse, not both.

A pukka apology is coming clean and owning up to the offense. What if the other person doesn’t accept your apology, though? For another time.

…I’m sorry I drew the line
I built the wall, the fault is mine
And maybe now, the only way to find some peace
is just to give it time and trust in grace…

So go the lyrics to I Want To Say I’m Sorry by Andrew Peterson. Perhaps there isn’t a better verse out there that captures not just how to apologize to someone but also how, sometimes, the best thing to do is just give it time. Trust the process, trust in a higher power.

More importantly, trust that space and time work wonders for a relationship. As they say, time heals all wounds.

But here’s the key: we take all possible action and then give it time. All too often, we are sucked into the tumult of apology: the messiness of emotions and ego take over, and the apology itself gets lost.

But ultimately, if you’re asking how to apologize to someone, just refer back to the first two lines of the song above.

How to say sorry is sometimes… just saying sorry.

The FAQs below explore the fascinating subject of forgiveness further.

Does forgiveness first require an apology??

How do you overcome vulnerability? Or more appropriately, how do you ensure that your experience and the hurt from your past is not shrouding the truth you must see?

Healing is your answer.

If you want to heal yourself, do it in two parts. First, seek forgiveness for your actions that might have hurt others. Wondering how to apologize to someone you hurt? Have the courage to say, “I’m sorry because…” and then mean it. A huge weight will come off your shoulders. 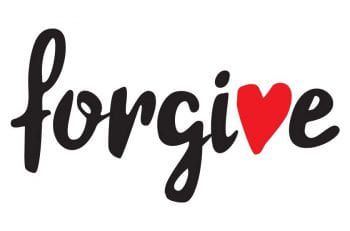 And second is, to forgive those who have wronged you. If they haven’t admitted that they hurt you, speak to them gently or write to them and let them know that their actions hurt you but that you forgive them. You will be filled with light.

You owe it to yourself. Allow your scarred soul to heal. Let the mind calm down. Don’t let the past keep scraping your wounds. Redeem yourself, my friend. It’s a very short life. This is your chance to live it.

Continue reading Healing Through Forgiveness. Sometimes, the answer lies not only in knowing how to apologize to someone you hurt deeply but also in forgiving the ones who have caused you the same hurt.

Why is it often difficult to apologize to someone I have hurt?

Change is constant — you must have heard it numerous times before. The constancy of change is not just true for the physical world outside but your inner world too. As your thoughts change, so does your viewpoint and with a different perspective, you gain a new understanding.

And that automatically brings about a change in your emotional state, in your beliefs; you evolve, you grow and sometimes you grow out. Most people don’t let themselves evolve, they just revolve.

No reasonable, sane or intelligent person can consistently hold the same belief at all times. A rigid consistency of beliefs shows either you are no longer listening to yourself or you are not accepting what your inner voice is telling you.

Allow yourself to change. Drop your ego. Apologize to the ones you’ve hurt. And continue reading It’s Okay to Change because guess what? It really is okay.

Why is it important to apologize to those we’ve hurt?

You might have hurt someone at some point in time. How about writing a heartfelt apology (and absolutely meaning every word of it) and sending it to them with the expectation that he or she may never even respond? (If you want to know how to write an apology letter, here.) 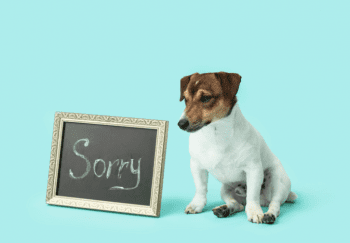 And it’s okay if they don’t respond. Because seeking forgiveness is owning up to your act and redeeming yourself by accepting your mistake with grace, independently of the other’s response.

No real feelings of love can sprout and blossom in the absence of forgiveness. Continue reading about giving and seeking forgiveness in The Hall of One Thousand Mirrors.

Why is forgiveness such a big deal?

If you hurt someone or when deep within you believe you treated the other person unjustly, offer them an unconditional and sincere apology. When you apologize, you’ll feel light and they’ll feel healed. To seek forgiveness is even more profound than wanting to forgive. 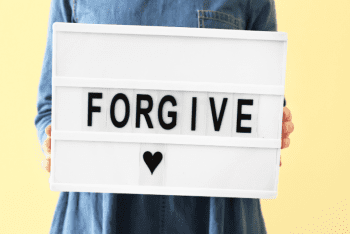 There’s a common misconception about forgiveness — we often believe that once we forgive someone, we’ll immediately start feeling love for them again. It doesn’t work this way. Before we reach the point where we contemplate forgiving the other person, we have already been hurt.

Until we recover from the hurt, the harmony and peace can’t be restored. The period of recovery can range from a minute to a lifetime. It depends on the quality of the relationship, our personal strength and the nature of the transgression.

Ultimately, forgiving someone is for our own peace of mind and lightness of being. Continue reading How to Forgive.

Why is forgiveness difficult to practise?

Many times, we find it challenging to seek forgiveness. How to apologize to the one we’ve hurt, we wonder. Our ego holds us back. We also find it equally challenging to forgive someone who has hurt us. 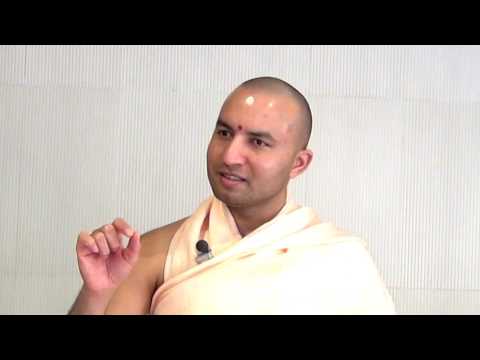 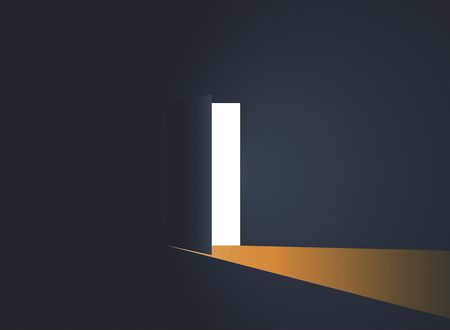 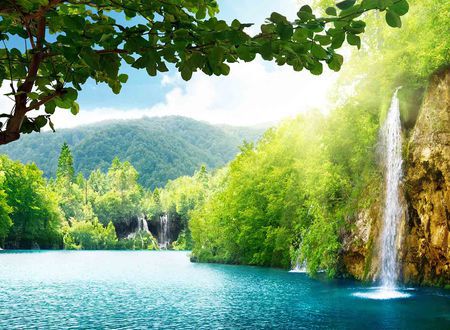 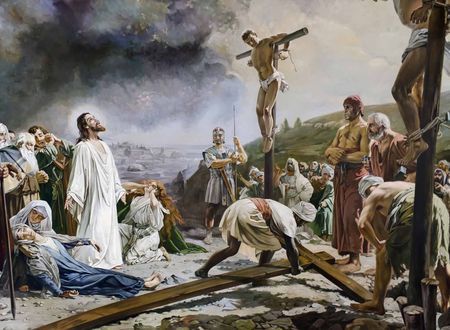 A Word on Compassion

Think of compassion as sacrifice. It is putting other person's interests before your own. It's a choice. 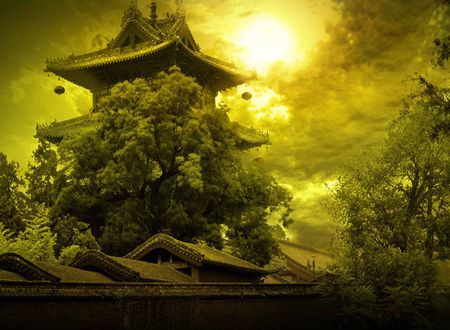 The Hall of a Thousand Mirrors

Here's a beautiful story illustrating how we shape our own world and attract a certain type of people. 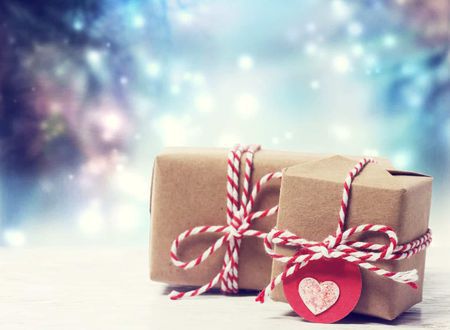 Forgiveness is letting go, it's a gift. It is as much about the recipient as the giver.