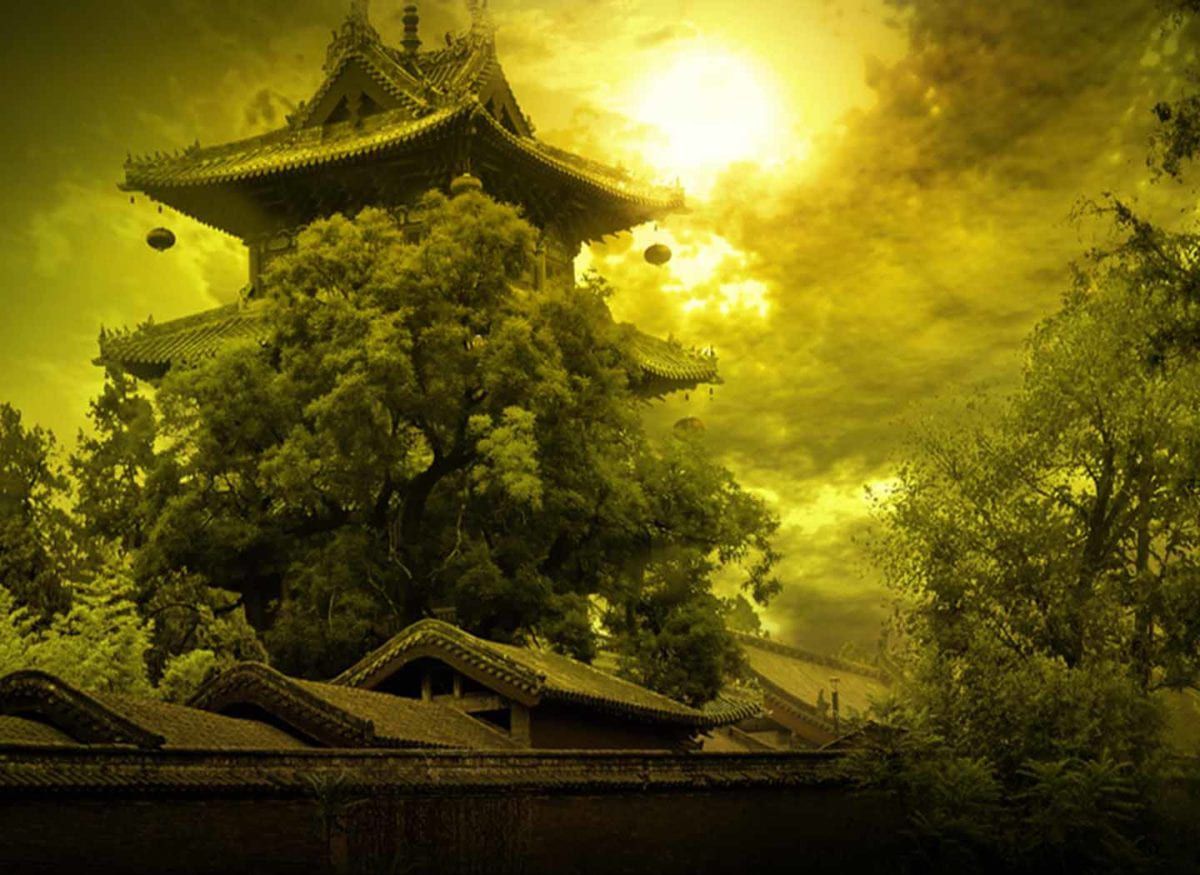 The Hall of a Thousand Mirrors

Here's a beautiful story illustrating how we shape our own world and attract a certain type of people.

A certain Shaolin temple in China has a unique hall. It’s known as the hall of a thousand mirrors, for its walls and roof are studded with a thousand mirrors. Many monks train there perfecting their moves with extraordinary precision as they see themselves from a thousand angles. One day it so happened that a dog managed to sneak in.

Believing that a thousand other dogs had surrounded him, the dog felt insecure and threatened. He bared his teeth, growled and barked to scare the other dogs away. Naturally, a thousand dogs growled back at him and barked. Not to be outdone, he charged at them furiously. A thousand charged back at him. Breaking some mirrors and getting hurt in the process, the dog soon ran out of energy to fight other dogs and died a bloody death.

The monks were appalled to see a dead dog and the shattered mirrors when they came back a few hours later. They cleaned and repaired the hall. A few days passed and another dog, a small puppy, found its way into the hall. Exactly like the dog before him, he saw a thousand puppies around him. Overcome with joy, he wagged his tail. A thousand wagged theirs. Having found a thousand friends, the puppy somersaulted. A thousand cute puppies reciprocated in kind.

Every time he moved one step toward any of them, the pup in the mirror moved two steps toward him. The little puppy looked at them lovingly out of his soft eyes and every single one looked back at him with just as much love.

Let me say it again: reciprocating is easier than initiating.

Initiating a new friendship, making a new move, requires courage. Many people are so weary of life and battered by it that they no longer have the courage (or will) to repair, rejuvenate or restore their relationships. They couldn’t be bothered, they feel. Often though, beneath the I-couldn’t-care-less-either feeling is the fear of rejection and getting hurt again. As a result, people live through broken relationships and fractured friendships for years, sometimes till their last breath.

Each one of us is standing in our own hall of a thousand mirrors and it’s up to us whether we wish to smile or frown. Either way, the return is a whopping 1000 percent. Our hall is our world. It is our own reflection.

Other than making a New Year’s resolution, how about starting your year by both seeking and granting forgiveness? Maybe someone wronged you and even tried to apologize but you were too hurt to forgive at the time. How about sending them a note now, conveying that you forgive him/her? Think again before you reject the idea. And what about seeking forgiveness? You might have hurt someone too at some point in time. How about writing a heartfelt apology (and absolutely meaning every word of it) and sending it to them with the expectation that he or she may never even respond? And it’s okay if they don’t respond. Because seeking forgiveness is owning up to your actions and redeeming yourself by accepting your mistakes with grace, independently of the other’s response.

True forgiveness can only be granted by the one we have hurt. The victim can’t be substituted. A rabbi, pastor, saint or prophet can’t forgive you for the grief you have given to someone else. If the victim is no longer in your life nor contactable however, you could opt for a confession in that case. Or, still better is if you could perhaps find it in your heart to grant forgiveness to someone else who let you down.

Forgive if you couldn’t be forgiven.

Taking his friend and his family along, Mulla Nasrudin went to the local amusement park. Foregoing all the other rides, Mulla hopped on the merry-go-round and kept riding it over and over again. Whenever the ride stopped, Mulla would get off dizzily, drink a glass of water and get back on. This went on for a good hour.
“Wow, Mulla! I never knew you loved the merry-go-round so much,” said his friend.
“Love? I absolutely hate it!” Mulla replied. “I’m feeling sick and could throw up any moment.”
“Then why are you riding it?” his friend asked.
“The owner of this swing owes me 50 dollars, and the only way I will ever collect it from him is to take it out in trade.”

When we choose to settle a score, more often than not, all we are doing is punishing ourselves like Mulla on the merry-go-round. If the other person refuses to admit their offense, there’s very little you can do to make them realize it. Only with time, they may or may not understand it. Nevertheless, we should try our utmost not to stoop to their level. Even if you don’t convey it to them (to make a point or for whatever reason), at least try and forgive it in your heart.

When you forgive others, Nature forgives you for your misdeeds. Especially for those acts where forgiveness by a human being is not possible. With a lighter heart, you forge meaningful relationships.

Even when we frown at others, we automatically first frown at ourselves. Look at yourself in the mirror if you don’t believe me. And, when we love someone, we naturally love ourselves first. It holds true for all emotions including forgiveness.

Wear a gentle smile and keep a warm heart so that when you step inside the hall of a thousand mirrors, you baffle yourself with your own glory.

The River of Life
The 84th Problem