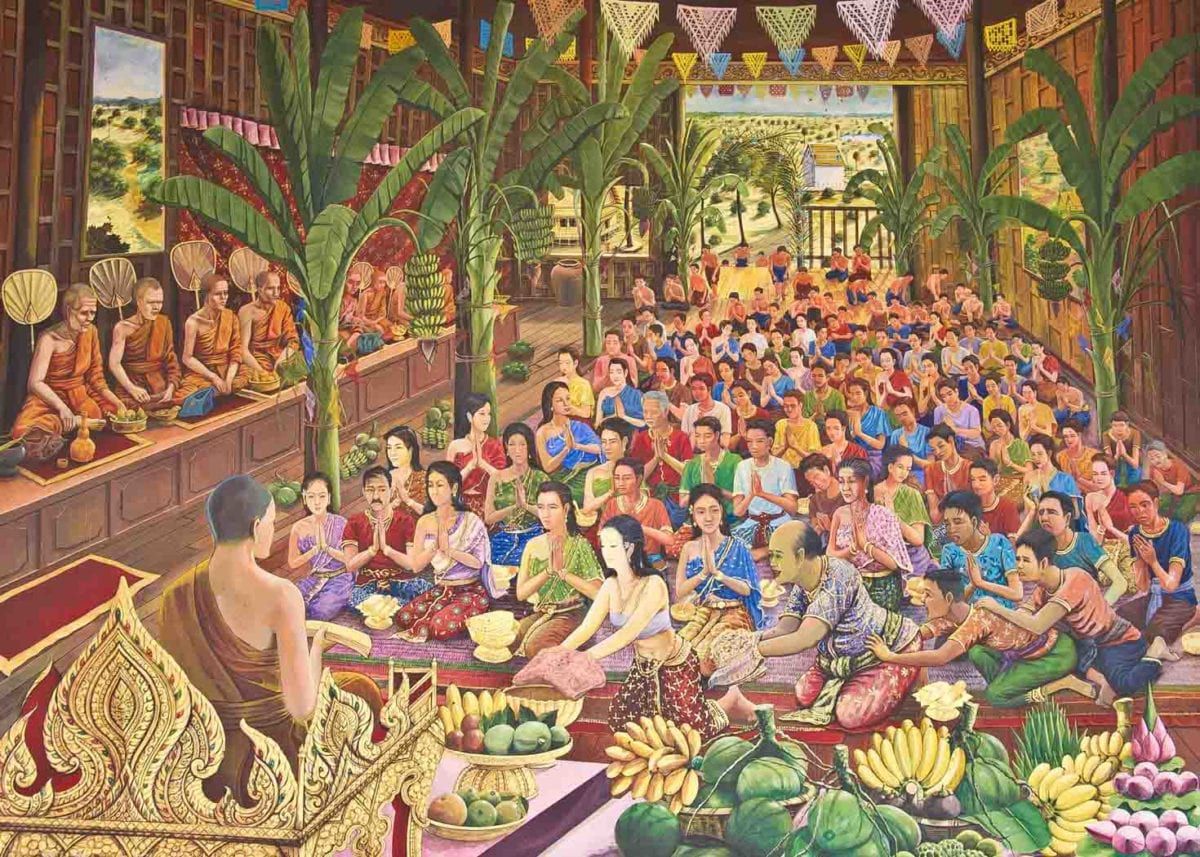 The Most Difficult Emotion

A beautiful story from the life of Buddha gives a profound message of mastering the most difficult emotion.

Today, I will touch upon one of the most difficult human emotions. In the past, I have written about it and called it an act, a conscious choice. The trouble is even though it is an act, this emotion is very hard to practice in reality because often we are so clamped by our feelings that majority of the time our emotions win over us. They don’t look like choices at all. Someone ticks you off and you are angry before you know it and being angry doesn’t feel like a choice but a natural response.

But, I’m not talking about anger, hatred, jealousy, envy or sadness. With great mindfulness and dharma, you can rise above these and other emotions. Standing away from most feelings, however, is an emotion that is essentially the basis of eternal peace. When I wrote about it earlier, I had mentioned (here) that when you continue to practice it, after a while from a mere act or an emotion, it becomes a state of your being. It becomes a part of your nature. Allow me to share a small story before I elaborate on it any further.

Once Buddha decided to go away for a little while. He asked his chief disciples like Ananda, Shariputra and others to stay back at the monastery while he ventured out on his own. It was most unusual because generally wherever Buddha went, he was accompanied by his devotees and disciples who doted on him and revered him more than their own lives. They always wanted to be around to behold his beautiful form, to listen to his tranquil words, and above all just to serve him. But, this time, Buddha instructed them to not follow him until he said otherwise.

Exploring new places, as he walked from one village to another, many people did not recognize him. They didn’t think he was Gautama Buddha because there was no entourage, there was no crowd. He was wandering like any other monk, discreet and alone. On the way, Buddha approached a man for alms. The man, however, was distraught and livid for his only cow had just died a few minutes ago. In a fit of rage, he began shouting at Buddha and hurled abuses at him. The sage kept quiet and walked away. But, a villager close by felt the unmistakable presence of Buddha and recognized him.

He pacified the abuser and said, “Do you know who he was?”
“What do I care?” the man said.
“No, you should. He was Tathagata, the Buddha himself.”
“What are you saying?” the man exclaimed. “It’s not possible because he always has a large crowd following him. Where are his disciples?”
“That I don’t know but I can tell you that he was Buddha. I’ve heard he’s traveling on his own for the next little while.”
The man was guilt-ridden and decided to find the sage so he could beg his pardon. The next day, he traced him and fell at his feet.
“Forgive me, O Sage!” he said. “I’m really ashamed for calling you names. Please punish me so I may be purified.”
“Punish you for what?” Buddha spoke calmly.
“For swearing at you, my lord.”
“When did you do that?”
“Yesterday,” he said.
“I don’t know yesterday,” Buddha said. “I know only today.”

Forgiveness. Forgiveness is the hardest of all human emotions. Let me make a subtle distinction for you. When someone apologizes to you and you pardon them, this is an act of forgiveness. This is still not that big a deal because they have made an admission of their mistake. If they are honest and committed to not repeat it, their sincerity will melt you. I’m but alluding to a higher state of forgiveness, that is, forgiveness as an emotion. The ability to experience and exercise forgiveness with or without a confession from the offender is one of the greatest of all emotions. It is the pinnacle of spiritual attainment, next only to compassion.

There’s a profound message in this story of Buddha. Often, people hold onto grudges like some prized possessions. They don’t want to let go even when they can. As it is, life is hard enough, and why do they make it harder by eternally stocking more and more hard feelings is an as intriguing as amusing aspect of human behavior. Let’s not forget that today could be our last day on this planet. Every day is a new beginning. We brush, we bathe, we dress up, we eat to start our new day. Why not actually make it new? Why not remind ourselves every morning that today I’ll not allow my past to barge into my present? That today, I’ll meet every person as if I’m meeting them for the first time. Is it even doable, you may ask? Well, you won’t know till you try.

The present moment truly is beyond judgment, analysis and interference. Like Buddha, if we aim to live in now, in our today, our yesterday will hurt us less and less. While the man was wrong to abuse Buddha, the reality is that we don’t know what all he had been through. Maybe he had mortgaged his only farm to buy his only cow. Maybe his family was starving, maybe he was suffering from some mental disorder. We can label his conduct as antisocial, we may tag him a bad person, but we have no right to judge him or his sentiments. Buddha did not preach him, tell him off or judge him. He simply practiced his own conduct. And that leads me to an important point.

We often judge the feelings of the other person. If someone feels hurt with our actions, we may say or think that he or she is overreacting. Doing so is making one more mistake. The truth is, we don’t know. First we hurt someone and then we thought they shouldn’t have felt bad or as bad. This is ignorance. How sensitive someone is to whatever they are is their personal choice and often it’s not just about that particular incident but a culminating experience of their entire life behind it.

Neither an apology for the offender nor forgiveness for the victim are possible if they are going to judge each other. Have the courage to apologize when you make a mistake. It won’t make you small, it’ll make you strong. And, have the greatness to forgive when someone says sorry. It won’t make you any less, it’ll make you divine, in fact. If you can’t forgive, try not to judge at least.

A man on a hunting expedition takes an aim at, but misses, an unsuspecting bear. In self-defense, the bear madly charges towards him. The hunter, trembling with fear, takes another shot but misses again. Eventually, he chucks his gun and runs for his life, but before long the bear closes in on him.

The hunter falls to his knees and prays, “O Lord, please let this bear find some dharma, some religion, before he kills me.”
Most miraculously, the bear stops, falls to its knees too and starts praying. “Dear Lord,” it says, “please accept my gratitude for this food I am about to receive…”

We often want the other person to be virtuous when we are on this side of the fence while we leisurely shot bullets just because we could. This is a long shot.

Let me tell you a little secret though: every time you forgive someone for their wrongdoing, Nature forgives you for one of yours. One day when you’ll have no grudges against anyone in your life, when you won’t have anyone left to forgive, Nature will have left nothing against you either. And, I don’t think I’ve to tell you how light you’ll feel then, how you’ll fly far and free like a contented bird in the blue sky. When you forgive someone, you don’t just let go of their mistake but also the hurt and negativity you’ve been carrying due to their act. Not forgiving the other person is punishing yourself for their mistakes. It’s not worth it. For now, excuse me for the long post.

Go on, forgive yourself, forgive others, forgive everyone. Life’s too short.

Why are We Unhappy?
What Type of a Meditator are You?