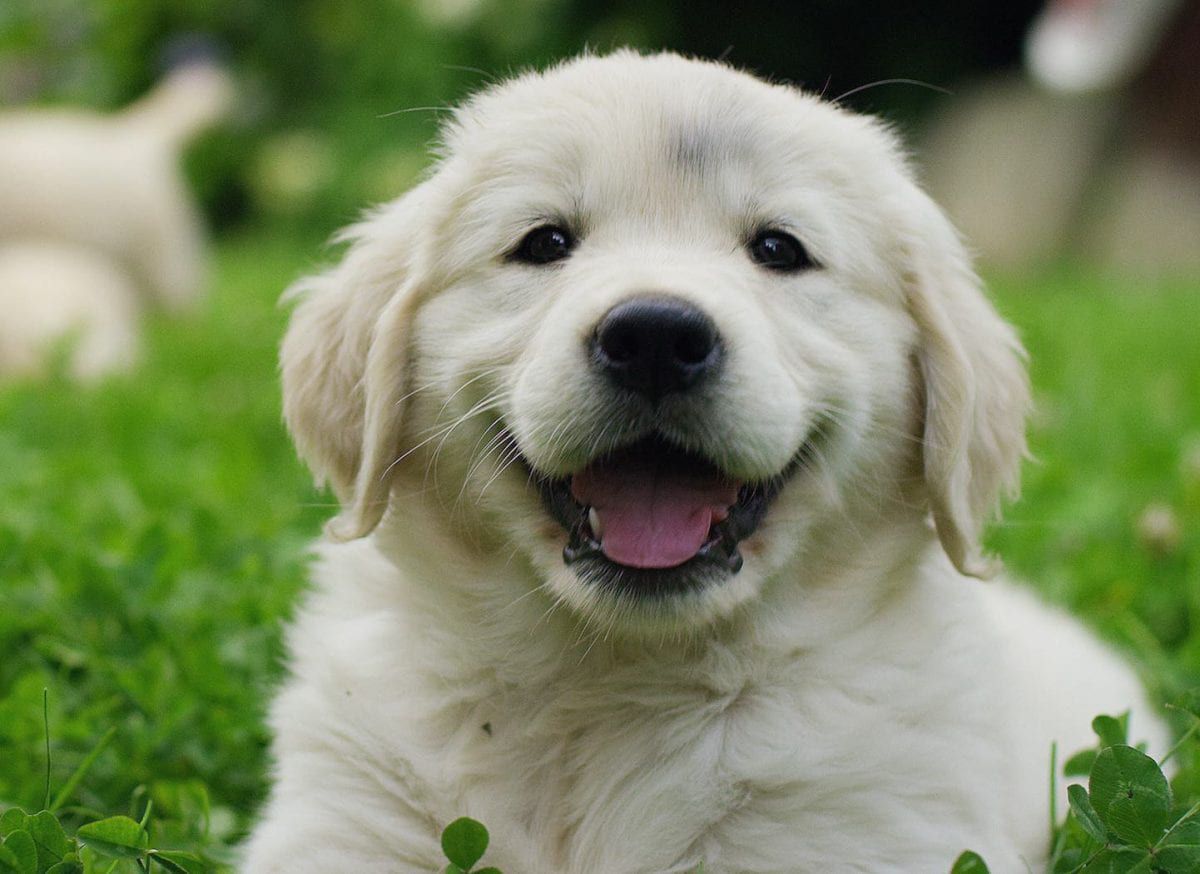 Can justice and revenge ever be used in the same sentence?

These beautiful words are not mine but Osho’s, from his book Earthen Lamps. In the same book, he cites a story from the life of the Prophet Muhammad. While I haven’t been able to verify the authenticity of the story (at least, I don’t recall reading anything like that in my studies of Islamic texts), it does convey a beautiful sentiment. Here it is (paraphrased):

The Prophet Muhammad was traveling along a road with his pupil, Ali. 1 An enemy of Ali appeared out of nowhere, confronted him, and started hurling abuses at him. Ali patiently listened to his expletives, his eyes showing love and prayerfulness. It almost seemed that he had been completely unaffected by the venom the abuser spat. But as is the way of patience, it knows how to lose itself. Ali too felt his patience fast eroding and, the retaliation began.

Soon the argument turned ugly and Ali reached for his sword.

All this while the Prophet had been a calm and silent observer, sitting nearby. He had not intervened in any way. But, the moment Ali firmed his grip on the hilt, Muhammad got up and moved away in another direction. This rattled Ali. He left his enemy behind and followed the Prophet.

“Peace be to you, Rasool Allah, O Messenger of God, with God’s mercy and blessings, relieve me of this burden of doubting you,” Ali pleaded with the Prophet. “Why did you leave me alone when the enemy could have killed me? I took him on believing you to be by my side.”

“Beloved one,” Muhammad said, “that man was undoubtedly violent and cruel, and his words full of towering rage. But, I was happy when I saw you at peace and without hate. Right then, I saw farishta, angels, were defending you and Allah’s good wishes were raining down upon you. You were safe on account of your love and forgiveness. Even when you got angry, I waited. But then I saw revenge in your eyes. At that moment, I saw the angels leave you. It was only right that I should also leave you. I simply followed his judgment.”

In the Quran and many Sufi texts too, God is repeatedly referred to as al-Quddūs, all pure. It is no wonder then that when we are struck hard with revenge all goodness in us flees like birds upon hearing a clap. I am not saying it’s easy but before we retaliate, we have to ask ourselves a simple question: do I want to be at peace or do I want to be right?

Often, many of us experience temporary peace when we prove ourselves right but that is only an illusion of peace, in my humble view. For, no one has ever slept like a baby when consumed by a vendetta. The most disturbing thing about revenge is that it feels so right. I’m going to teach him/her a lesson, I’ll put him in his place, I’ll show her who’s right, who does he think he’s messing with, they had it coming, she deserved it, and so on.

Can I tell you something? If it is revenge you seek, be prepared to slide down the spiritual path faster than the speed of light. And, there is no justification for revenge, for the very basis of this emotion is not merely punishing the other person but hurting them. What’s even worse is that you experience a sense of relief and joy when you feel that they have been taught a lesson. No matter how terrible they may be, feeling a sense of joy at someone’s loss does not befit a sincere seeker. At the same time, I know that my words are unlikely to soothe an angry heart reeling in revenge. I can’t recall the last time I could convince anyone to fill their heart with love towards the person they resented.

Why? Because good or not-so-good feelings are simply symptoms of our underlying personality. Our emotions only bring to the fore the character we truly possess. We see in the world what we have in our hearts. We filter everything based on that understanding and as a result, we then stack our minds up with what we see in the world. It’s like a dog trying to catch its own tail. Feelings of revenge and resentment set off a vicious cycle. And, it is for this reason that I started this post with the quote: “The truth is that man gets filled with what he sees…”

Just take a moment to examine the very feeling of revenge. Behind it is the desire that the other person should feel pain. It’s not just that they apologize or regret their actions, but that they should hurt too. You can keep holding this emotion close to your heart, for, unfortunately, revenge can be extremely comforting, but just bear in mind that you will be doing so at the cost of your own emancipation.

Besides, in taking it upon ourselves to teach someone a lesson, we ignore, at the cost of our peace, the immense scale at which the universe operates. May I suggest that if the fabric of revenge has swaddled your heart, you may as well stop praying and meditating. For, such spiritual acts have no effect on a mind smothered by vengeance. You have to let go.

We are ever-transforming, ever-changing, all one has to do to reach the pinnacle of self-realization is to take every step towards positive transformation, towards goodness. You will not regret it.  As Heraclitus said, “No man ever steps in the same river twice, for it’s not the same river and he’s not the same man.”

Who will teach them a lesson then? The person who wronged you will do it to others. Should you just let it happen? Of course not. You must speak up, protect yourself, and not suffer in silence. But, not with the feelings of revenge. Not with a sense of relief at the pain and suffering of the other person. For, that only means you are not progressing spiritually.

Mulla Nasrudin dreamed one night that God ordered him to take up his position for a day.
“What does that entail?” Mulla said to God.
“Well,” God said, “you will have to send people to heaven or hell based on their actions when they were alive.”
Soon, Mulla grew tired of this karmic accounting and with each new case, he was getting more irritated. Just then a rich man died and he was summoned before Mulla.
“I’m sure I deserve heaven,” he said.
“That’s for me to decide. Better be quiet and let me do my work.”
“I wouldn’t even hire you for my servant,” the rich man yelled. “You don’t look one bit like any saint, angel or God.”
“So, tell me,” Mulla said ignoring him. “Have you ever done any good karma?”
“Of course. I once donated four dinars to an orphan.”
“That’s all?”
“Another time, I gave one dinar to a widow.”
Mulla leaned to his side and reached out to a golden chest.
“Here,” he said to the rich man, “take your five dinars and go to hell.”

It doesn’t matter what kind of ill-will one might have for another, nor does the universe care how we justify our actions and words. What eventually matters is that life comes full circle. Such is the order of things.

When the sun goes down, the chickens will come home to roost.

The next time you feel any resentment in your heart, just watch the cute video at the top of this post. That’s one way to douse the fire of revenge. The visual of the ferocious puppies should offer you some respite, however momentary. On that note, I’ll finish this post and share with you something very important. As follows:

It’s time for me to give back to you. And you thought this post on revenge was a coincidence? Just kidding… I’m no Mulla Nasrudin. And, I’m not talking about your karma, but simply love and gratitude. Humor aside, os.me just got better!

I’m thrilled to announce the os.me Karma program. Simply put, almost all of our membership income (whatever I can afford) is being distributed back to our members who write and interact on os.me. You’ll see an OS.ME Karma box on the homepage (as well as the My Stats option in the Account dropdown menu) with the relevant links and details. Anyone writing and commenting on this platform automatically qualifies for the program. If you do it well, it can be rewarding. To know more, go here.

Oh, and you know that tiny but unexpected joy when you find a twenty-dollar bill in the jacket you wore last winter? Well, some of you who have been writing at os.me might have a déjà vu today. That’s because we have already credited your OS Karma account with last month’s earnings.

224 comments on this post. Please login to view member comments and participate in the discussion.