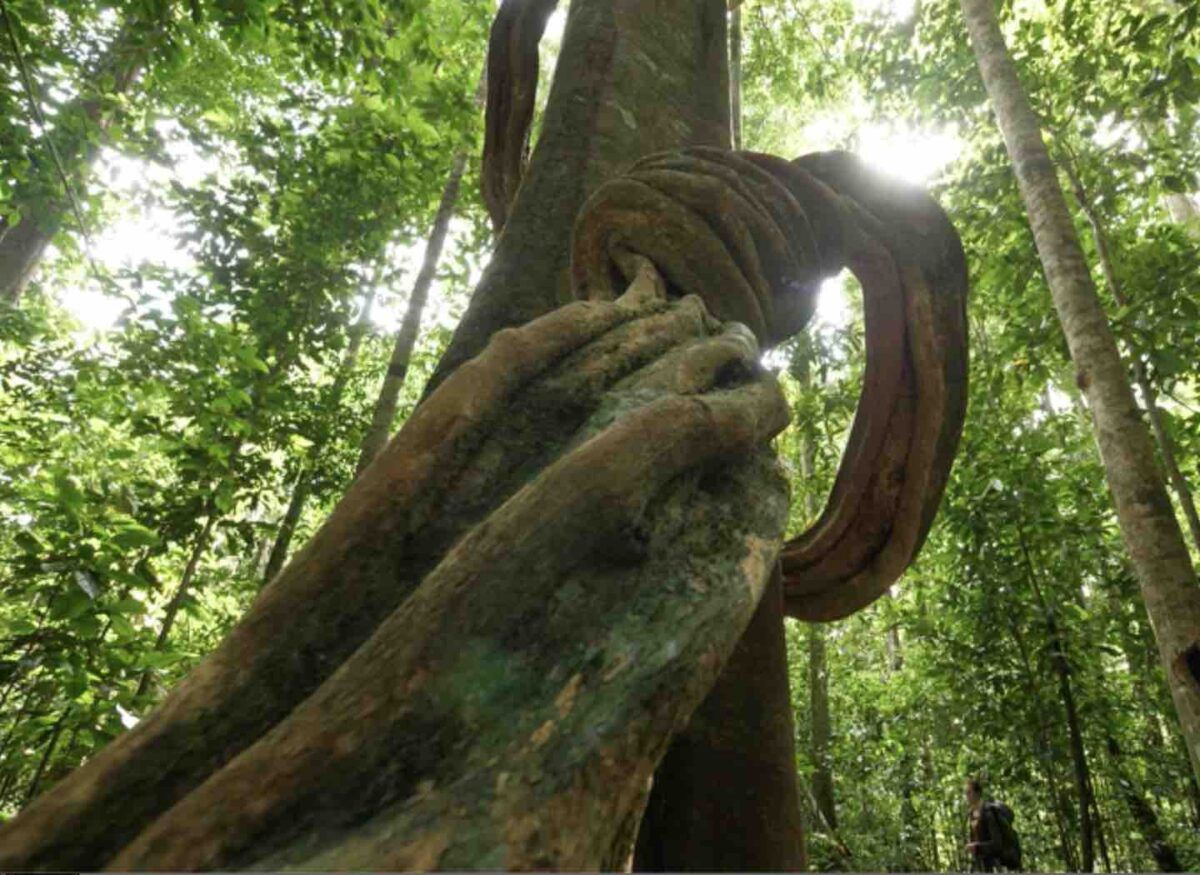 Attachment is the cause of suffering.

This is one of the basic tenets of all major Eastern religions. And attachment comes from ego, which in turn is nothing but a sign of ignorance. Therefore, ignorance (avidya) is the root cause of all negative emotions and cyclical existence, the scriptures say. One would be free from the shackles of samsara if one could rise above one’s ignorance.

“But what causes ignorance, Bhagawan?” a seeker once asked the illustrious Mahavira.
“Attachment.”
“That’s the whole confusion. His Holiness also said that ignorance causes attachment.”
“It’s the seed or the plant situation, which came first?” Mahavira replied calmly.
“Fine,” the man said. “What is the solution then?”
“Awakening.”
“And, pray, what stops a man from being awakened?”
“His attachments and ignorance.” Mahavira smiled, most elusively.

The man clasped Bhagawan’s feet and pleaded to not be cryptic and play games with him.

“This burden of ignorance is unbearable. I’m willing to give up anything to be like you,” he said. “Enlighten me.”
“Give up silver then,” the sage replied.

The man thought that the instruction alluded to relinquishing all material wealth, just as Mahavira had done. And so he vowed right then and there to renounce his material wealth.
“Ah,” Mahavira said. “You misunderstand me. That’s not what I meant at all.”

And so taking the glass chimney off a nearby lantern, he handed it to the eager seeker and asked what he saw. The man replied that he could see through it. Mahavira then summoned Prabhasa, one of his eleven foremost disciples, and instructed him to bring a small mirror. He gave the mirror to the seeker and posed the same question again to which the man replied that he was now seeing his own reflection.

“One is the glass you can see through,” Mahavira said, “and the other is the looking-glass in which you only see yourself. The chief difference between the two is the silver coating.”

“As long as there is silver between you and your soul,” Mahavira continued, “you cannot see through the illusory nature of samsara. This silver is ignorance. This silver is attachment. It’s the veil on your consciousness that prevents you from seeing, acting and remembering the truth which can have many aspects.”

He called it anekantvada, 1 that is, truth and reality is complex and multifaceted. While one can experience it, expressing it is a different ballgame due to the limitations of language and as such it’s not possible to convey the whole truth with words alone.

“As the light beams falling from different angles on this silver coated surface change the clarity and nature of the reflection it renders, so does an individual’s conditioning when it comes in contact with his attachments causing fluctuations in consciousness. Be aware of the silver in your life and scrape it clean. Everything will become crystal clear as a result.”

It was in the temple only yesterday that someone asked me a question about attachments. Without a doubt, no matter how gratifying and fulfilling an attachment may be (they often are, in fact), their severance is painful. And it’s hard to ascertain the degree of attachment, be it with a thing, person, position or anything else, until we are separated from it.

So, what are you attached to? Here’s a straightforward poll:

Most users, I presume, will pick the first option: family and rightfully so. But then again, in our world we see enough people sacrificing their families for other pursuits all the time. When we see the four options above, it seems unlikely that anyone will pick wealth over family but when going through an acrimonious divorce, it is almost always wealth (or kids) that both parties squabble over the most. In other words, what I am saying is that we all know the truth, we all know what is important to us, we know what we are attached to the most but when truly driven to the edge our choices often don’t align with our priorities. We toss out all wisdom and choose to pursue interests that don’t suit us, much less befit us.

And in the face of conflicting choices, this ignorance that engulfs us like toxic smoke in a burning house is what Mahavira called “silver”. And mind you, it’s only in conflict, adversity and severance with the object of attachment that we truly discover its extent.

Mulla Nasrudin was filling out an application for a job in a factory when he came to the question: who should we notify in case of an accident?
Mulla wrote, “Anybody in sight.”

Attachments are not too dissimilar. When the severance of one attachment hurts us, we rarely learn our lesson. Instead, after a period of denial, disbelief, resentment and acceptance (and resentment again, usually), we just move to the next attachment. Conditioned consciousness is a creeper that climbs the nearest tree of attachment. On these vines is the monkey mind hopping about incessantly from one branch to another. Anything in sight. Attachments are why many people often go from one bad relationship to another, one addiction to the next, from one poor choice to a poorer one. Because, the issue is not that they can’t see but that they are looking at the silver behind the glass. We see what we want to see. And perhaps that’s why Krishna called attachments a snare that restrains the one who’s ignorant (asha-pasha shatair badha… BG 16.12).

One way to wipe it clean is to find what matters to you beyond your attachments (asakti) and that comes from wisdom (vidya). To know that we live in an impermanent (anitya) world where nothing is designed to last forever; everything must come to an end (nashvara). That, we and everything around us is constantly changing (parivartanashila). Such is the nature of samsara. To go beyond (tathagata) requires a careful and clinical diagnosis (atma-chintana) of your attachments and then severing them one by one (atma-shuddhikarana). What remains in the end is nothing but pure, unalloyed consciousness.

After all, the whole point of intelligence, of discerning wisdom, is that you can choose your attachments.

Choose carefully. Not just a lot, but everything depends on it.

265 comments on this post. Please login to view member comments and participate in the discussion.