What is a spiritual awakening?

A spiritual awakening is the dawning of the insight: we are One; the separation of “you” and “I” is but an illusion.

These are but some of the questions that arise in the spiritual awakening stages. Our entire life begins to feel like a lie or an illusion because we are confronting the deep-seated beliefs and conditioning that have thus far made up our life.

Patterns are shattered to make way for a new, authentic and spiritual way of life. From within the recesses of our being, compassion, love and empathy begins to flow towards every living being. The deeper we travel along the path, the more we become an embodiment of divinity itself. Bliss emanates from every cell and kindness becomes a way of life.

The journey to liberation is done alone. Until then, walk with os.me, if you will.

1. Does spiritual awakening have to be difficult?

If you want to have any chance at going with the flow of life (and enjoying the process), it’s imperative to remind yourself that nothing is permanent, suffering is okay. It’s individual suffering I’m referring to. The type that makes us feel that life is worthless.

At the root of such suffering is the clinging to our expectations from life, as if we really know how life ought to be. We forget that everyone and everything will one day be separated from us. No one here truly belongs to us permanently.

Your happiness as is your awakening is completely in your hands. The more mindful you are with your words, actions and intentions, the less aggression you harbor towards others and yourself.

The gentler you are with yourself, the happier you will be. More happiness equals goodness. Our world could do with some more.
Be kind. At all times. And, you are awakened. Samsara, even if transient and illusory, couldn’t be more beautiful then.

Continue reading Impermanence, a post that highlights the transient nature of the world through the story of Guru Rinpoche, a young 8th-century Indian mystic. Spiritual awakening can be painful but changing how you feel about it is your choice.

2. Can we experience spiritual awakening without meditation? 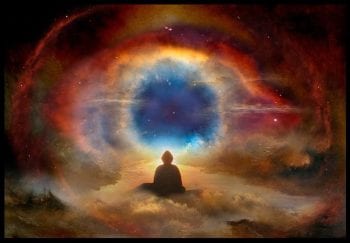 Yes. Meditation is but one of the paths toward spiritual awakening.

I would like to elucidate the concept of bhakti, devotional service. The path of bhakti is not as arduous as dhyana, meditation. However, it requires complete surrender if you want to experience the truth with bhakti alone. Combined with the practice of dhyana, bhakti flourishes very quickly and yields amazing results.

There are three types of devotees (bhaktas). As follows:

3. What is the benefit of spiritual awakening? 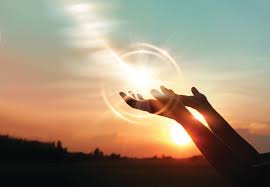 Playing in the act of nature, you can choose from one of the four roles. The more you stick to the same role, the greater the proficiency in acting such a role out. Sometimes a switch is a necessity, at other times, merely a convenience.

I am elucidating the four roles for you. Ascertain which one you are playing presently and then work from there. As follows:

Continue reading Nature and You, to further understand spiritual awakening and the irreversible changes it brings about.

4. Do spiritually awakened persons have sex?

I receive a large number of queries from seekers who are unclear about the role of sex on the path of spirituality, they wonder if practicing celibacy is necessary for self-realization, if, abstinence is a prerequisite to attain that transcendental state.

In order to help you build your own viewpoint, let me offer you four perspectives on sexuality:

Some Vedic texts, notably Bhagvad Gita, equate celibacy to practicing an austerity. In brahmacaryamahinsā ca śārīraṁ tapa uccayatē (Bhagvad Gita, 17.14) celibacy is defined as tapas, penance, of the body. Any penance is done to gain strength, such strength you may use for the fulfillment of a certain objective.

According to yogic texts, celibacy is about chastity and not necessarily abstinence. It is not an austerity one needs to practice to get somewhere, it is simply a way of life to help the practitioner remove distractions and live a life of balance, the middle way.

Tantric take on sexuality is rather unique. It regards the human body as a temple, it considers reproductive fluids as sacred offerings, it accepts all elements as divine, it treats everything equally. Yoga and Vedas are important constituents of any tantric practice. Most tantric rituals utilize yogic practices and Vedic eulogies and mantras.

Sexuality is the basis of your physical existence, it is part of your being. It is as sacred as your love for God and as vital as your breath. Some of the greatest yogis, sages, seers were married. They lived in their hermitages but they had consorts. This is the path recommended by the Vedas, slow and steady, go with nature.

5. What are the after-effects of spiritual awakening and meditation?

Duality is the beauty of our existence. Joy and sorrow, heat and cold, good and bad, they coexist. A state of perfect inner serenity, free from the ripples of selfishness, that arises from meditation not only helps you live through the contradictions of life, but actually appreciate them.

Fearlessness is also a natural byproduct of good meditation. Vedas call it advaita. Fear only arises in duality, in a sense of separation, that somehow you may lose the other one or that they may harm you. But who can harm you when there’s only you around? There’s no fear in a divine union.

This state of perfect union is the final stage of meditation. In this state, meditation ceases to be an act. Instead, it becomes a phenomenon, a state of mind.

Whenever I meditated, deep sensations would continue to build up to a degree that I felt as if my body was not made from flesh and bones but it was simply a conduit of sensations, a container of energy. The container itself was made from nothing but energy. I pulsated as if there was no physical reality to my own existence.

The rigours of meditation aren’t for the faint hearted. Above everything else, in the beginning stages, it requires extraordinary patience and self-discipline.

The sum total of all we have ever been over the billions of years, across myriad life-forms, is eternally present in us, with us, around us. At all times. It’s not just a matter of saying. If you continue to walk the path of meditation, one day you’ll experience, know and understand the truth in my words.

Continue reading Swamiji’s experience of awakening and bliss in Million Thoughts – A Book for Meditation.

What is the purpose of human life? And whatever it is, if any, what's... 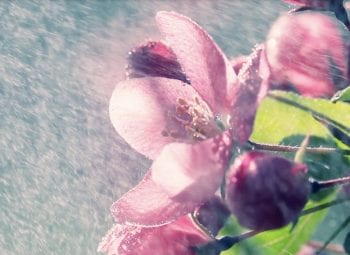 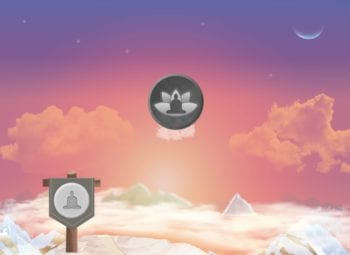 The Purpose of Your Life

If there was only one post you needed to read on my blog, it... 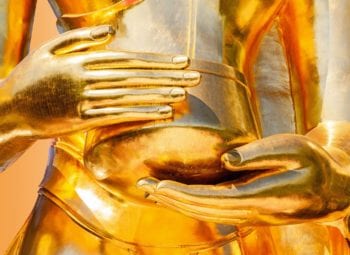 Does enlightenment mean you will forever surf the waves of bliss? 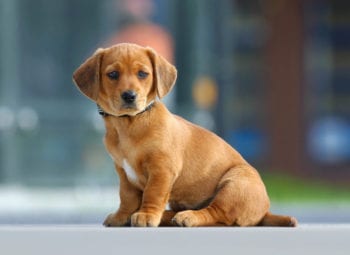 A Cobbler, Dog and God

Here's a beautiful story, a gentle reminder about the purpose of spirituality — to... 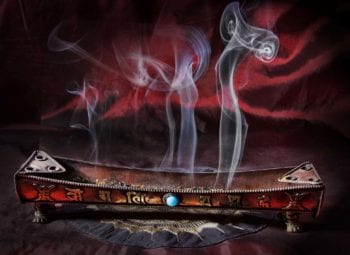 When you learn to observe yourself and your thoughts, you become like an incense.... 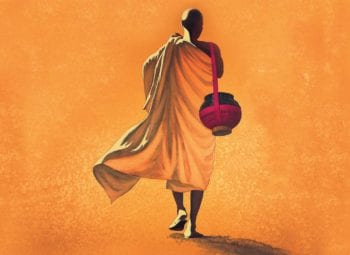 If Truth Be Told — A Monk’s Memoir

If Truth Be Told is my memoir slated to be released next month by... 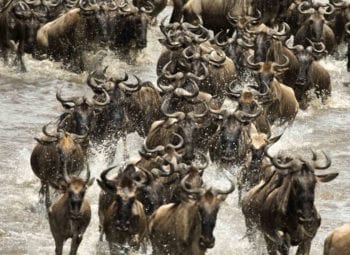 A Life of Lies

This world is a stampede. If you don't fit in, you are either pushed... 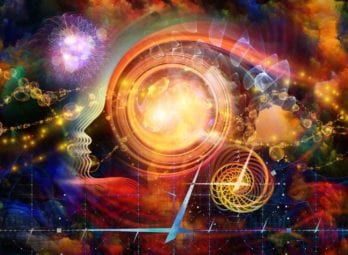 The Question Paper of Life

Sometimes you just don't know the answer. Pause. Reflect. You may be looking at... 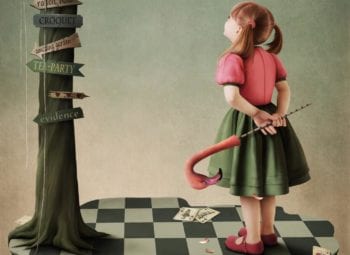 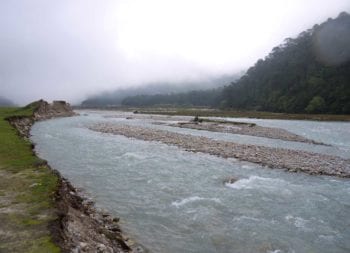 Emotional Transformation – Spiritual Cleansing of Self 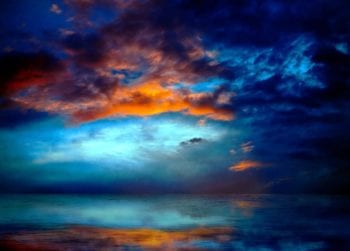 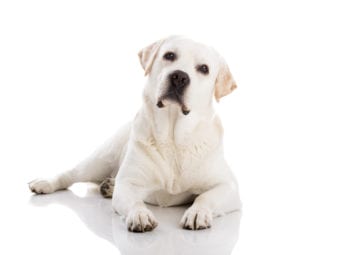 The Silent Agreement of the Faithful

Two regular visitors to the ashram show what unconditional love and loyalty is, not...