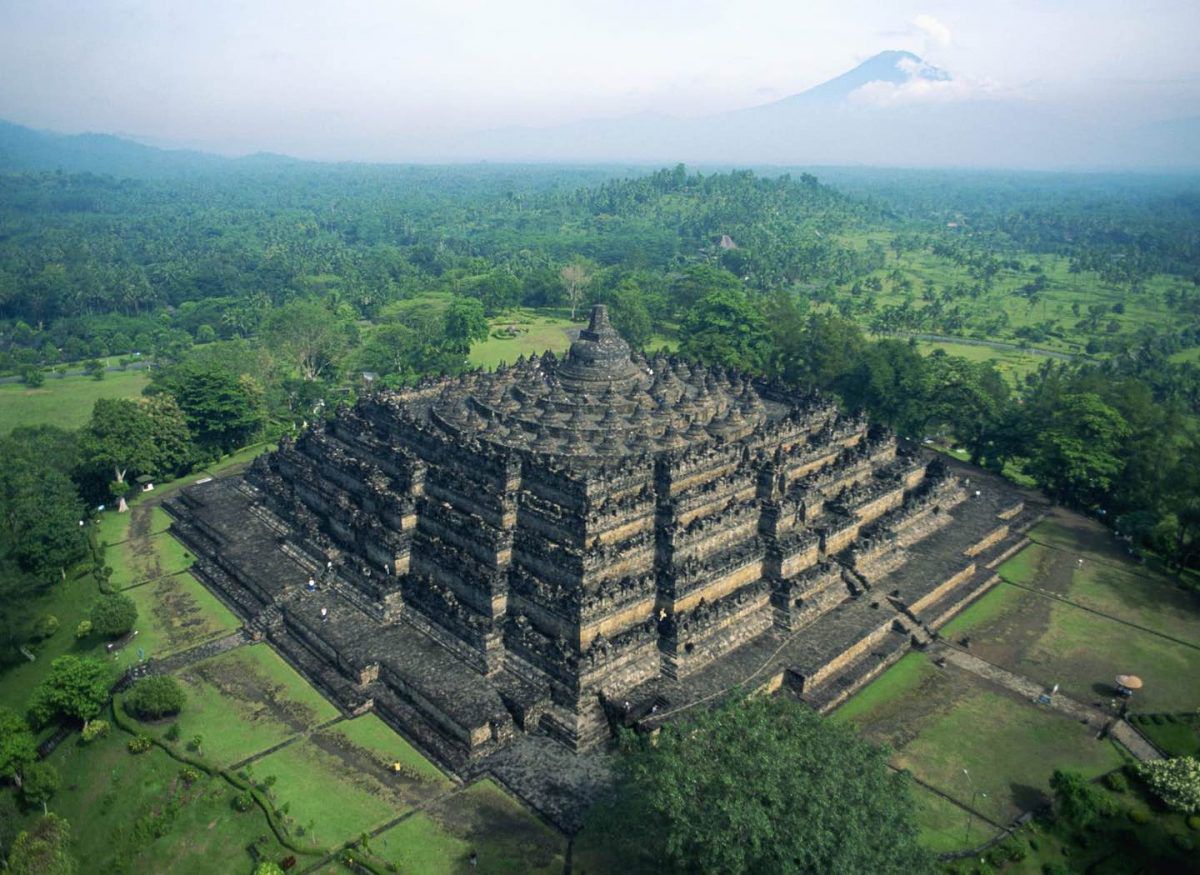 “I’ve studied the discourses of the Buddha, I’ve reflected on my own path and the purpose of life, and yet, I remain unclear and confused as ever,” said the valiant king Gautamiputra.
“Unclear about what? O King!” Nagarjuna questioned.
“About the whole concept of enlightenment. What is it?”

Born roughly 2000 years ago in a Brahmin family in South India, Nagarjuna adopted a more Buddhist view of life as he grew up. His erudition was as impressive as his eloquence, surpassed only by his originality if anything.

“Enlightenment is the most natural but exalted state you arrive at by walking the middle path. It’s the state where you abide in equanimity,” Nagarjuna replied.
“Now, that’s exactly what I mean,” the king countered. “Your answer doesn’t help me. How do I walk this so-called middle path? How do I reach that exalted state you call enlightenment? Can you give me definitive action points?”

Legend has it that Nagarjuna spoke magnificently for the next one hour completely spellbinding Gautamiputra and every single person in the court that day. So blown away was the king that he descended from his throne and touched the saint’s feet to seek his blessings. After his departure, Nagarjuna wrote a letter to the king summarizing his discourse in Sanskrit. Fortunately, the king not only preserved the letter but had it made into a book called Suhrllekha (lit: Friendly Epistle. IAST: Suhṛllekha). He had several copies of it transcribed and distributed throughout his kingdom. Some Buddhist scholars lapped up the precise wisdom in Nagarjuna’s letter and kept replicating it. One thousand years later, circa 1100, the letter ended up with Sachen Kunga Nyingpo in Tibet and formed the basis of the Sakya sect, one of the four major schools of Tibetan Buddhism. Several commentaries were written on the original letter but the exposition by Rongton Sheja Kunrig (1367-1449), who was not only a scholar of the Sakya sect but also the founder of  monastery in Tibet, remains the most authoritative version.

Suhrllekha (SL), laid out, among other things, the six foundational principles of enlightenment. Nagarjuna suggests that anyone living by these principles is sure to attain the highest level of awakening. I may mention that not only do I fully agree with Nagarjuna, I feel the whole notion of nirvana could not be made simpler. Without further ado, here are the six principles (also known as the six perfections of Mahayana, the Great Vehicle [to carry one to Nirvana]) as given by the brilliant Nagarjuna to Gautamiputra:

It’s amazing how easy it is to ascertain one’s spiritual progress not from what, where, or how much they give but how they do so. The intention and humility in charity are what sets it apart from the act of just giving or donating.

In charity, Nagarjuna talks about mastering the perfection (San: pāramitā) of giving which operates at three levels: material, verbal and mental. Material giving refers to selfless donations towards dharma and other noble causes and the mental perfection of charity is covered under morality. For verbal giving, he refers to championing the art of speech.

Each one of us has experienced the joy of making a difference in someone’s life or using our wealth for a bigger purpose so I am not surprised to see Nagarjuna list charity as the first perfection of enlightenment.

I am reminded of a little joke.
“I’ve good and bad news,” Moses said to his men.
“Give us the good news first,” they screamed in unison.
“God has agreed to reduce the number of commandments to only ten.”
Everyone applauded with unbridled enthusiasm and then said, “The bad news?”
“Adultery is still a sin.”

Nagarjuna went many steps further and after instructing the king to practice non-violence, he states:

The web of morality goes far beyond right or wrong. Nagarjuna sees all of the above as predators of morality. Sakya Kunrig took a bit more of a practical approach, however, and suggested that the Buddhist precepts 1 be practiced on at least certain occasions since the average person might find it difficult to adhere to them all the time.

Nothing happens overnight and nothing worth your time is accomplished in haste.

Come to think of it, the chief cause of anger is when we lose our patience. While it may be because we are frustrated, hurt, or upset, the fact remains that as long as we feel patient in our bones, anger doesn’t arise. Buddha placed extraordinary emphasis on not getting angry. Ever.

None of what we wish to do will ever be possible if we don’t have the energy in us. And energy is a scarce resource. We can spend it on things and thoughts that don’t matter or it can be devoted towards better things.

Nagarjuna posited that it is always best to devote our energy to the highest cause, the one that really matters. In case you are wondering, the highest trance refers to one of the finest states of ecstasy called Nirvikalpa Samadhi. I must also mention that words like trance, ecstasy (commonly used to translate samadhi) don’t do justice to the extraordinary state samadhi actually is. Samadhi is not necessarily serenity or a lake free of ripples or even a mind free of thoughts, for one could verily be in samadhi in their waking moments when the mind is fully engaged and working. While it can be many things to many people, in my own experience and humble opinion, it is chiefly a state of blissful flow and ease.

Not surprisingly, particularly after the aforesaid perfection, meditation in some form has found a place in the six perfections of enlightenment by Nagarjuna.

In ways more than one, concentration is the art of disciplining your mind and I am sure you have experienced the tremendous joy that comes when your mind not only listens to you but operates according to you. It gives you the liberating feeling that you are in control of your life.

Ah, of what use is anything if we don’t have the basic common sense of putting it to good use. Nagarjuna, of course, took the higher road and concluded that real wisdom was to abide by the eightfold path given by Buddha.

As good as it gets.

Towards the end, he goes on to say that if anyone was to set the highest goal for themselves, it should be to strive for nirvana. Personally, I feel that nirvana is different things to different people and each one of us is uniquely positioned to add value in this ever-changing and complex world. As long as we are at peace, doing the right thing, and our world is a better place because of us in it, we are on the right track. Nevertheless, in the words of Nagarjuna:

“Why does everyone praise you so much?” Mulla Nasrudin’s friend asked him once.
“Because,” Mulla said. “I never enter into an argument. Ever.”
“And how do you do that?”
“I just stop talking and say you are right.”
“But, that’s wrong and irrational,” his friend said. “Sometimes, you have to take a stand on certain things.”
“You are right, my friend,” Mulla replied.

I will let you carve out your own truth from all that you have heard, read, experienced, and understood all these years. From your own perspective, you’ll be right.

At any rate, I hope the grapes are not sour.

Important announcements:
1. Did you know that we launched a Q&A Forum on os.me some two weeks ago? Go here or simply access it from the homepage. A big thank you to our moderators and fellow members who have been helping each other.

218 comments on this post. Please login to view member comments and participate in the discussion.