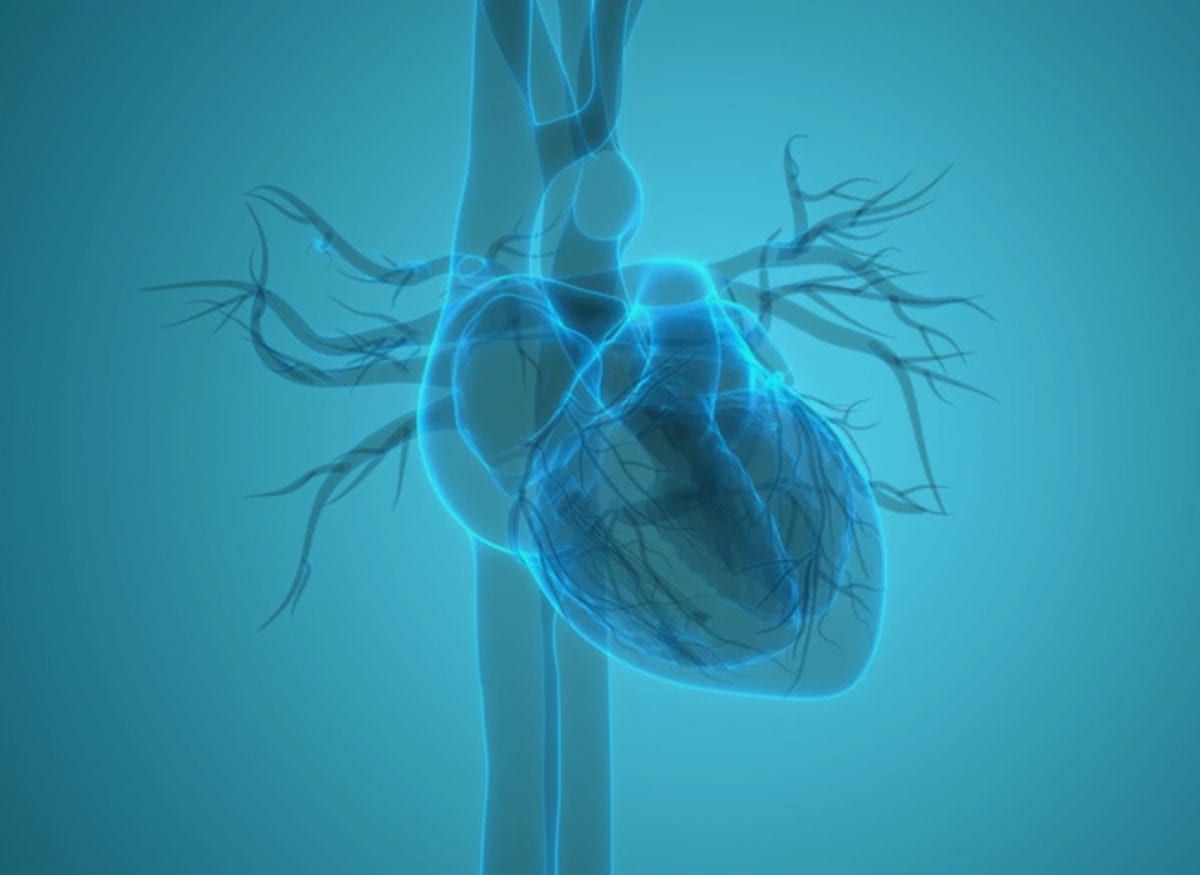 A lot of what we feel or want is not due to our psychology but our biology.

My father was thirty-three years old and my mother twenty-nine when they had me (I’ve shared that story in a bit more detail in my memoir). To this day, I’ve only ever heard my father speak on one of four matters passionately: country, politics, education, or health. While growing up, if we complained about what we didn’t like in him, he’d listen for a while, then often, though not always, say sorry, before going on to annihilate our reasoning. His logic was impeccable but his delivery could be better.

Seeing that he was listening, my siblings would use the opportunity to give him feedback on “areas of improvement”.  Being too young and bored, I would often be a disinterested witness who couldn’t wait for these conversations to end. Truth be told, I couldn’t make heads or tails of most of these talks.

Seeing how fervidly my father, brother, and sister were locked into a debate, sometimes my mother and I would give each other side glances and giggle. Once the clock hit nine, she’d get up and leave saying she had to sleep. And I left with her. The point here is not how these discussions went but how they ended. Always in the same way. Almost. My father would say this one line in the end. I can remember him saying that even when I was six or seven years old and he, just about forty.

This was his defense, comeback, and conclusion. Here:

I’m an old man, I can’t change myself.

If we laughed and tried to counter it, he’d simply repeat, “Really, I’m an old man, I can’t change myself.”

At times, he’d then get up and make a nice cup of tea or coffee. And the discussion would start from the beginning, all over again. With only three participants this time.

There are a million things we want to change in ourselves. We don’t want to be sad, angry, negative, or petty-minded, and yet our brain ignores our intentions like we don’t matter. I see relationships crumbling because what the man wants is not what the woman can give and vice-versa. For the sake of making their lives easier, both want to change and adapt to each other’s ways but often both fail miserably. Usually, the man continues to fool around and the woman keeps feeling let down. Or, the other way around. They keep making promises to themselves and each other only to break them the next moment.

Powerful, successful men throw away their lives, careers, and families by venturing out of their marriage, for example. They don’t want to think of other women, tell lies, cheat or act on their sexual thoughts. They regret it, they don’t want to do it, and yet nothing stops them. Women do it too, of course; once they have fallen in love, it seems, no one can talk them out of it. It wrecks them emotionally, mentally, and in every other way. She doesn’t want to think about the man who’s not that much into her or the man who gives her grief and cheats routinely but she feels her power to reason, to put her own wellbeing in front has been robbed by nature.

Don’t you think it’s strange that we want to change, we try hard to change, and thankfully we do change, but the fundamentals of how and who we are remain unchanged. You know why?

In Khalil Gibran’s Little Book of Wisdom by Neil Douglas-Klotz, there’s a nice story. As follows:

One nightfall a man traveling on horseback towards the sea reached an inn by the roadside. He dismounted and, trusting people and night like all riders towards the sea, tied his horse to a tree beside the door and entered into the inn.

At midnight, when all were asleep, a thief came and stole the traveler’s horse. In the morning the man awoke and discovered that his horse was stolen. He grieved for his horse and that a man had found it in his heart to steal.

Then his fellow lodgers came and stood around him and began to talk.

The first man said, “How foolish of you to tie your horse outside the stable.”
“Still more foolish, without even hobbling the horse,” said the second.
“It is stupid at best to travel to the sea on horseback,” another one said.
And the fourth said, “Only the indolent and the slow of foot own horses.”
“My friends,” the traveler cried, “because my horse was stolen, you have hastened one and all to tell me my faults and my shortcomings. But strange, not one word of reproach have you uttered about the man who stole my horse!”

We too have a thief amongst us, you know. This thief can overpower the mind, heart, principles, beliefs, and everything else you hold dear or anything that matters to you. We underestimate the power, importance, and intelligence of this thief. This one reigns supreme. When he (for some strange reason, the masculine pronoun seems to do more justice to the term thief, no? Smiles.) decides to barge in everything else becomes secondary. The teachings of your guru, the presence of the divine, the promises you might have made to yourself or someone, they all fade away when he holds you to ransom.

I call this thief “Biology”. Numerous times what we want or are driven towards is not governed by our psychology but our biology. You cannot override your biology beyond a certain point. You can’t say, for example, I have vowed to never breathe again or that I will not feel hungry. The risks you are able to take in your twenties, you just don’t feel the same way anymore in your forties. Sometimes we are sad or depressed not because life isn’t good but because we haven’t eaten. The food we eat is the building block of our hormones.

There’s little wisdom in finding the truth of our base feelings and desires in psychology when they can be adequately explained, and are driven, by biology. Religion, rituals, society, and upbringing, etc. can pacify the mind but they cannot overrule what we are made of. Meditation and similar practices can affect physical changes in our brain. But then again, so does playing chess or learning a musical instrument, or even playing video games. Just because it’s called “meditation” or “praying” makes it spiritual? I hope you see the absurdity in that.

To manipulate those around us, in an attempt to give humanity a framework, we have created numerous shoulds-coulds-woulds. In doing so, we have placed upon ourselves an unnecessary and unreasonable burden. Most of us are eternally stressed about making life work. Some of us are busy discovering the truth and many of us are busy hiding our truth(s).

A journalist was interviewing Mulla Nasrudin on his 100th birthday.
“Sir,” he said, “if you could be young again, do you think you would make the same mistakes?”
“Certainly,” Mulla said. “But, I’d start a lot sooner.”

Our notion of success is flawed and our definition of morality, hypocritical. Most of our truths are borrowed and our lies forced. Humanity is violently entangled in its own net. No matter how smart, sharp, or intelligent you are, you cannot beat biology. It’s what we are made of. You can pause it for a wee bit, you can postpone it but you can’t dodge it. It’s a lost cause, a lost battle.

There’s some truth in it, after all: I’m an old man, I cannot change.

That, however, shouldn’t stop us from trying. Who knows when something might click and changes your perspective forever. The biology will remain the same but a new way of seeing life will now bring joy upon seeing the same things that once caused grief. You accept your biology for what it is, and such acceptance will inundate your consciousness with profound peace and lasting change. People wouldn’t have to lie, cheat, manipulate or intimidate each other if we could accept that a lot of what we are attracted to is induced by biology. Nature couldn’t give two hoots about our skewed and self-serving concepts of love and morality. If anything it must laugh at human ignorance. Our progress and intelligence have vastly improved our living, our life, however, remains a different story.

That, between biology and psychology, ultimately the former will win, is a foregone conclusion. The only hope is that we can open up our minds to live in line with how nature made us, not how we wished it had made us.

As Wayne Dyer said, “If you change the way you look at things, the things you look at change.” In fact, this is awakening.

P.S. Be sure to catch the inspiring talk between Medha Shri and the star boxer and Olympics medalist, Vijender Singh, here.
And, don’t forget to join the live Black Lotus global meditation on 14-Feb at 8:30 am IST.

284 comments on this post. Please login to view member comments and participate in the discussion.

The Art of Attention
Respect