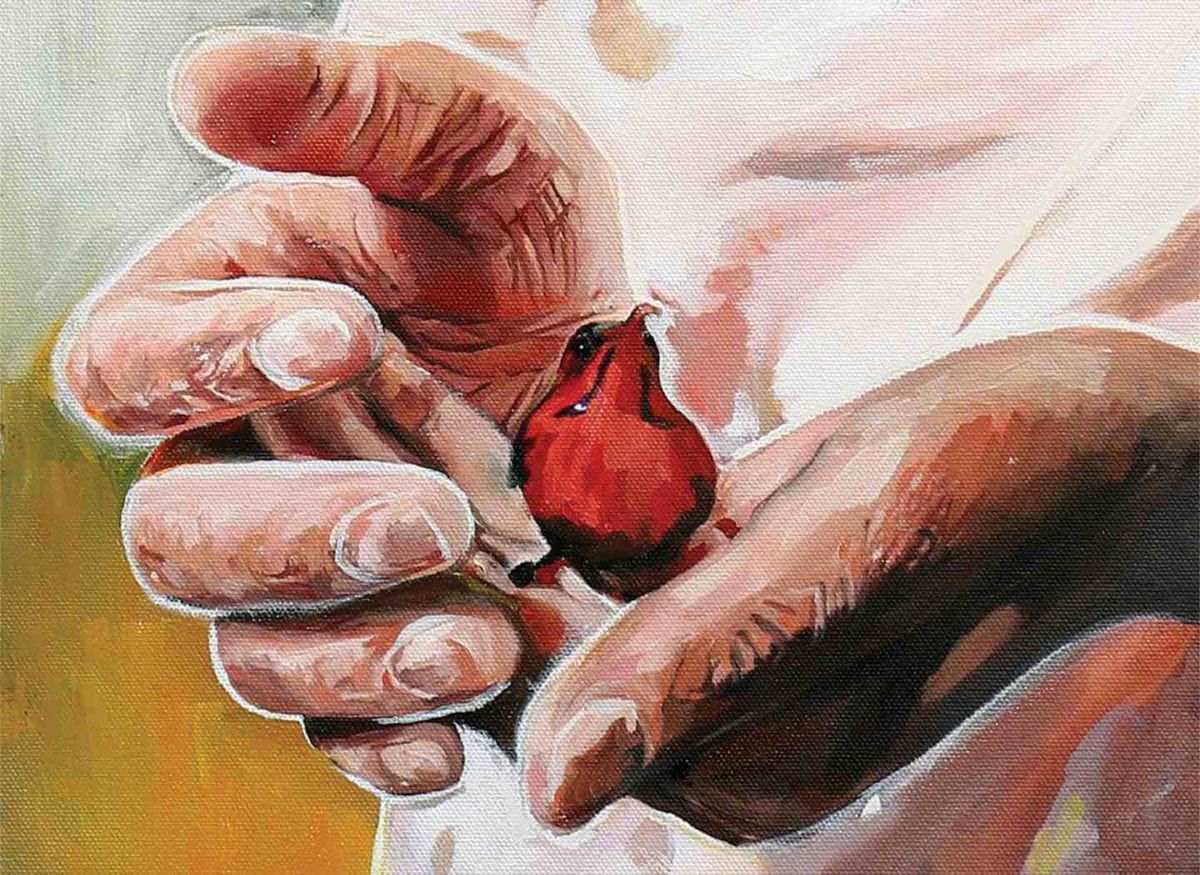 Here's a beautiful story to make you think this weekend...

The ministers were singing the glories of their king, Krishnadevaraya, who was the emperor of Vijaynagara. The king was swelling with joy and pride. After all, it was because of his able rulership that the prisons were nearly empty, his treasury and granaries full and that the citizens paid their taxes.

“Since I’m a loving, upright and an honest person at heart,” the king said, “it is but natural that my subjects are like me.”

The courtiers agreed wholeheartedly and spoke at length of the virtues of their king. The special advisor to the king, Tenali Rama, however, kept quiet throughout.

“Why, Tenali Rama,” the king asked noticing the disapproving look on his face, “don’t you seem too happy to hear about my qualities?”
“Who can deny your goodness, Maharaj!” Tenali Rama said. “It’s just that, I think differently on this matter.”
“How?”
“Surely, your virtues matter and inspire people, but that’s not the reason why they pay their taxes on time or refrain from any form of misdemeanor.”
“Then?”
“It’s because we have the right system in place. Without that, the scene would be very different.”
“I disagree,” the king said. “People are good because they are inherently good.”
“Sure, Maharaj. But the truth is also that people have desires and needs that repeatedly veer them off course. So much so that even the finest people sometimes struggle to put the state’s interest before their own. If our governance wasn’t the way it is, the very same people would behave dishonestly.”

The ministers and the king vehemently disagreed with Tenali Rama and asked him to prove it, a challenge he took on gladly.

The very next day, an announcement was made asking people for a mandatory contribution of twenty percent of their day’s milk production for the upcoming festivities. A big vat was placed on a cart in the middle of the town and a day was set when everyone would come, climb up the platform and pour milk into the vat. They were told that it was based on the honor system and that their king had full faith in the goodness and honesty of his people. Once the sun set, the cart would be pulled by bullocks and taken to the royal kitchen.

Everyone gathered and pledged to contribute their bit. People talked amongst themselves praising their king, some even said that they would happily give an entire day’s milk production from their cattle. The whole town was upbeat and every person informed every other.

“Where are you taking this jug?” the wife of a poor man asked him on the appointed day.
“You know where! To donate 20% of today’s milk production.”
“You think your one jug is going to get noticed? Who will feed our children?”
“But, I must go,” the man contended. “All our neighbors are going.”
“Go,” she said, “of course, go, but, let me give you the right quantity of milk.” With that, she took the jug from him, nearly emptied it and then filled it with water. “Just put your hand in the big vat and pour it. No one will notice.”

Elsewhere in the town, a rich man was scolding his wife for filling a big can of milk.
“If I started giving like you, soon we’ll be on the streets!” He took the can from her and gave her another one that had 90% water and 10% milk. “It just has to look white. When the whole town is giving, one can of milk or water won’t make a difference.”

Hundreds of people made a beeline for the vat and it was not even midday when it was full already. Another one was placed and by the time the sun had set, not one, two or three, but four vats had been filled and taken to the royal kitchen.

“Well, Tenali Rama,” the king said pointing at the full vessels, “see that? How charitable and kind my people are!”
“Absolutely, Maharaj. If your excellency permits, may we start boiling the milk and extract the cream or else it’ll go bad in this heat?”

Soon, when they started transferring the milk into boilers, it looked much thinner than usual, as if it wasn’t milk but butter milk. Nevertheless, when the time came to extract the cream from the boiled milk, the yield was not even five percent of the expected output.

“Maharaj,” the royal chef informed the king, “forgive me for breaking the sad news, but the milk was anything but that. It was all just water, 95% of it was just water.”

Krishnadevaraya was quite upset and his courtiers quiet.

“I never imagined that my people could be so dishonest. Have I been such a bad king that I couldn’t inspire them to do good on their own?”
“Maharaj! Please,” Tenali Rama said, “neither you nor our people are bad. To cut corners is human nature. Everyone thought that their little bit of milk was not important considering the entire town was giving some. And in the absence of any check, most of them merely did the formality of showing up and pouring something, even if nearly water.”

So it is with kindness; we may think how will a little act change the world, but it does. Every action counts. Every drop matters. Every thought matters.

This post was inspired by the questions from a couple of users who asked in the Swaminar (using the Black Lotus app) whether small acts of kindness would actually make a difference to the doer or the world.

We tend to think that to change the world, we need something grand happening at a massive scale. So massive and so grand that it’s clearly beyond one person or a small group of people. The truth, however, is that nothing would happen if everyone thought that someone else would do it, or what difference would a small act make. It does, it will. Always has. Whether a mound or a mountain of sand, they are made up of tiny grains. If we took away one grain at a time, there’ll be a moment when nothing will be left.

Goodness and kindness are nurtured by living and experiencing such virtues in our ordinary lives, in our daily actions. Gradually, they seep into our consciousness and become our second nature. What’s more, virtues are contagious. When a group of people start to live in a manner conducive to everyone’s wellbeing and welfare, others around them adopt that way too. No doubt, like any other transformation, that it’s a slow and a long process but it works. Just look around see how nations, cultures and religions have evolved. Some more progressive than others.

A man was immersed in reading the newspaper when he peeked out of it and said to his wife, “Can you make me a cup of tea, please?”
“Tea!” the wife exclaimed. “Aren’t you gonna go to work today?”
“Oh sorry… I thought I was at work.”

Kindness is not charity, if anything it’s sincerity. An insincere person finds it hard to be kind or compassionate, for it’s very simple at the end of the day: if you are sincere in what you do, you will be thorough in every endeavor you undertake. You realize that mastering anything, be it an emotion or a craft, requires a persistent and quality effort made up of a series of baby steps you take towards your goal.

Every kind act is a deposit in your spiritual bank account, it all adds up. If everyone produces enough compassion, the GDP of kindness will go up automatically.

Every small butterfly, every bee, every bird contributes to turn plain vast fields into dense forests. The tiniest amount of pollen and seeds they carry and drop here and there, each one of those grains matters.

Why? Everything and everyone matters in the grand and incessant play of nature. You do too, as do your actions.

Let’s fill our world with goodness and kindness. A lot of people need your help. Just look around and you’ll know what I mean.

On a different note, I was touched beyond words when many people got together and penned down The Book of Faith, their experiences with me. Written by Navjot Gautam and other contributors, and, as always, edited and compiled by Sadhvi Vrinda Om, this book has many stories that even I enjoyed recounting. The featured image you see at the top of this post has been taken from the cover of The Book of Faith. The Paperback will be available in a few days’ time, the Kindle edition is available right away. Here are the relevant links if you wish to read this book.

The Purpose of Your Life
Two Pillars of Top Health