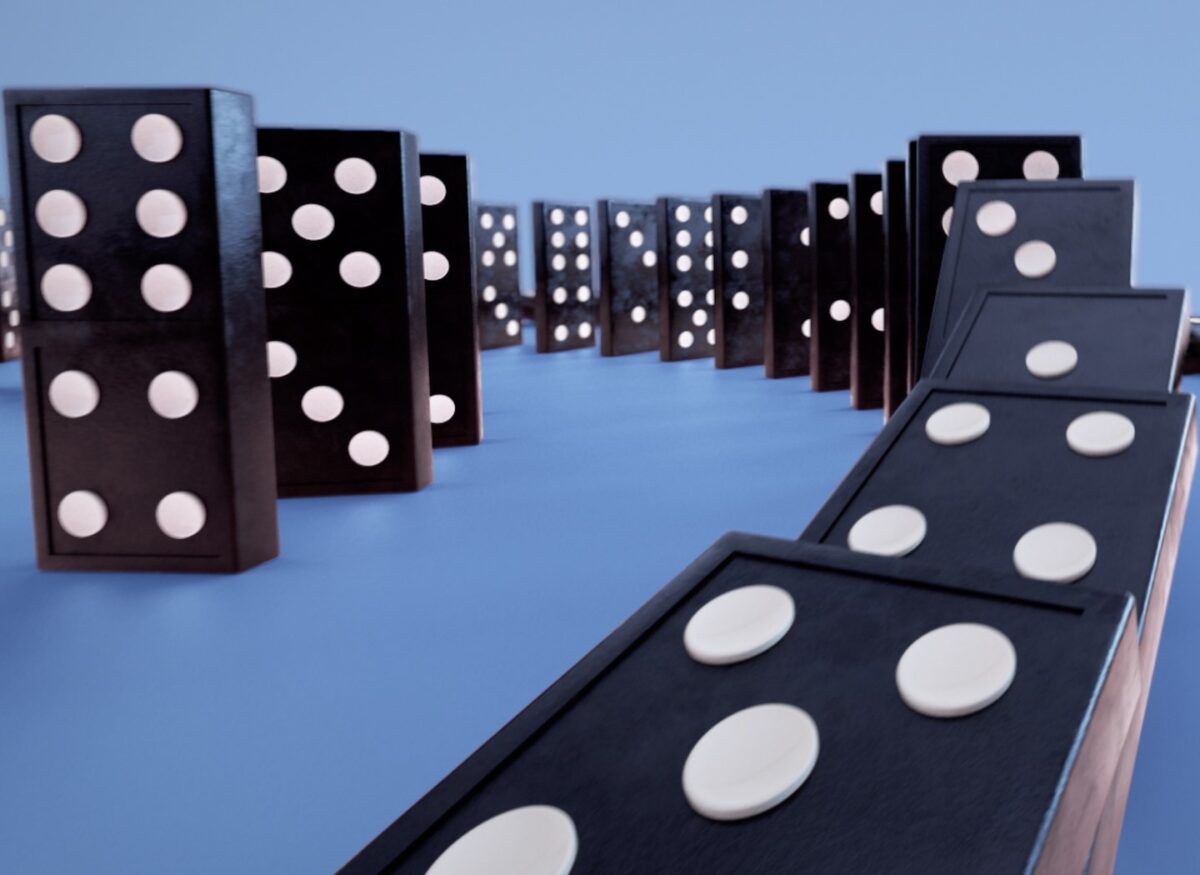 When I work with bright CEOs and entrepreneurs, often the difference between success and failure is so palpable. It’s like within the first few minutes, you know right away if this person is going to take his/her career and company to the next level swiftly. Their openness, courage, enthusiasm, experience, and competence all play a huge role but above all, it’s their ambition. A leader without a spine and ambition will slow down the entire company eventually hastening its collapse. The only thing worse than having a leader who has no ambition is perhaps having one who has temporary ambition. These leaders get excited about something, make resolutions, and even some changes, but a few days later they go back to their old ways. They cause irreparable damage to the enterprise.

It may sound unrealistic but the truth is that a startup cannot afford to slow down. There’s no time to take things easy. I’m not suggesting that you set the pigs flying (what a visual) but if as a startup you take months before you rollout anything new or execute any aspect of your strategy, you are too slow already. The company will perish. Am I suggesting that companies that move fast don’t fail? Sure, they do too. But the startups that go belly up much more are those that behave and operate like large corporates, the ones that move at the pace of an elephant when they, in fact, should be zipping through like a cheetah.

Without further ado, let me share three essential, if not downright critical, aspects of success in business. All three headings below have been taken from Amp it Up. They were so good that I didn’t want to tamper with them. In fact, I may as well call this post a review of Amp it Up by Frank Slootman because not only do I refer to his work throughout but most of its content is directly inspired by the book. Of course, I rely heavily on my own experience too.

Declare War [on Your Competitors and Incrementalism]

It’s interesting how some of the best minds in the business world equate running a startup (or any company for that matter) to being in a war. Ben Horowitz also speaks about the two kinds of CEO: Wartime CEO and Peacetime CEO. He says, “Wartime CEO thinks the competition is sneaking into her house and trying to kidnap her children. Peacetime CEO strives to tolerate deviations from the plan when coupled with effort and creativity. Wartime CEO is completely intolerant. Peacetime CEO does not raise her voice.”

When people within a company are too worried about avoiding conflict and friction, they are most likely to make decisions that are not in the best interest of the organization. When you are running a company, you are not the captain of the ship going through choppy seas. Instead, you are more like the general leading his/her troops through the battlefield. In the absence of that urgency, without such a mentality, a team becomes complacent all too quickly. I’ve seen that happen countless times.

It’s no exaggeration to say that business is war. Either you already have a turf, and you have to defend it against all comers, or else you have to invade somebody else’s turf and take it. We are playing defense and offense at the same time. Either way, conflict is inevitable. Only the government can print money; the rest of us have to take it from somebody else. I love a win‐win deal as much as anyone else, but it’s much more common that business is close to a zero‐sum game.

Frank Slootman places a lot of emphasis on putting “execution ahead of strategy”, to just get on with it and do it. You may as well watch the paint dry otherwise. As they say, “if you don’t know how to execute, every strategy will fail, even the most promising ones.” 1 If your people can comfortably push deadlines and delay delivery, there’s something seriously wrong with the company. You have either the wrong leader or the wrong team or both.

Another human tendency is to approach things incrementally, from an abundance of caution. It feels safer to inch forward rather than take bold leaps. Incrementalism is about avoiding risk by building on whatever has already been achieved as a stable foundation. But merely trying for marginal improvements on the status quo carries its own risks. 2

The idea is not that we toss all caution and wisdom out the window, but at the same time, we’ve got to know whether we believe in our pursuit or not. If we do, why hold back then. And if we don’t, why bother with it at all. And this leads me to the next point:

Complacency is the biggest enemy of growth, it’s that termite that will one day leave nothing in the company but a mere skeleton and that too will crumble soon after without any preamble. Urgency is the opposite of complacency. It’s not only easy and natural to be complacent, in fact, it’s comforting too but its price is too high. That’s how we do things around here, I can do this tomorrow, there’s no need to innovate, it’s just working fine, but what’s the rush, etc. are phrases most frequently used in work cultures that are complacent.

“Grow Fast or Die Slow” is the title of a 2014 study by McKinsey & Co that examined thousands of software and services companies between 1980 and 2012. It concluded that growth trumps everything else as a driver and predictor of long-term success. “Super grower” companies, which McKinsey defined as 60% or more annual growth, had five times higher returns than medium growth companies (which had less than 20% annual growth). Super growers also had an eight times greater likelihood of reaching $1 billion in annual revenue.

The study found that when evaluating a young company, growth matters even more than profit margin or cost structure. Increases in growth drove twice as much valuation increase than equivalent improvements in profitability. No correlation was observed between cost structure and growth.

Whether a smallish company or a huge conglomerate, I have never seen one turned around without building a sense of extraordinary urgency into the culture of the organization. Although Frank contends that profitability comes later as growth is more important, and it’s not a view that would hold water under all circumstances, I do see the merit in this argument. If you have a small profitable company versus a company that’s growing meteorically but not profitable yet, which of the two do you think the investors would prefer? Make no mistake, ultimately any enterprise has to be profitable but on its own profitability cannot be the chief goal of a startup, it should be the creation of value and ensuring that more and more users benefit from that value. The rest just follows.

But, slow and steady wins the race, right? Right. Let’s not forget, however, that the tortoise ran as fast as it could without ever stopping. In other words, it kept moving to its optimum potential with a sense of urgency.

Do you have people in your company who think it’s important to check with you before making any important decision? Discourage that if you are serious about growth. Today, they are coming back to you only for important decisions and if you don’t put a stop to it, tomorrow, they will check with you before making any decision. This usually happens when you end up with people who are too timid to take bold decisions. This can also happen if the culture within the organization is such that people are penalized for taking wrong decisions. Either way, it will hurt you and the company. Ideally, what you want is to hire the best people who are competent, bold, and team players. Do you have those ones who are good at what they do but don’t want to participate in meetings and love working in silos? In the long run, they’ll do more harm than good. 3

By team players, I don’t mean people who necessarily get along with everyone but those who are open-minded and active listeners. Team players understand that amazing things can happen when you work in tandem with the right people. They don’t mind doing the heavy lifting. Passengers are the ones who just trudge along and are not really a part of the solution. They have little skin in the game and no particular vested interest in whether the company succeeds or goes under.

Frank Slootman makes a persuasive argument against silos and devotes an entire section to “the dangers of silos” in his book. Once you have made the mission and vision of the organization clear (and be sure to reinforce it at every opportunity), it’s time to align your people and culture. Get rid of those with poor attitudes and those who refuse to work in a team. Those who prefer to work in silos may produce good results but it won’t be aligned with the vision of the organization because they won’t know where it’s headed, to begin with. Competence and all is essential but the number one quality of every one of your hires should be that they are great team players. Patrick Lencioni gives a great framework in The Five Dysfunctions of a Team, that you can use to see how functional your own team(s) are. 4 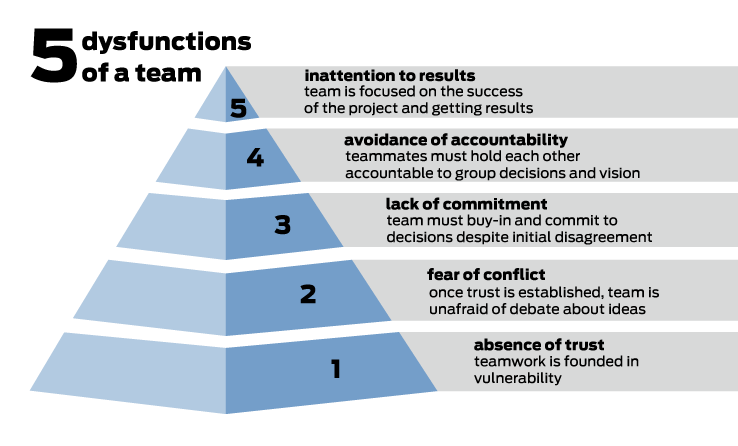 At any rate, all perks, incentives, and benefits in the company that are given to its employees should ideally be driven by and based on customer success. Not to mention that is only possible if every single person in the company cares about its mission. And how exactly to achieve that? Reflect on and adopt the three points in this post. 5

Finally, you need a leader to build a company. Managers can run, they may even grow, but they are not designed to deliver breakthrough innovation. And the hallmark of a great leader is that they are not afraid of taking charge and putting their career on the line. They take ownership and responsibility. Oh, and leadership, at every level, is a lonely affair.

As Frank wrote in conclusion, “Great leaders have great outcomes.”

There are many different paths to superior outcomes in business. You will have to find your own path, one that suits your temperament, disposition, and natural aptitudes. Therefore, don’t try to copy or emulate other leaders—including me. Don’t ask yourself in tough situations, “What would Frank do?” That will only slow down the process of finding your own path. The goal is to “become a truer, more honed, more effective version of who you already are.”

Whatever your priority in life, if you choose to not step on the gas, it will be a tiring and long, even never-ending, journey. If that’s how you prefer it, that’s fine too. Your call.

Finally, nothing guarantees success in a business. But there’s one thing that guarantees failure: a lack of massive and immediate action.

165 comments on this post. Please login to view member comments and participate in the discussion.

The Six Stages of Awakening
Are You in Love?