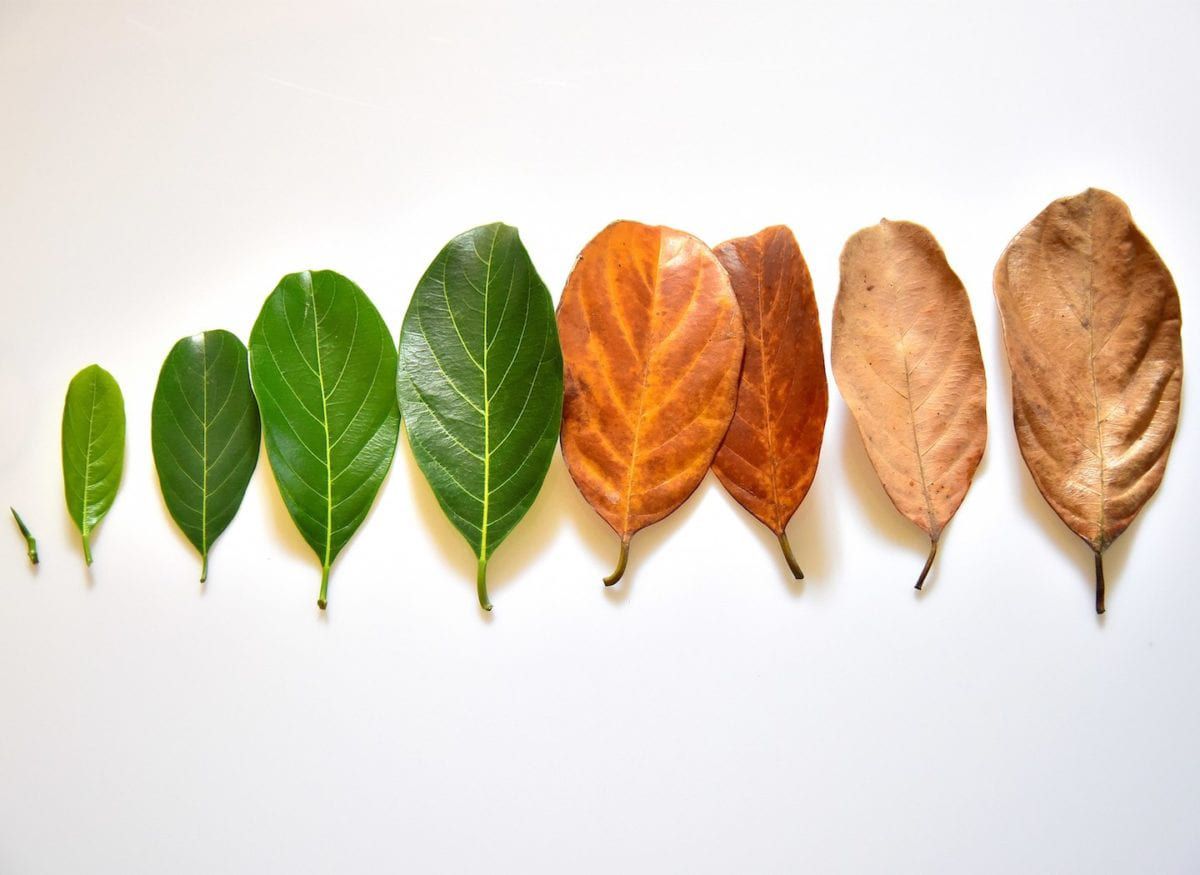 My admin team received this message in the wee hours of the morning last week from a loving and distraught husband. He then wrote requesting a personal message from me, that it had been his wife’s last wish. I replied that he was not responsible as she was mentally quite unwell.

I had met his wife last year in person for a couple of minutes and then again in a group. She believed that some energy was causing her harm. Considering her condition, I was certain that she needed immediate psychiatric help plus medication and advised her as much.

When you see suicidal signs in your loved ones, they need immediate medical attention.

She was suffering from a disorder of the brain, and it had nothing to do with tantra, kundalini, energy, or Aghori rituals (various words she used in communicating with us on multiple occasions).

I repeatedly urge patients to go to qualified medical professionals or therapists and not tantrics, healers, gurus, and astrologers when they are sick or show symptoms of sickness or, in this case, suicidal signs. But usually, when I tell them that, they conclude, I know not of these things, that I don’t understand the power of tantra. They then go elsewhere seeking answers, often splurging a lot of money and time. How an educated mind falls prey to such mumbo-jumbo is beyond me.

Suicide is one of those things: difficult to come to terms with. The ones left behind are never released from the rattling chains of “why” and “what-if” feelings, that, perhaps they could have prevented it when they noticed suicidal signs. At almost every event, I meet someone who is trapped under the giant rock of guilt because one of their loved ones decided to take their own life. It’s sad and one of the most challenging parts of my vocation.

I wish I could tell them that it’s not their fault. In fact, I do tell them. No one is responsible for a soul’s departure from this world, not even the person committing the suicide, or with a person with suicidal signs because my view is that while it may seem one has done it out of choice, in reality, life or death, such an extreme step represents the mind’s failure (and not a conscious selection) to convince itself to remain committed to life. Suicide or suicidal thoughts are not a choice but a fixation.

Death is an important question. Ironically, an existential one. And at times, the human mind is convinced that death is no longer the question but an answer, the only answer, specifically when it comes to suicidal thoughts.

A few years ago, I read Chess Story by Stefan Zweig. It’s a beautiful novella and one of the finest books I’ve ever read. I’d put it right up there with the works of Albert Camus.

Stefan Zweig was deeply influenced by the French essayist Michel de Montaigne, whose works he discovered purely by chance during a solitary retreat in Brazil. While there, Zweig had become so obsessed with the idea of a voluntary exit from this world that after he and his wife mailed the manuscript of one of his books to the publishers, they ended their life the next day.

Will Stone writes in his translation of Zweig’s eponymous work Montaigne, “Crucially, it was Montaigne who ‘assisted’ Zweig’s suicide, particularly through the essay ‘A Custom of the Isle of Cea’, whose principal theme on life or death is the question of a willed death, the idea that it is more noble for a man of ideals to depart voluntarily when life becomes unbearable than to remain alive at all costs.” 1

The most just death is that which is most willed. Our lives depend on the will of others, but death on ourselves alone. There is nothing to which we should apply ourselves more than this. Reputation has no place here and it is folly to think of it. Life is servitude if we lack the freedom to die. 2

If Zweig and Montaigne are to be believed, the fairest way to depart is at will in choice of life or death. Personally, I am not sure if a voluntary exit is the “most just” death. On the contrary, I feel the glory of human existence, the beauty of creation lies in its spontaneity, in its uncertainty. The vast universe that surrounds us carries in its soul a kind of unpredictability that makes death as mystical as our lives.

In other words, there’s immense, even if incomprehensible, wisdom of Providence in how we die and that we don’t control when we may. That death is not a choice is the only certainty in the whole of the universe. Call it a lack of courage or the triumph of hope over anguish, the fact that most of us can’t just leave our bodies at will contributes to the allure of existence.

Besides, the methods of voluntary departure are either painful or illegal in most parts of the world (except voluntary euthanasia or physician-assisted dying, which are usually only accessible to terminal or incapacitated patients). The luxury to die at a time of your choosing is reserved for the one who has perfected the art of yoga and attained a certain oneness with the universe. Even in that case, the yogin often sacrifices this choice for the better good of this world. For, how can there be any fear of death for a liberated soul?

That doesn’t mean they run around searching for sun-bathing crocodiles with open jaws to stick their necks into, just that they are not afraid of letting go when it’s time to go. Indeed, one of the greatest rewards of awakening is that it takes away your fear of death.

All said and done, the purpose of this post is not as much about dying as living. Life is a privilege. Therefore, it is of paramount significance that you walk the path of freedom and fulfillment while you still have the strength before you feel “eaten away by the fatigue of life.” Or start thinking of suicide as an option. 3

It’s harder to regain your strength when you are battered by life. And yet, we can’t afford to give up on our quest for freedom. Hence, the word liberation is used to mean emancipation. Probably that’s why, the scriptures call it moksha – severing your attachments (the source of bondage), or nirvana – extinguishing your desires and fears. The quest for freedom is the ultimate journey. The soul yearns for liberation; we want to be free in love, in our dreams, hopes, and pursuits.

There are four aspects of liberation in terms of life or death:

Freedom, however, does not mean that we can say and do anything we want but that we know what we can say and do. In other words, reckless living is not synonymous with freedom. When I use the term freedom, I mean responsible freedom. A term I first read in the works of Nelson Mandela. 4

The one who’s unable to recognize the gift and beauty of the present moment fails to rejoice in any kind of future, no matter how lovely it may be. The wise know that it’s all going to go away one day, it’ll be snatched from us. All that seems insignificant at the moment will feel like a treasure when we won’t have it. Going back to the thoughtful words of Zweig, I quote:

For one of life’s mysterious laws shows that we only notice the authentic and essential values when it’s too late: youth, once it has fled, health at the moment it abandons us, freedom of the soul, that most precious essence, at the very moment when it is taken from us, or has already been taken.

It is crucial then that we strive to understand the art of living, the wise way of living according to Montaigne, and to realize that this struggle leads to the discovery of soi-même, 5 the most crucial struggle of the spirit, exemplified by his own life.

We too are to be torn from our hopes, from our experiences, our expectations and our enthusiasms, chased out from them as if under the whip, until we have only our naked selves left to defend, that unique being which is irreplaceable.

There’s some beautiful dialog in The Last Samurai where the emperor of Japan inquires about an accomplished warrior, a Samurai, and says, “Tell me how he died.”
Tom Cruise replies, “I’ll tell you how he lived.”

It’s been 15 years or so since I saw this movie, but the beauty of this brief exchange has stayed with me. For I believe that it’s a short life, and we must set the narrative right to lead it gracefully. What stories we tell ourselves is in our hands. It’s our choice what we choose to focus on. Zweig continues in Montaigne:

What we term worries do not possess a unique weight. It is we who exaggerate or diminish them. Whatever is close touches us more deeply than that which is far away. The more we reduce our space, the more the petty concerns prey on us. A man can never escape them completely. But he can take a break from them.

This is exactly what Buddha meant by shunyata, 6 that creation exists but it’s empty, that thoughts in their own right are empty. We assign them importance based on our desires and conditioning. Whatever meaning anything has is the meaning we have assigned it. On their own, things just are, life just is. It’s not always supposed to mean something.

“I’m sick and tired of the elders in my family,” the young Abdul said to Mulla Nasrudin. “Every time anyone gets married in the family, they start teasing me that now it is my turn.”
“I had the same problem when I was your age,” Mulla said. “My old aunts used to come up to me at weddings, elbow me in the ribs and tell me, ‘You’re next’. They stopped after I started doing the same thing to them at funerals.”

Call it the queue of life or death; it’s a queue, nonetheless. Everyone’s in it. Life could do without our judgments on everything. On the choice of life or death, when someone lives gratefully, it’s their courage and will, and when they decide to be unhappy, it’s their choice. Yes, the loved ones around make all the difference, but in a progressive society, in an evolved consciousness, we do not hold others responsible for our choices. Abundance or paucity is our own doing (or undoing).

While I see the wisdom in Zweig and Montaigne’s words, I don’t necessarily support the view unconditionally. At the same time, though, I don’t believe that the governments can or should decide the fate of a law-abiding individual’s life. To that effect, my position on life and death is very clear: you have the right to choose-Life or Death.

On my 40th b’day, Sadhvi Vrinda gifted me her beautiful latest book: A Prayer That Never Fails. It’s a wonderful book by the equally wonderful and amazing Sadhviji. Do give it a read, it’s truly beautifully written. This book is honesty and truth bared to their bones. And, I’m not the only one who thinks that; you can read the reviews on Amazon. Relevant links: Amazon India. Amazon.com