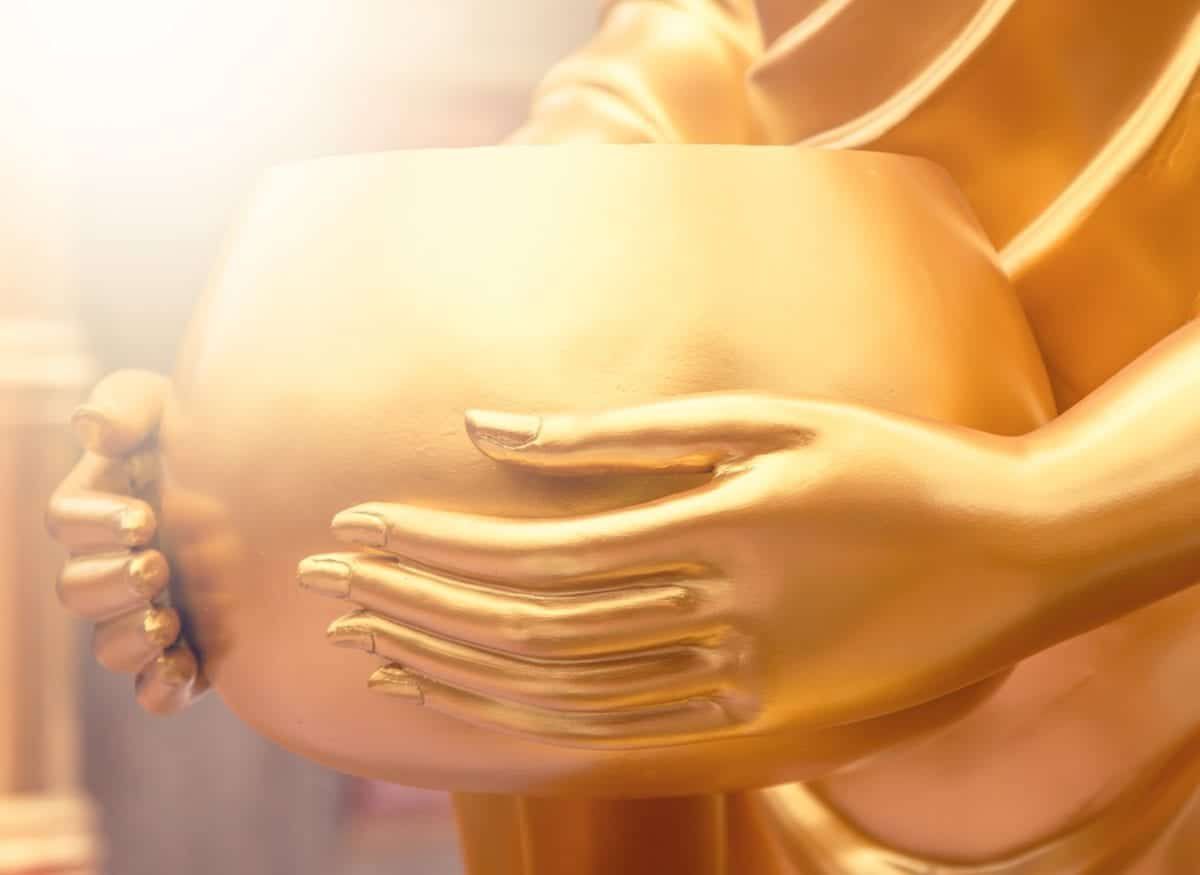 The Bowl That Never Fills

Here's a beautiful true story to make you think...

“I’ve come with great hope, O King!” the aghori said. “Can Your Majesty grant my wish?”
“Say what you seek,” the king replied. “I’ve plenty for charity.”
“Just this bowl I need filled.” The aghori extended his bowl.
“That’s all? The social affairs minister could have done that. Are you mocking royalty? Just the alms bowl! I am offended.”

Bhadraghosha, the king, had a point for his philanthropy was as acclaimed as his opulence. He ruled a vast empire and for an ascetic smeared in ash to approach him for a mere bowlful of alms was a waste of his time, at least in the king’s eyes.

“You speak right but in haste, Maharaj,” the aghori said. “No one has ever been able to fill this bowl to the brim. Maybe Your Majesty is different.”

The fearlessness, why, even derisiveness, in the aghori’s voice and his piercing gaze piqued Bhadraghosha’s curiosity. Had anyone else spoken to him like this, he would have had him thrown out, but this ascetic seemed different. He clapped and summoned his treasurer and ordered him to fill the bowl with jewels.

“Not so soon, Maharaj,” the aghori said, “I will only hand over my bowl on one condition.”
“Say.”
“If Your Majesty is unable to fill it, thou shall abdicate thy throne for me.”
“And what if I succeed?”
“I shall shave my matted locks, become your slave and sing your glories for the rest of my life. Truth be told, I shall take you as my guru.”

The bowl was handed to the treasurer who filled it with jewels in no time.

“I don’t understand what the fuss was about,” Bhadraghosha said, “it’s already full.”
“See again, Maharaj,” the aghori said.

The bowl was empty. Another attempt was made to fill it, but just a few moments later, it was empty again. They tried filling it with grains, beans, gold, milk, water, silk, with every physical object they could get their hands on, even pebbles and stones, but all in vain. The king and the courtiers began to sweat. They could almost visualize the aghori’s ascension to the throne.

“Forgive me, O mysterious one!” the king said, falling at his feet, “Are you Shiva? Who are you?”
“I’m just a simple ascetic, Maharaj,” the aghori said raising the king, “you don’t belong at my feet but at the throne.”
“Enlighten me, please. What’s so special about this bowl?”
“It is made from a human skull. No matter how much you put in, it’s never satiated beyond a few moments. It always wants more. Even when it’s full, it looks empty. This false appearance of emptiness is very dangerous, Maharaj. It makes men go around in circles until their last breath chasing one thing after another but this skull is never content. Millions of thoughts enter in it and yet it continues to maintain the illusion of emptiness.”

The ceaseless flow of thoughts and desires in our minds, the incessant trickle of feelings in our consciousness, spilling over our very being is the root of human restlessness and discontent. We fulfill one desire and before we can enjoy the fruits of it, more often than not, we feel impelled to work towards another. As long as a mind isn’t trained to be still, it can’t be content.

And, contentment isn’t always a feeling. Or, a lack of it doesn’t mean one is greedy. Sometimes, in fact mostly, discontentment is merely the brain yakking away like a little child who’s talking to himself, the kind who has just learned to form phrases and sentences, these are the thoughts in our skull. What is even more fascinating is how an unchecked thought continues to build up and takes up all the space in our consciousness like a tiny bubble rising from the bottom of a pond to its surface and as it continues its journey to the top, it keeps on growing. This bubble floats on the water for a wee bit and then it bursts.

A discursive thought, between its emergence and popping, can turn you into a Satan from a Socrates, triggering the restive tendencies of the mind. Indeed, I say that the most powerful aspect of human existence is a thought. Our ability to think makes us who we are and in the same vein, our inability to not-think at will makes us slaves to our thoughts. E.g. you are trying to sleep but the mind won’t stop babbling, you want to rest but it’s in overdrive mode.

The difference between a good and a great meditator isn’t just the stillness of the mind or superior one-pointed concentration, it is but mindfulness. I have been harping on about mindfulness for a few years now, currently however, I’m using this term in a different context. That is, the art of not paying attention to your mind’s chatter. It’s a highly rewarding skill to master: to be able to ignore the thoughts in your brain. For, no matter how grave something may appear in the present moment, once the mind calms down, the same issue begins to feel less significant. What seemed like a life-and-death situation last night, can feel remarkably pointless, even funny, in the morning, particularly after a good night’s sleep and a nutritious breakfast.

Ever seen a hen hatch its eggs? It sits on them for days. Several times during the day, it’ll come and sit on its eggs, giving them warmth and protection. This gesture keeps the eggs alive and one day tiny chicks pop out. The hen falls in love with her chicks and is possessive about them. She gets attached to the eggs (now chicks) she once laid and protected. This is exactly what happens to any thought we don’t let go of. At first, it’s inside us where we let it develop. One day, it takes a tangible form and we are forced to face it. If you sit on it, you keep it alive. And one day it hatches, and by this time one is so invested in this thought that it feels right to hold onto it, to chase it. That becomes the way of the mind then. A pessimist becomes a chronic worrier, an optimist overconfident. Passion becomes an obsession and obsession a disorder.

Mindfulness keeps the flow of thoughts in check. It makes you aware of what you are dwelling on. Best of all, it gives you the ability to shift your attention at will.

Mulla Nasrudin was selling eggs when a customer came and started checking them out. He’d hold an egg in his palm, feel the texture of it and then put it back. Sometimes, he would bring it to his nose and try to smell it, other times he’d give it a little shake.

“Are these eggs fresh?” the customer said, finally seeming to be making up his mind.
“I wouldn’t know, sir,” Mulla replied. “I don’t lay them, I only sell them.”

The human mind doesn’t know the nature of a thought. It doesn’t know whether it’s good or bad, right or wrong, fresh or stale. We give it those labels based on our conditioning and understanding. If you don’t sit on a thought, it will never hatch. And if it doesn’t hatch, you have one less attachment, one thing less to worry about. There’s no wisdom in supplying an undesirable thought with food (of attention and deliberation) or to keep filling your skull (with thoughts). It’s a bowl that never fills.

Let go. Shift your attention. Invest your energies in something creative and meaningful.

No eggs, no chicks.

I am pleased to announce that I’ll be conducting the first Black Lotus Champions’ orientation program in July 2019. It’ll be live streamed for the selected attendees or you’ll have the option to attend it in person at the ashram. It’s a totally-free by-invite-only event.Details here.