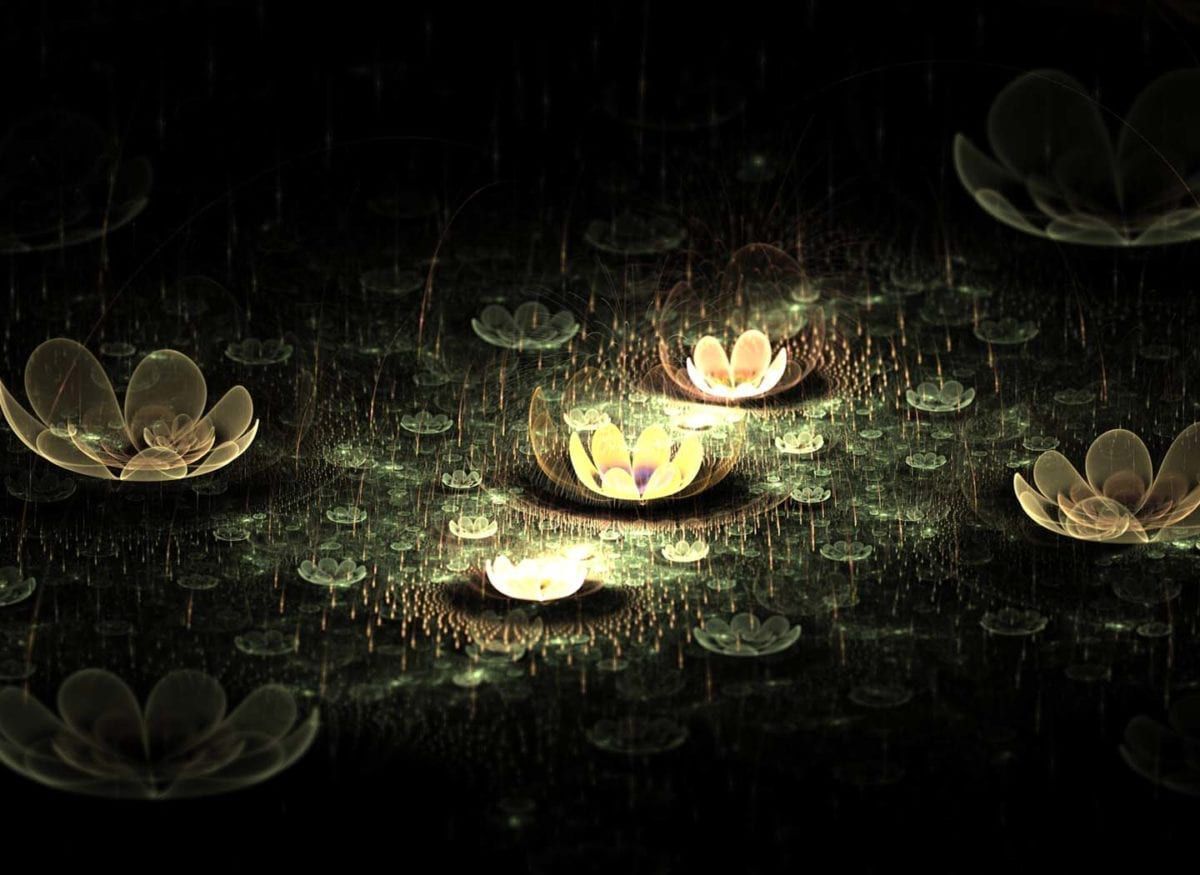 A lotus sprouts, lives and blooms in a swamp yet it always stays clean, above all dirt and quagmire.

Once upon a time in a certain village lived a prominent trader. He was wealthy, famous, honorable, and a man of repute. He was restless and worried though. He could not shed his emotions of fears, of failure, of losing, of the unknown.

The guru grabbed a piece of sacred bhojapatra, the bark of a birch tree, dipped his pen in ink made from vermilion and scribbled something. He let it dry for a few minutes while he looked at his disciple in the most compassionate way.

The guru folded the charm and gave it to him. “Here, always keep this with you. Open this only when you feel your worst fear has come true.”

The trader prostrated before his master and went back. A terrible drought hit that region two years later, and his financial situation went into tatters. He had no stock to sell. Debtors were unable to pay their dues, and creditors started chasing him for theirs. They dragged him to court, made him sell his house, mortgage his wife’s jewelry, and had his warehouses pawned. He pleaded, and he prayed, but nothing worked.

His master had already left for seclusive meditation on forbidden peaks. It was time to read his guru’s inscription, he thought.

He unfolded it to see the contents; it read, “Stay firm, stay the course. This will pass.”

The words had a magical effect on him. He decided to not lose hope. He realized that things could not stay like this forever, that it was temporary. And temporary it surely was as the following three years saw heavy monsoons and a bumper crop. He bounced back. Wealth and honor came back in his life. He was overjoyed. His guru was back too. He promptly made arrangements to see his master with offerings of all sorts.

Prostrating before the guru, he said, “With your grace, I’m so happy. Business has never been this good.”
“Do you have the bhojapatra with you?” the guru asked calmly. “Open it and read again what it says.”

He obeyed, and the words on it reminded him that even this phase was temporary. Just like the bad times, even this would pass. From joy and excitement, his state of mind shifted to bliss and peace.

“This is eternal wisdom, my son,” the master added. “Stay even. It’s all cyclical.”

The scope of human living is limited to positive and negative emotions. Such is the nature of duality. As promised in my last post, today I bring to you the eight worldly emotions as documented in various Buddhist texts. They are segregated into two categories, namely, positive and negative. In addition, the Bhagavad Gita places a great deal of emphasis on attaining a state of evenness amid all dualities. It is the foundation, the essential element for living in an exalted state.

When a positive emotion is triggered, you feel happy, good, important, motivated, and strong. You feel like you can take on the whole world. You are the same you, but something within you changes when you experience a positive emotion. The four facets of such emotions are to be pleased by:
Pleasure: All sense gratification, everything you do and experience through your body for joy, falls under this category.
Praise: If you or your work gets recognition or appreciation, you naturally feel good.
Gain: When you believe you have made a gain, material or otherwise. It could range from winning a lottery ticket to killing a mosquito; one may boost your bank account, and the other, your ego, or simply satisfaction.
Delightful words: Someone offers you a compliment, it spontaneously triggers a positive emotion, especially if you feel it is a genuine compliment.

The four negative ones are the exact opposite of the above. They make you feel low, pensive, crippled, and weak. They are triggered when you feel perturbed by displeasure, criticism, loss, and dreadful words.

All emotions are temporary, though. It is when you do not know how to come out of an emotional state that such emotions take the form of fears, addictions, obsessions, and diseases, both physical and mental. And emotions are subjective. What is positive for you may be negative for the other person. For example, your material gain of buying could be someone else’s loss of selling, your pleasure of hunting could be an animal’s displeasure of getting hurt. The same words may sound delightful or dreadful, depending on the source.

In a way, it is inevitable, inescapable—living in the positives and negatives. However, it is not necessary to let these emotions affect you beyond a certain degree. When you are going through a good phase, enjoy it with the memory that it is not going to last forever. When the going is tough, live it gracefully, knowing this is not going to last forever either. This is rising above duality, being even. This is turning inward in a nutshell. You may want to read about the source of emotions. Good or bad, if you have done it once, you can do it again. If success cannot move you, how can failure ever; if acceptance does not affect you, how can rejection! Live like the lotus, in the world but above it.

Go on! Be fearless. Only that what you let can affect you.