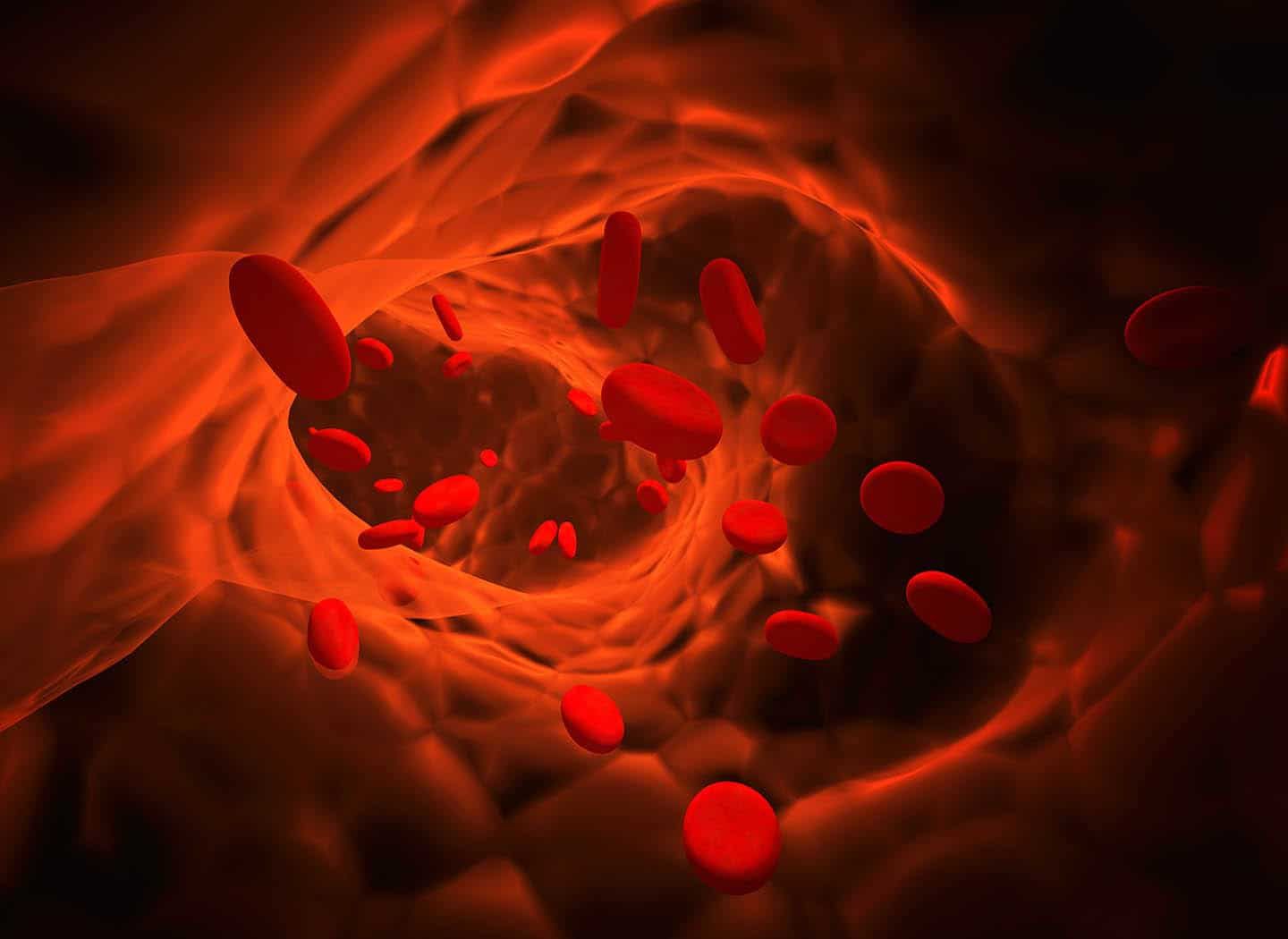 The law of attraction can manifest your dreams provided you help others in manifesting theirs.

Most of us have read about the law of attraction, consciousness and a great many among us must have wondered if it actually works. Is it really possible to attract wealth, love and peace etc. by merely thinking about it? Probably not. No doubt that everything begins with a thought but action is absolutely critical for realization of our dreams. Having said that, there are hundreds of millions out there who constantly think about and pray for change in their lives, they work very hard too, yet their life continues to go on as before. Why is it that even when you put in your best, your circumstances mostly remain the same?

Earlier in January this year, I wrote (here) that I would unearth a great secret for you. I mentioned becoming one with nature so you may expand your consciousness to an extraordinary scale. So that, each one of us, like a drop merging in ocean may become as vast and powerful as the ocean itself. One drop doesn’t make a sea but every drop is required or there’ll be no sea. Similarly, to gain the immensity of scale necessary to attract the universe, we have to tap into the collective consciousness. Before I sound any more complicated, allow me to explain the basis of my theory in three parts:

What is the human body made of? What if we go a step further than just flesh, bones and sinews? Our bodies are made up of billions of tiny cells. Researchers estimate that if calculated by volume, there are 37 trillion cells in the human body. This number can vary greatly (from 35 billion to 724 trillion) depending on the nature of the cells used for calculation. Skin cells, being sparser, are only about 35 billion, for example.

For argument’s sake, let’s say there are 37 trillion cells in our body. Each cell in our body has local intelligence. Every single cell, in some ways, is an independent unit in its own right. It has a membrane that functions quite like our brain. Just like we enjoy a degree of freedom and yet we are expected to operate within a legal or a social framework, our cells too, even though independent, are bound by the laws of nature. Human cells represent a balance of free will as well as an adherence to a biological system — our body.

Part 2 — The Universal Body and Us

We are an exact replica of what surrounds us. There is roughly 70% water on earth and there’s 70% water in our body. There are countless stars in the universe, and we have countless pores on our skin. Everything we eat originates from nature, on this very planet. We don’t just depend on natural resources, we are a natural resource ourselves. We are nature. Together we, along with other species (animals, plants and algae), make up nature.

There are 100 billion stars in our galaxy and there are billions of galaxies in the universe. The interstellar space between planets and various galaxies is comparable to the interstitial space between our tissues and organs. We (all living species) are for the universe what cells are for our body — a fundamental building block.

Each one of us is a cell in the Universal Body. On our own, no matter how powerful one person is, our existence is infinitely smaller than the smallest number we can imagine. On a collective scale though, every individual is critical to the existence of universe. If every cell in our body gave up, the whole body will collapse in no time. Similarly, if all living beings gave up, it will have an unimaginable effect on the whole of creation.

The law of attraction is based on seeking attention of the universal body. Its scale is infinitely larger than ours though — like an ant trying to stop an elephant in the tracks.

What is a lifetime struggle for an average human being is simply but a momentary effort for the universal consciousness.

One individual’s efforts or thoughts can’t bring a universal change. Though such change may well be triggered by one person but to make a sustainable or a profound impact requires collective consciousness. And, this brings me to the most important part of my thesis.

Have you ever realized that no matter how engrossed you may be, even a small mosquito bite can easily cause distraction? A tiny puncture by a needle, anywhere on our body, is enough to draw our attention. In much the same manner, to draw the attention of the universal body, we have to jab it (gently). One human being can’t do it single-handedly, it has to be a cooperative effort. If enough of us meditated on the same thing at the same time, we would attract universal consciousness to bring changes beyond imagination.

This raises an important question: how many meditators are required to cause the pin-prick effect on the universal body? The answer is an absolute minimum of 8,000 to a decent 9,000,000 people are required to cause a ripple in the universal consciousness. The more the merrier, of course. Here’s how I’ve arrived at this number (you can skip the next para if you don’t want numbers):

I’m beginning with the proposition that even a tiny prick of a pin causes a shift in our attention to the affected area. Other things being equal, if human body has 37 trillion cells and the point of a pin is .127mm in diameter then one 1mm deep puncture will impact roughly 9 million cells. If I only consider skin cells (35 billion) in my calculation then a 1mm puncture will affect about 8,000 cells.  Since I’m not a theoretical physicist, I posed this question in a forum and a physicist was kind enough to provide a detailed answer. This number is derived based on his reply.

Therefore, if a minimum of 8,000 people got together in different parts of the world, in the comfort of their own homes, and meditated for just five minutes exactly at the same time, on the same thought, we could draw the attention of the universal body to us through this collective consciousness. Although, we won’t hit critical mass till about 4.5 million people meditated at the same time on the same thought. Why 4.5 million? This is the mean (or even median) of 8,000 and 9 million. That said, we can certainly start with 8,000 people.

I’m not suggesting that we use this wisdom to further individual causes (we could though). Instead, I propose that we meditate on global peace, prosperity and equality. Today, technology (read internet) makes it possible that a few million people can easily coordinate and sit down exactly at the same time to meditate towards a common cause.

We live in a time where an obscure video can get 100 million views in a matter of hours. And I believe there’s no lack of good people on our planet, people who want to make a difference to others. When we raise the level of global happiness, personal peace and prosperity will rise automatically. With more and more happy people around, our world will naturally become a better place.

If you like the idea then continue reading and join hands with me in this noble and global cause so we may contribute something back to the world and in the process enrich our own lives too.

The idea is very simple. We need a minimum of 8,000 people who commit to a meditation of five minutes once a week. You can do it from anywhere — from home, office, park, while sitting in a car — anywhere at all really. It doesn’t cost a dime.

All of us will begin and end our meditation at the same time, no matter where we are in the world. You don’t have to spend any money on anything, not even traveling. We’ll pick a topic and meditate for five minutes at an appointed time. I’ll be happy to put out an introductory video on how to meditate, and a guided meditation which we can change every 12 weeks.

My view is that the day we have 4.5 million people meditating together, it will mark the beginning of a quiet spiritual renaissance. It will bring marked changes not only in the lives of the participating meditators but also in the whole world. And one day in the future with 9 million meditators, we’ll be able to see the law of attraction in action at a global scale.

To join this movement, you can visit , blacklotusapp.org .

If 9 million people meditated together for your peace and happiness, you would see the difference in your life. It will certainly help the cause if you are one of those 9 million meditating on the well being of others too.

We are interdependent and interconnected. Our thoughts and actions have an impact on everyone else around us. We can use this insight and the power of collective meditation to make a difference.

No Water No Moon
Balloon of Happiness