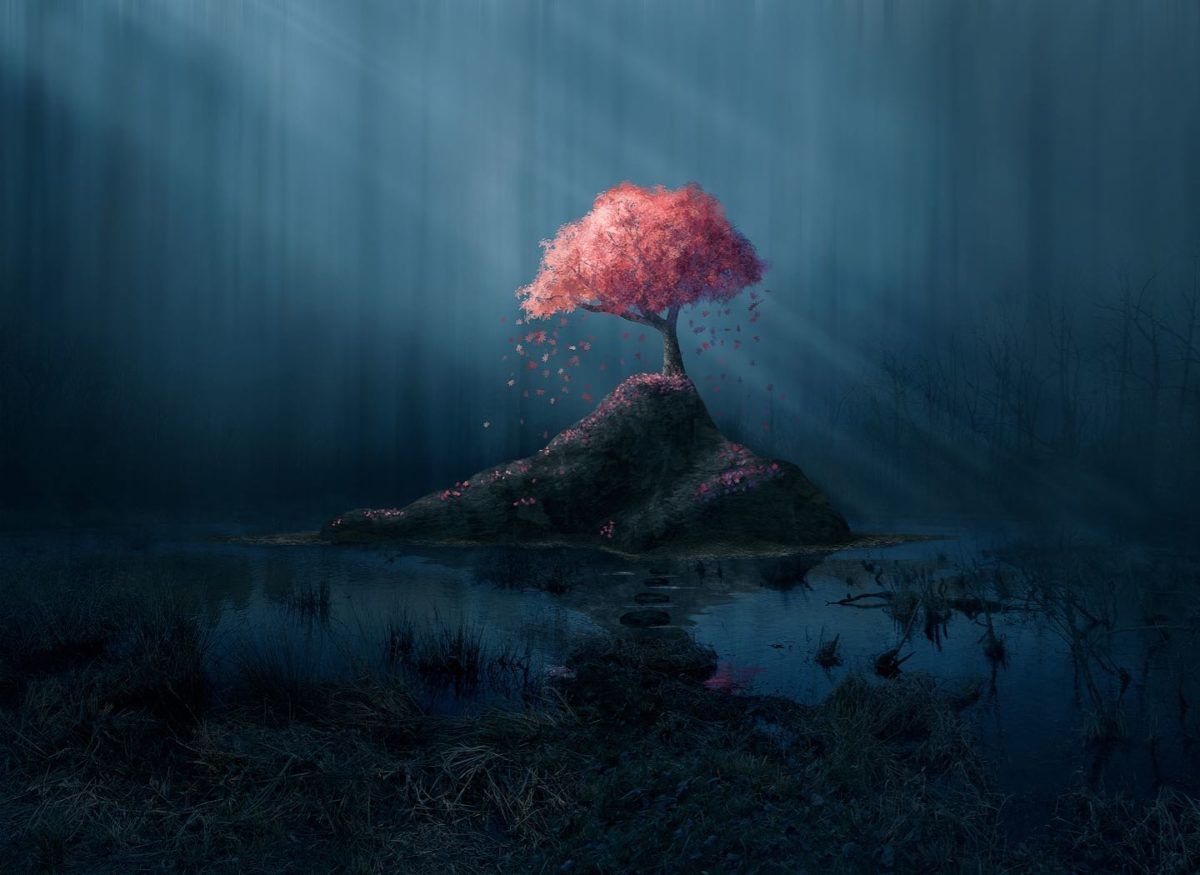 How to be positive? I get asked this question a lot. And often when people say they want to be positive, what they are really saying is how do I be happy and hopeful under almost all circumstances? That, I don’t want to feel frustrated and agitated in the face of adversity, that somehow I want to be at peace.

The truth is that life is hard work and there’s no one singular easy way of being positive all the time. Having said that, we can learn to be mostly positive. Even those who appear naturally positive and confident learned to be that way, consciously or otherwise. Before I impart my two cents’ worth on positivity, allow me to share a little something with you.

Shuffled through many foster homes, Jarvis Jay Masters had a rather difficult childhood. Violence became his answer to protect himself, his coping mechanism. At 19, he ended up in prison on a 10-year sentence and later he was charged with the murder of a prison guard (while Jarvis was locked in his cell at the time of the incident!) and was handed a death sentence. From death row, in his book, Finding Freedom, he writes an interesting observation. Here it is slightly paraphrased:

“Check out Channel Seven, Jarvis,” my neighbor said from his next cell one evening while I was reading a book on meditation. “They’re showing a Ku Klux Klan rally in Louisiana. Klansmen screaming and shouting all that supremacy garbage. Did you hear what they were saying?”
“Nah, man. I missed it. I have the volume turned down,” I said glancing up at the TV. “I did see a bunch of angry faces and racist posters, though.”
About ten minutes later, Omar hollered, “Hey, Jarvis! Man, check out all those people. It must be a thousand folks marching in San Francisco. Do you see them?”
“Wow!” I said, looking up at the huge demonstration on my screen. “What’s up with them?”
“The environmentalists are demanding an end to the cutting of trees in some places. They are saying the planet is being destroyed and more and more wildlife species are near extinction.”
“Is that right? I can tell just by looking that they’re upset. You see that one woman raging into the microphone and those demonstrators holding up posters and shouting and getting arrested? They all must be pretty pissed to be screaming like that.”
A little later Omar yelled, “Hey, check that out. Still watching? Look at the president and all those congressmen, right there on national TV, fighting and arguing, each trying to convince the public that the other is at fault for this terrible economy.”
“Yeah, I see them. Is that what they’re fussing about? I can tell they’re in an uproar about something. That one senator, man, he’s almost spitting. But you know what’s really interesting, Omar?”
“No, what’s that?”
“The anger and bitterness on the faces of these congressmen and the president of the USA is the same as on the faces of all those environmentalists and the Klansmen. They are just a bunch of angry people.”

Anger, rage, negativity are common, if not natural, human emotions. Majority of the people experience them on a daily basis, many times a day. At home, at work, in a supermarket, on a train, everywhere we have people around us. Most of these people are going through a lot in their lives. Some of them will take out their anger on themselves, some will direct it on governments, on their loved ones, on you and so on. Bunch of angry people. Do you want to be like them?

That’s how this world can be. Angry and ruthless. Now what do we do? We have a choice. We can either be angry ourselves and become like them or we can make a conscious choice on what we want to think, speak and how we want to act. To experience peace in the world, you must be at peace within. And the more you are at peace within, the more centered you will be.

A centered person may not experience bouts of happiness if you see what I mean. He or she may not have tidal waves of enthusiasm, but they will have a sustainable flow of realistic positivity like the gentle flow of a river in winter. The more truthful and real you are in your thoughts, speech and conduct, the more positive and happy you’ll be.

Simplicity is the seed of inner peace.

One evening, Grandma sent her grandson Johnny down to the water hole to fetch some water for cooking dinner. As he was dipping the bucket in, he saw two big eyes looking back at him. Dropping the bucket, he ran back to the kitchen.

“Where’s the water?” she asked him. “And my bucket?”
“I can’t get any water from that water hole, Grandma,” Johnny exclaimed. “There’s a big old alligator down there!”
“Now don’t you mind that alligator, Johnny. He’s been there for years and he’s never hurt anyone. He’s probably as scared of you as you are of him!
“Well, Grandma,” replied Johnny, “if he’s as scared of me as I am of him then that water ain’t fit to drink!”

If the storm of anger and hatred in our inner world is raging as badly as the one outside, then this world will become unfit for living. Diseases of the mind and body manifest much quicker in the one who possesses an irate mind, a resentful consciousness. A simple heart, a content soul on the other hand is naturally at peace, and therefore positive.

As Layman Pang (740 – 808) said, “When the mind is at peace, the world too is at peace. Nothing real, nothing absent. Not holding on to reality, not getting stuck in the void, you are neither holy nor wise, just an ordinary fellow who has completed his work.”

I suppose that’s what I mean by simplicity. That, we are humble, real, centered, and honest about ourselves. Hope, positivity and happiness are the birds that live in the nest of contentment. You will face difficult people, situations and circumstances. Adversities will greet you at every step of the way. Such is life. Now what? Are you going to give up, give in or keep walking one step at a time? That simple and honest discipline of not giving up will grant you peace and positivity.

Being positive isn’t always the same as being happy though. Sometimes, all it means is that you are at peace, you are at ease.

Being positive comes naturally to the one who leads a life sans pretense. If you are honest about yourself, you will be realistic about what you can or can’t do. Such realism will help you in being positive. This is the secret of positivity.

Be real, be simple.

Well, there you have it – how to be positive? Live simply, honestly and realistically. The FAQs below delve deeper into the art of positivity, why we constantly seek to be positive in life and how it is, in fact, very much possible.

Is it possible to be positive, no matter the situation? 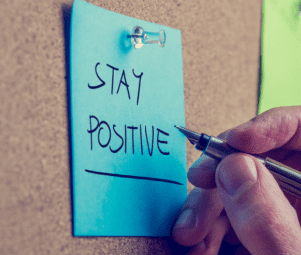 Being positive does not mean that you hide in a cocoon and hope that all good things will happen automatically, it is about working towards your goals regardless of what comes your way. You will emerge triumphant, stronger, and a winner.

Click here to continue reading about the art of being positive and how less than one percent of our fears ever come true. Staying positive is very much in our hands.

Many among us feel that our current life is not the best kind, that we are working towards something else, some moment after which we won’t have to do things we don’t like. As if happiness and fulfillment is a certain stage where we’ll only be surrounded by people who love us and whom we love. We would have learnt how to be positive and content, no matter what. Some say that’s enlightenment. 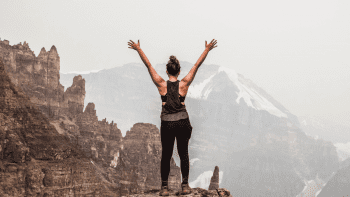 I am not sure how we arrived at the conclusion that liberation means freedom from work in our daily lives or zero-resistance in the pursuit of our dreams. If you care to observe, you will notice that the happiest people in the world are usually very hard working. You’ll find here that to live an ideal life and to be positive in life, you need to first devote every ounce of energy and enthusiasm to your present one.

How can I hope to be positive and happy when life is constantly making me suffer?

I met an incredible group of young girls this week. These were not your usual children with functional families. Most of these young girls were sexually abused as children and are daughters of sex workers from Mumbai’s red-light district. Some have been a witness to or subjected to unthinkable acts.

Listening to them, at times I struggled to hold back my tears. The six hours with these young children in the last three days and the ninety minutes I spent one-on-one were some of my most memorable moments.

Why, you ask? While everyone’s dealing with a set of challenges in their life, some of us are more positive than others. Compared to everyone else, what was particularly striking about these girls was their sense of positivity, zest for life and a spark of hope in their eyes.

These children constantly reminded me of something phenomenal – the four truths – about human existence.

Million Thoughts – A Book For Meditation
What Could I Have Done?