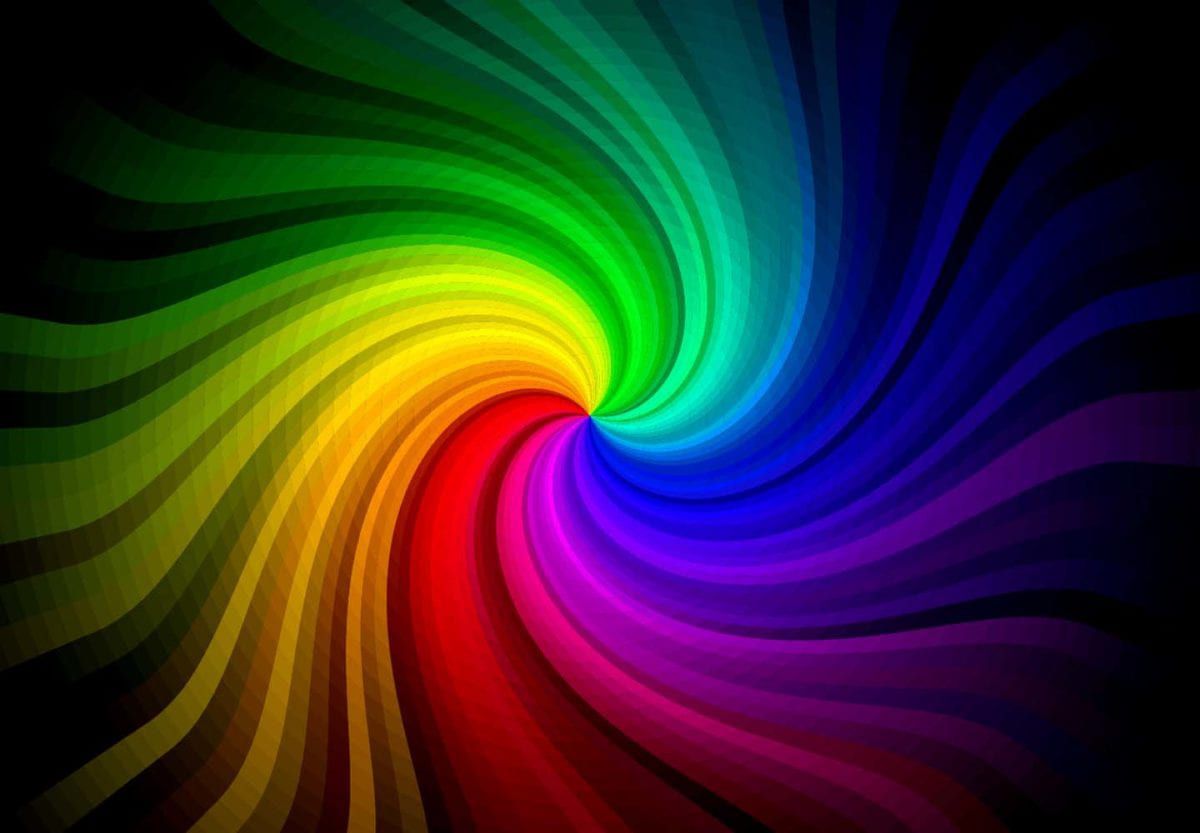 Imagine a spinning wheel painted with spectral hues. Since it is spinning its face appears an illusory white. In reality, there is no white color on the wheel but because it is spinning with a combination of the spectral shades on its face, it appears white. Similarly, the mind is always moving. Like the spinning wheel, it creates an illusion of the reality of the material world. It makes the world look like a permanent place. However, that is not so.

In order to understand your true nature, the one independent and cleared of all conditioning, your mind must acquire a certain stillness. To attain that stillness and examine the nature of the mind, its movement must cease. It is only after such cessation you can see its real colors.

A purity of discipline in your karma helps a great deal in achieving mental stability. Whatever you do with speech, actions, or words leaves an imprint on your mind. The objective of this article is to help you see how all karma has a residual trail. Such residue covers and conditions your mind.

Most yogic texts demand the practitioner follow strict karmic and moral discipline. Truly profound, if you ask me! Getting back to karmas and their residue:

Karma is of three types, namely, physical, verbal, and mental. Every action leaves behind an imprint. Physical actions may produce a tangible residue whereas verbal and mental karma creates psychic imprints. If you analyze the trail of any karma, you may be surprised at how it may wane but never gets destroyed completely. It is the residue of each karma that conditions you. Let me elaborate with the help of an example. As follows:

All physical actions requiring touch are physical karma. Physical karmas leave behind a physical residue. Let us say you have an apple. You peel and deseed it to enjoy its taste better. You eat the apple leaving the skin and seeds behind. Your action of eating the fruit has resulted in the residue of some apple skin and seeds. You dispose of the uneaten parts.

A cow comes along and gladly accepts that as its food. The residue you left behind has now impacted someone else you may not even know. That apple you consumed is now in your body. It is processed by your digestive system. Two sets of residue are formed. The one that gets absorbed into your body is now traveling in your veins by way of blood and the unabsorbed portion (read residue) is let out of your physical system by way of urine and faeces. Further, bacteria and other atomic entities may feed on such excreta.

Your physical karma of eating an apple has left an imprint on you and other life forms. The residue from the apple that is in your blood directly affects your physical health. The residue eaten by the cow has a bearing on its health and on the quality of the milk it produces. The excrements from your body have an impact on atomic life forms as well as on the environment. It does not seem much, does it?

Now imagine six billion humans on the planet doing that. Further, envision billions of other living creatures in the equation. The physical world is a residue of that collective karma. It is the residue that matters. Your physical karma has a telling impact on you and your immediate surroundings; plus, it has an impact on the whole world. On the path to self-transformation, self-control starts by following the discipline of living. The actual practices around this will be covered in due course under the appropriate sections.

Whether an instruction, statement, question, whatever it may be —  anything you utter is verbal karma. All verbal karmas leave behind a psychic residue. Words uttered by you have a great impact on your mind and consciousness as well as on the mind of those at the receiving end. A conditioned mind is supported and driven by psychic imprints. It is relatively easy to clean up physical residue but a psychic one takes a much greater effort. Let us go back to the example of the apple. Further assume you are a person of fine taste and that this time you have company while eating.

The apple is deliciously fresh and crunchy with a perfect sweetness. You remark about its taste and how you have never had such an amazing apple. A few weeks later you may not recall the taste of the apple but you are likely to remember what you had said at the time of consumption. In fact, anytime anyone else is going to make a similar remark about other fruits, it may remind you of the apple.

And here is the interesting point: if you had not uttered anything while eating that apple, it would be much easier for you to forget about the apple. Why? Because you left no psychic imprint beyond the taste and sight of the fruit. On the path of self-transformation, at some point in time, one ought to observe strict verbal discipline. I shall elucidate more on this in the relevant sections.

The subtlest and most powerful of the three karmas is mental karma. It leaves behind a permanent trail; an imprint that is hard to erase. The origin of all karmas of any type is a thought. The pursuit of a thought is mental karma. It has an immediate impact on your mental state, a lasting impact on your consciousness, and an everlasting effect, however subtle, on your mind.

Once again, let us go back to our example of the apple. This time, you do not have any apples with you. The thought of an apple crosses your mind. You do not drop that thought. Instead, you start to pursue it. From the original thought of the apple, you are recalled of the time you last had an apple. That thought may link you to the thought of buying that apple from a shop.

Just note that the initial apple-thought has now shifted and you are now thinking about the shop. The shop owner’s picture and communication flashes in front of you. You recall giving money to the seller. You are reminded of another customer, who was shopping for bananas, standing next to you.

You further recall how she was carefully picking the bananas, and then her physical attributes too. You are now reminded of her statements, her voice, and how she paid the shop owner. You are tossed back to the thought of the shopkeeper because he hands you your change with your bag of apples. You take the bag and start walking. You are now reminded of the market conditions. You may further recall some unpleasant incident that happened one time in the market. And on and on and on…

Had you dropped the thought of the apple at the very moment it emerged, you would not have gone through the grind of this mental karma. And all this depends on your memory. Only if you had remembered to not think of things other than the object of your meditation, you would have enjoyed a lucid, crisp, and gratifying session of meditation. I hope you know that an average human being goes through sixty thousand thoughts during the course of twenty-four hours. No wonder you enjoy sleep! At least, you get some break. The act of concentration is designed to instill a discipline of mental karma. And, the art of meditation is to maintain that state.

Memory has a very important role to play in correct meditation. When you are able to retain only a part of your memory, that is — the object of meditation, you are moving towards achieving the tranquil state. However, memory is also your greatest hurdle in meditating correctly. Primarily because your memory is an accumulation, a storage tank, of your psychic imprints from the karmic trail.

It is not possible to empty your memory store. However, it is possible to drop the thought as soon as it starts to emerge. That leads to a state of non-recollection. When you hold your mind in the tranquil absorptive state, afflictions from psychic imprints start to fade.

Your mind operates on the famous computing principle of GIGO — Garbage In, Garbage Out. If you do ill, speak ill and think ill, the residue is going to leave you sick. If you do well, speak well, and think well, the outcome is going to be well. An excess of anything results in excess residue. The more you eat, the greater the inventory, the bigger the headache of managing it.

Imagine having a warehouse stocked up with unnecessary widgets. Your mind is a warehouse. Do not stock it up with useless stuff. Watch what you do, say, and think; transformation will begin automatically.

Just like the body gets tired after prolonged physical work; just like you get tired if you speak continuously for long periods, your mind gets tired from unceasing mental karma. A complete adoption of the yoga of self-transformation in your life, way of living, and character will allow you to enjoy deep dives into the ocean of bliss within you. A fit body, restrained speech, and a calm mind are a natural outcome of correctly treading the path.

The Conditioning of the Mind: A King among the Cattle
The Meaning of Samadhi