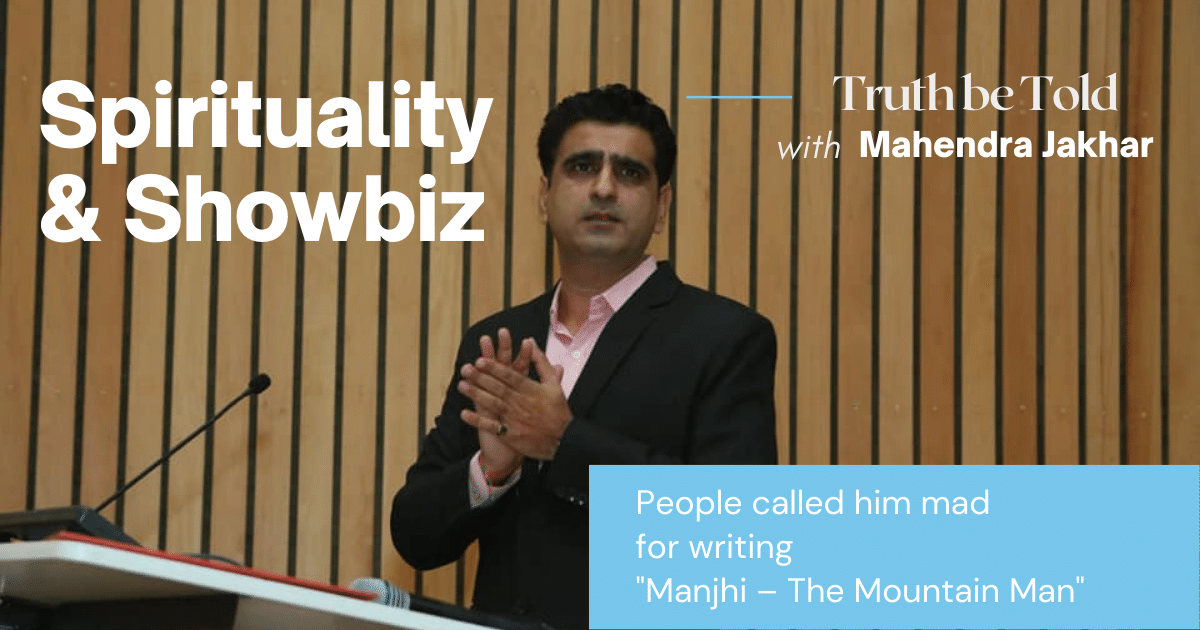 'They said I was mad for pursuing Dashrath Manjhi's story'

“I didn’t have money even to buy food or a bus ticket. If I had to go five kilometres, I would walk all the way. The showbiz journey has been challenging. Yes, it’s very, very tough being here. Everybody goes through this,” recalls film writer Mahendra Jakhar who has several films, TV shows, web series and four novels to his credit. His film Manjhi The Mountain Man (starring Radhika Apte and Nawazuddin Siddique) garnered much praise from the audience and critics alike.

The filmmaker and award-winning author shares his story of struggle, strife and suicidal thoughts with Medha Shri on Truth Be Told. 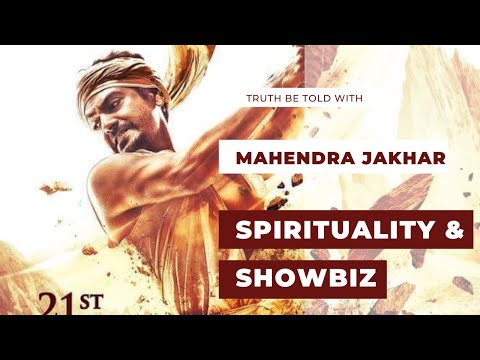 01:18 to 03:40 – Mahendra Jakhar discusses his thoughts on spirituality, reveals his guru’s name

01:18 to 03:40 – Mahendra Jakhar discusses his thoughts on spirituality, reveals his guru’s name

Mahendra Jakhar (@mahen) is currently being talked about his latest book, The Housewife, which is a gripping thriller. However, this journey of establishing himself as a brand hasn’t been easy. Getting a break in showbiz is tough. When you have no family connections, that world is beyond imagination for the most. But Jakhar is one of the few who stop not till the goal is achieved. If Dashrath Manjhi broke down a mountain with a hammer and chisel, Mahendra built himself with his mighty pen from the ground up. Here are a few excerpts and quotes from the interview he gave os.me. Watch the full video above.

“I was called mad when I decided to tell the story of Dashrath Manjhi through the film, Manjhi the Mountain Man,” says film scriptwriter Mahendra Jakhar, who is known for his inspiring stories of grit and courage. All his work has an underlying theme of spirituality and upholds the triumph of the human spirit.

“During my dark phase when I was completely lost and in a depressive state, and I was just shouting at my master, I heard a very loud voice. And I still remember, it was a loud voice, it said, ‘Love yourself’. That is the only message I heard. Damn, where did this come from?”

On his showbiz struggle

With little money and no connections, Mahendra Jakhar moved to Mumbai from Delhi. “It has been a very difficult journey. See, I was in a very nice cushy job working with one of the largest English dailies in Delhi. I took a transfer to Mumba. After many months, I got my first break with filmmaker Mahesh Bhatt, who offered me to write the screenplay of Killer (2006; starring Irrfan Khan, Emran Hashmi, Priyanka Kothari). After that, I resigned from my job and started as an independent writer. From then on, the journey was very difficult because then the monthly money had stopped coming in. Suddenly, there was no money. For months and months, you keep slogging, you keep going out, meeting people,” he says.

“I didn’t have money to buy food or even a bus ticket. So I, if I had to go five kilometers, I had to walk all the way. So yes, it’s very, very tough being here. Everybody goes through this.”

Art for life’s sake: A purpose

“It is the responsibility of an artist to raise the consciousness level of people through their work. I am trying to do that. Like if you see Maji the Mountain Man, you’ll see there was this person, totally illiterate, considered untouchable in his village because of his caste. He buys a hammer and a chisel and starts breaking a mountain to carve a path for the whole village. Notice that from the lowest level of consciousness, suddenly, this man reaches the highest level of consciousness of a spiritual master. People called him mad when he decided to undertake that task. But after 20 years of labour, when they saw the path, they realized this guy was some kind of sadhu, some saint who worked so hard for others. Today, he has a samadhi in his village. People worship him,” says Mahendra, whose writing a web series fr a popular OTT platform.

“My main job as a writer, as a filmmaker, is to bring out such stories because when a simple common man in the street sees the story of a Manjhi, he thinks, ‘Yes, if this guy can do it, I can do it, too.’ So as a storyteller, whether through my books or films or web series, this is what I’m trying to do. If I can strike a chord with humans through a human story that creates a spark in them, I will feel I have achieved something,” he adds.

On his latest book, the Housewife

“The Housewife in one line is the story of an ordinary woman with extraordinary powers. This middle-class housewife realizes she can make her soul move out of her body at will. She thinks she can be like Spiderman. She uses the body of different people to fight against the crime in Mumbai and discovers that the biggest villain is in her own home!” says Jakhar. You can buy the book here.

He talks about spirituality, has some very interesting advice for upcoming writers and those who want to make it big in show business, and why Mahendra Jakhar blogs only at os.me. Watch the full episode now!

About Truth Be Told

Truth be Told (TBT) is a unique series by os.me that features wonderful people who make this world a better place with their talent, contribution and work. We get you up, close and personal with achievers from around the world, hoping that their truthful personal narratives inspire you to be better, kinder and more truthful in every sphere of life. Check out some of our past episodes on our YouTube Channel. 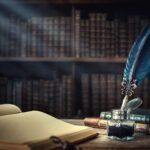 os.me Digest: 10 Tips to Give Your Articles an Extra Edge 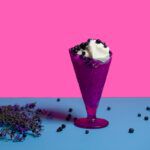 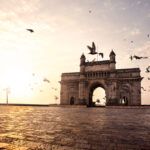