Here is why working to our full potential is the key to lasting happiness.

In Tales of the Hasidim, Martin Buber tells the story of a Jewish master, Rabbi Zusya. The rabbi had led a life of extraordinary devotion and certitude, and yet, when he was dying, he cried inconsolably. This behavior of Zusya completely baffled his students who were present in the same room at the time. They tried to pacify him by saying all kinds of positive things, but Rabbi Zusya wouldn’t stop shedding tears.

That’s all what really counts at the end of the day. That is: have I lived up to my potential? Doing so is not possible though unless I discover my own truth, not my teacher’s or my ideal’s, but my own. And the courage to charter my own course requires self-belief and conviction, neither of which comes unless I’m at peace with myself and my decisions.

I have also realized that to be at peace requires a degree of self-esteem. You must have a certain level of acceptance and love for yourself before you can be at peace with who, where, and what you are, figuratively and materially. And, it’s not possible to love or respect yourself unless you are at ease, unless you live with a sort of carefree abandon. Often when someone asks us who we are, our first response is to start narrating our CV, that I’m a graduate from such-and-such university or that I work for so-and-so or that I am the CEO etc. We rarely say what we stand for. We don’t usually say, I’m a kind person, a truthful or an honest person. Instead, we start telling what we do. Such a mindset distances us from the gifts we are born with. We lose track of why we are here or what we can do with our lives.

Most of us are forever trying to be like someone else. Inspiration is good, imitation, not so. As they say, a true measure of progress is not how well we perform in comparison to others, but how we are doing compared to our own past. As long as comparisons inspire us, it is perhaps still healthy but we are on a perilous road when such they make us feel inadequate.

Parker J. Palmer in Let Your Life Speak pens down a beautiful passage. I read this book over five years ago, but for some reason the memory and the gist of his message has stayed with me. I quote.

She did not show up as raw material to be shaped into whatever image the world might want her to take. She arrived with her own gifted form, with the shape of her own sacred soul. Biblical faith calls it the image of God in which we are all created… The humanist tradition calls it identity and integrity. No matter what you call it, it is a pearl of great price.

In those early days of my granddaughter’s life, I began observing the inclinations and proclivities that were planted in her at birth. I noticed, and I still notice, what she likes and dislikes, what she is drawn toward and repelled by, how she moves, what she does, what she says.

I am gathering my observations in a letter. When my granddaughter reaches her late teens or early twenties, I will make sure that my letter finds its way to her, with a preface something like this: “Here is a sketch of who you were from your earliest days in this world. It is not a definitive picture—only you can draw that. But it was sketched by a person who loves you very much. Perhaps those notes will help you do sooner something your grandfather did only later: remember who you were when you first arrived and reclaim the gift of true self.”

We arrive in this world with birthright gifts—then we spend the first half of our lives abandoning them or letting others disabuse us of them. As young people, we are surrounded by expectations that may have little to do with who we really are, expectations held by people who are not trying to discern our selfhood but to fit us into slots… We are disabused of original giftedness in the first half of our lives. Then – if we are awake, aware, and able to admit our loss – we spend the second half trying to recover and reclaim the gift we once possessed.

On the battlefield of Kurukshetra, confused about what he ought to do, Arjuna too had lost his way. He no longer wanted to be a warrior or fight for the cause that mattered. He was ready to give up. Krishna gave a similar advice to Arjuna.

In my humble opinion, if you choose to not utilize your skills, or make a decision to operate at a level much lower than what you are capable of, you won’t experience lasting happiness. Even if we despise it, nature takes work from us according to our mindset, potential, and our stream of consciousness. We may as well then align ourselves for boundless creativity and joy.

Mulla Nasrudin was showing around the newly built university to the chief guest, a local minister, when they stopped by the library with a large inscription that read, The Al Habib Hall of Wisdom.

The world will not remember us for what we kept to ourselves but what we gave away. We will not be honored for what we could have done but what we did. We are not respected for our potential but action. We are not valued for the intentions we have but the outcome we deliver. We don’t feel good for what we can do but for what we actually do. If that’s the case, which it is, we may as well reclaim our gifts and do our best. At least, we’ve got to try. Why just aim for the moon when you can land on it.

The Last Letter
Stories We Tell 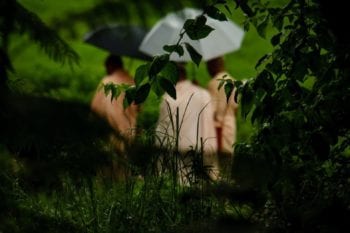 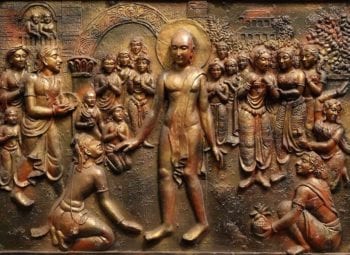 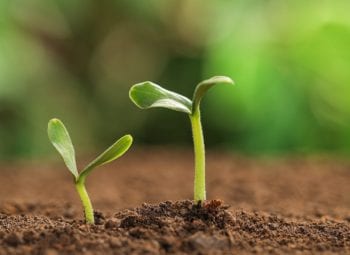