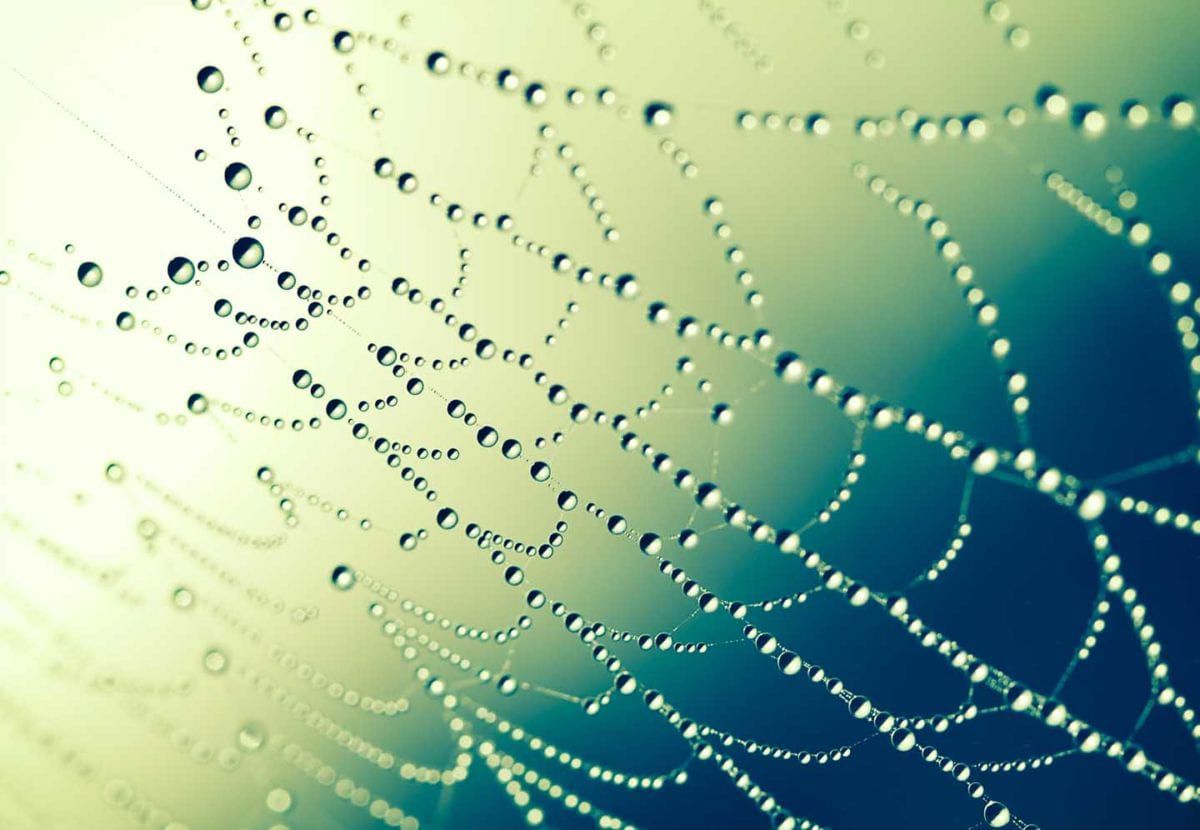 There are two ways to lead your life or walk the spiritual path — the way of the spider or the bee.

Living in the woods is an experience divine in itself, saving disagreements with insects, mosquitoes, and rats. The wild ones start to behave like chartered socialites but the insects and mice seem to have traded in their conscience for securing a place in the woods. They are all there to train you though. Once you learn to put up with them, putting up with ‘humans’ is child’s play thereafter.

During my main meditation of seven months, I lived in a run-down hut. It was old and pseudo-abandoned, like many gadgets in your possession. It had more cobwebs, some gossamer and others, more prominent, than the blades of grass that made up the thatched roof.

The only thing that outnumbered the webs were the holes in the walls. For, the walls were made from wooden planks haphazardly placed next to each other. A job seemed to be done by either the unwilling or the underpaid worker, if not both. The webs reminded me of the traps of thoughts intelligently crafted by the mind, and, the holes, that of the glaring loopholes in human assumptions about universal existence.

Bees and hornets droned in hundreds around that place, predominantly because on the ground had blossomed thousands of mini-flowers of blue, white, and yellow hues. The yellow ones were of particular interest to the baboons as if they, the primitive restless apes with no civic sense, had sophisticated taste buds.

You could see how beggars too can be choosers when presented with the opportunity. While believing a certain theory of science, apes would be my ancestral cousins, I still did not feel much respect for them. For, they were rowdy like the passionate mind and restless like the indecisive one who fails to stay on anything like the baboons who would keep hopping from one branch to another. They were very cute though and occasionally I found myself appreciating the fine down on their bodies that protected them from the subzero cold and chill.

The monkeys still did not win over the monk though. Unlike the brown city dwellers, and I am only referring to apes, these ones had silver-gray fur with black faces and limbs dark as coal.

Moving on from apes to bees, I had the opportunity, on multiple occasions, to closely observe bees, ants, and spiders. From those moments emerged an interesting analogy, I would like to share with you: As follows: I found that bees and ants were always working, bees being more restless. Unlike any cow, goat, or buck, I never found one relaxing. Even on the hive, they were constantly buzzing. A feature common among both ants and bees is that they work for someone else — for their respective queens and that they both live in colonized settings.

Another important point, equally noteworthy, is that they are busy hoarding. Possibly because they work for someone else, their sovereign ensures that they are always working servilely for a pittance, if that. The bees have accepted it as a fact-of-life. After all, if thousands of others are working like peasants, this must be the right, decent, social, rewarding, and only way of working — strikingly resonant with the common human psyche.

The bees, it appears, choose never to stop and think; they have simply bought into the group intelligence — if all others are following this approach, it must have some merit. The queen bee, as I understand, is of a slightly larger size than the ‘worker’ bees. But that is not the only differentiation, it is the unique scent of the queen bee that makes it the queen bestowing it the royal status.

Before I offer you my ‘interesting analogy’, I would like to draw your attention to the ways of the spider.

A spider is a unique and independent operator. A spider does not buzz or budge for food. It selects a place, almost as an act of apparent intelligence, and quietly begins its work. It is not worried about the future. It weaves its web and waits patiently, often not staying in or on but outside the web. I never saw any spider showing any signs of restlessness. It lives for the present moment and resides neither in colonies nor in abject slavery. It does live on faith, but not blind faith. I observed, if for days no prey finds its death on the web, the spider starts to weave a new one.

Like a very competent person, the spider gets the job done without overworking. Some creature comes flying right into the web; the spider starts to move immediately. It is swift and alert like a mouse this time. It strangles its prey to death and feeds on it until satisfied. As time continues ticking, with each new dawn, Providence keeps delivering fresh food right at its ‘webstep’. The spider, like the ultimate devotee, has learned to do the right karma and live with complete surrender. It lives on the faith that food will come, for it seems to know that all karma must bear fruit eventually.

So! you can choose to be the spider or the bee. The choice is yours. While their ways of working could yield results accordingly in the material world too, my focus here is spiritual attainment.

The queen bee is your mind. If you continue to work for your mind, you choose to do so at your own peril and that too for a dribble. It will keep you busy in the unnecessary slog and you will continue to drone loudly as well as hop restlessly until your last breath.

Being the bee, you may enjoy the fragrance of the flower from whose pollen you are extracting the juice but you will not be allowed to partake of the honey. The honey in the hive is much too much for even the queen (read mind). Someone else will simply walk away with the whole apiary one day. Do not work for your queen. Starting a revolt may simply be a gut reaction but sustaining such a rebellion needs great effort and intelligence while seeing it succeed requires all of the above plus extraordinary persistence, tenacity, and discipline.

If you are going to revolt against the restless and listless life of a bee, you’d better be ready to assiduously work until the end; your task is mammoth — finding peace in a noisy world, and your goal, only as monumental as audacious — turning the queen bee into your obedient slave. It is achievable though. The stillness of your mind will make you larger than life and unflinching morality will give you the scent that will madden not only the queen bee but all other creatures that will ever cross their glance with you.

A snake may be a million times more deadly than the lion, but it is the latter’s grace and manner that has him crowned the king; for, among other things, under normal circumstances, a lion does not kill unless it is for lunch.

If revolting is not your cup of tea, you may choose to be docile like the spider. It still requires a significant mind shift. While continuing to be the bee enslaving the queen is a matter of revolt and resolve, going from bee to spider is more like a renaissance. From living in dense colonies, you now must learn to live peacefully in solitude. Ever doing the right karma, you learn to surrender with the utmost faith.

You let go of hopping around and learn to be still and situated in the bhava of your lord. You do what you have to do leaving the futility or fruition of your efforts to your deity. You are no longer interested in the honey or temporary pleasure from the fragrance of a flower. Like the spider knits its web with the sole purpose of preying, you do all your work with the only intent of seeing your Ishta.

All the time, the spider is firmly established in the bhava of plundering — it stays on the wall but moves without a moment’s hesitation at the first sighting of any foreign creature in its web; you too, like a true devotee, must stay in bhakti bhava stealing every opportunity of rendering devotional service. Great mindfulness is required to see no opportunity leaves you unmet. With surrender matching that of a spider, Providence will take care of you without fail.

In other words, you will be a worthy recipient of divine grace. The spider weaves the web but never gets caught in it, like the self-realized person who lives in the world but never gets entangled in its fabric. Like the spider, he understands that the web is designed for provisions and that unless he is careful, he will, with time being the only separator, one day, become the provision himself. He lives in the world like the tongue in denture, enjoying the taste but not getting bitten or chewed.

Like a hive is the work of bees, and a web, a spider — your life is your creation. You have worked hard collecting nectar from the flowers, building your own hive and many times, you have swallowed your own spittle in knitting your world. Unlike the spider weaving its web round and round, I can only hope that you stopped, however rarely, to critically examine, analyze, and value your work. Whether you are the spider or the prey, if you get entangled in the web, you will only be greeted by struggle and agony.

Go on enjoy! Learn to sip the juice from flowers with detachment until such time that you learn to imbibe the nectar within you. In your relentless pursuit of weaving your own web, be sure you do not design it so complex that it turns into a trap. You deserve better.

The First Step in Meditation
Depression: The Yogic View