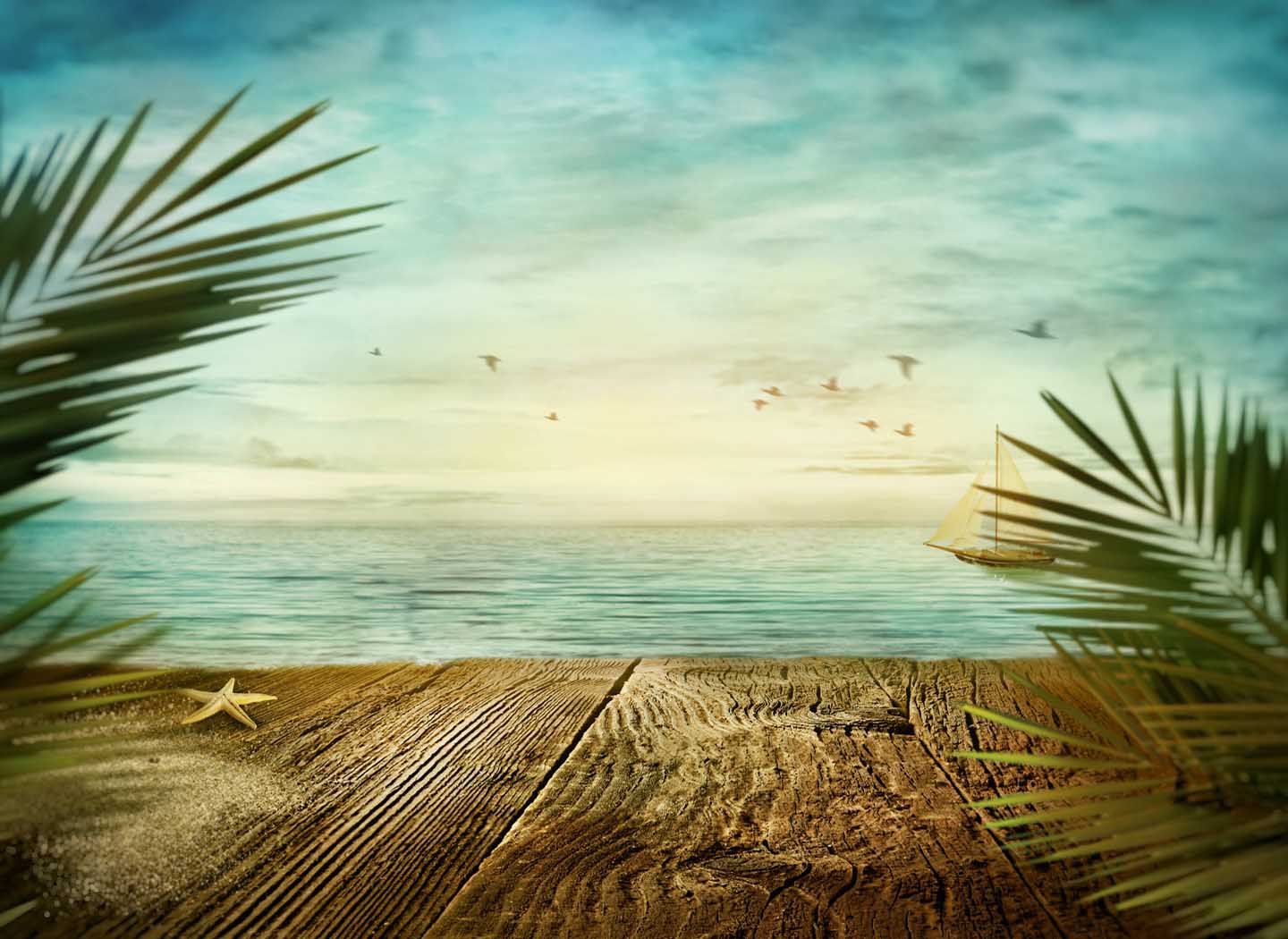 The day you learn to handle criticism without getting angry, you will find yourself at the shore of eternal peace, reveling in bliss.

Our minds look upon criticism as an intrusion. This is the truth. Especially when negative feedback from the other end is unsolicited. Often, the seed of hostility in any relationship sprouts when criticism, which is inevitable, is either expressed or processed unkindly. Thereafter, even constructive feedback is rejected as a biased opinion of the other person. “Criticism may not be agreeable, but it is necessary. It fulfills the same function as pain in the human body. It calls attention to an unhealthy state of things.” These are the words of Winston Churchill beautifully summing up how one should look upon criticism. Nevertheless, to be open to criticism remains a rare quality few possess.

Numerous times, I’ve observed that people ask you for honest feedback, stressing the word honest, but when you actually do offer it, they become defensive. But, criticism is an important aspect of our lives and we can only gain from learning how to take it positively. Those who learn to handle criticism with discernment live in less conflict and command more respect wherever they go. Although I have written on it in the past (here), allow me to share my views in a different light today. Here are three golden principles of being at peace in the face of criticism. The next time you have to handle disapproval, justified or otherwise, reflect on these principles and you will remain mostly unperturbed.

Often when we are criticized, ego raises its hood and most of us become defensive even before fully listening to what the other person has to say. We tend to believe that we know absolutely everything about us and that we know what we are doing. And anytime we are challenged, it shakes our self-belief, it rattles us. Some people react sharply and some withdraw, but the best thing to do is to ask yourself this question: is it beneficial? When their criticism or advice, however unsought or negative, is actually for your benefit, it is only prudent to pay attention to it. You don’t have to take their feedback personally; simply listen to it and once done, mull over it and decide if there’s merit in it. You can then make a conscious choice of accepting or rejecting their views. This approach allows you to handle criticism in a non-violent way, without feeling bad.

When criticism is not beneficial or constructive, it can sound like a scathing attack on you, your credibility and your talents. Our natural tendency is to shut down completely or react violently in the face of negative criticism. We are quick to dismiss the criticizer as our adversary and write him off. But, what if they are actually right? And, this leads to the second question we should ask ourselves. Is it true? If what they are stating is the truth, however unpleasant and bitter, we should shut up and listen rather than react and reject it. The other person is under no moral obligation to sugarcoat their statements. Even when their criticism does not sound beneficial but is true, we can’t go wrong by reflecting on it. At any rate, it is food for thought that may help us get better at what we do.

Is the intention noble?

Sometimes their criticism is neither true nor beneficial. It’s a tricky situation and a particularly hard one because you know they are being unfair. Well, to keep your peace, examine their intention. If their intentions are not bad, if they are your well wisher, then let’s choose compassion over reaction and let it go. This is not the time to make them understand your perspective. You can revisit it after the storm has passed. Further, just remember that if their intentions are not noble then their criticism doesn’t really matter. Why take it personally when we know it’s not true? And if they do mean well then rather than taking it personally, let’s act on it instead.

At the fundamental level, criticism is a violent expression. But then again, at times we may have to give negative feedback. How to go about it, you may ask? Well, there’s a difference between condemning the other person and highlighting their shortcomings.

For example, if a tennis player has been trying hard but has failed to win any tournament, violent and non-beneficial criticism may sound like: “You never win. What’s wrong with you?”
Constructive criticism will be more like: “I think you really need to work hard on your backhand. You lost many points today because of a weak backhand.”
And, positive feedback will be: “Your forehand strokes were phenomenal today. We could do with some improvements in serving, but, most importantly, I think we should really practice backhand lot more. The opponent scored 14 points because of that.”

Mulla Nasrudin’s friend had to attend a funeral for the first time in his life. Not knowing the protocol, he approached Mulla for advice.
“Where should I be in the funeral procession, Mulla?” he said. “At the back, in front, or on one of the sides?”
“It matters little where you are, my friend,” Mulla said, “as long as you are not in the casket.”

Handling criticism is no different. It doesn’t matter how you take it, so long as you don’t let it wreck your self-esteem, you are okay. The day you learn to handle criticism, honest or otherwise, in a non-reactive, non-violent way, you’ll reach a new shore of bliss. Resistance, conflict and criticism won’t be able to affect your peace then. You will discover the new you.

Every human being is entitled to courtesy and consideration. Constructive criticism is not only to be expected but sought.

The ultimate purpose of human life is to grow, to move higher along the spiritual evolutionary scale. In this process, it is inevitable that we will face criticism and feedback about our work, our actions and our character.

When such circumstances are thrown our way, our response determines our mettle. Our conduct decides our future.

The FAQs below delve into these questions and more including the all-elusive constructive criticism and the Feedback Sandwich concepts.

Because make no mistake, criticism helps us grow. It’s not just inevitable in life, it’s essential. What’s important is how it is delivered and received.

As American lawyer Frank Clark said, “Criticism, like rain, should be gentle enough to nourish a man’s growth without destroying his roots.”

What are the 4 methods of dealing with criticism constructively? 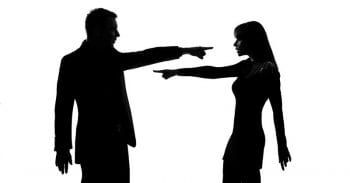 It is inevitable; criticism. Whether it is constructive criticism or non-beneficial, remember, it is always an opinion of the other person. If you agree with their judgment, their criticism may prompt you to improve yourself.

Sometimes, it can be hard to deal with criticism, especially if it comes from your loved ones. To deal with it, and to protect yourself, it’s important to understand that your freedom, inner bliss, is entirely in your own hands.

It is your own state of mind. What you do not accept can never affect you. Just like you, everyone has a right to their opinion. Till you rise above criticism, you must discover your own method to deal with criticism.

Until then, here are some of the popular ones for you:

Wondering what this is all about? How to Deal with Criticism will tell you all about it.

What are the positive aspects of criticism?

Be the other person a skeptic, critic, or supporter, my first instinct always is to at least listen to what they have to say. My father has a big role to play in this mentality of mine because ever since I can recall, he’s always told me that when someone offers you feedback, pay attention. 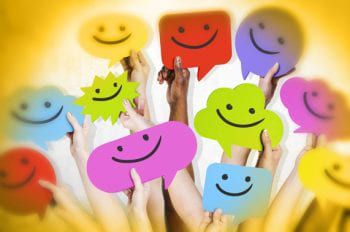 “You may choose to disagree or not act on it,” he’d say, “but, at the same time, it never hurts to reflect on it.”

I have found it true under all circumstances. Indeed, that’s how I ever excelled on any path: due to the kindness of others. Due to the wisdom of those who stopped to tell me where I could improve or what I was doing wrong.

Whether we agree or disagree is secondary, what’s important is to genuinely hear the other person out, I feel. This is the positive aspect of criticism, the ability of others’ opinions to change the course of our life for the better.

But it is also the hardest part of my life, for I am surrounded by Three Kinds of People.

What are the 3 magic words while providing constructive criticism? 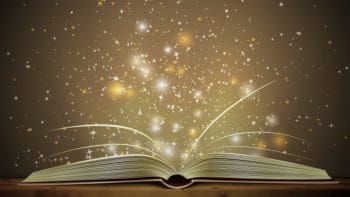 I reckon it’s a strange world because we teach children multiple languages but not the art of communication or effective communication skills. How have we missed the fact that we spend two-thirds of our time communicating with other people and yet most of us don’t have the faintest idea of how to say what we want to say?

Come to think of it, clarity of thought and the art of communication are what differentiate leaders from followers, it is the difference between a great mind and an average one. Communication even in the most positive sense involves influencing the thought process of the listener so they broaden their perspective to make room for your views.

So, I thought I should share three magic words from his book that are the bedrock of meaningful and persuasive communication:

Whether it’s knowing how to take constructive criticism or give, ultimately, your sincerity is what will see you through. And if you care to, read more from the Secret of Great Communication.

What is the Feedback Sandwich method about?

At times, you have to give negative feedback. What to do when hurting the other person is unavoidable? To cut the long story short, how to provide constructive criticism? My personal experience says that we can speak the truth or share our concerns in a kind and positive manner.

A while back, I read Ajahn Brahm’s Don’t Worry, Be Grumpy. He elaborates on a brilliant way of providing negative feedback which he aptly calls The Sandwich Method:

First, praise the people you want to criticize. Lay it on thick but honestly. Then we hit them, metaphorically of course, with the criticism, “But…” And the reprimand goes in through opened ears.

Lastly, we add another thick layer of praise, reinforcing that we are not rejecting them as people, only pointing out one or two faults among so many good qualities that we have just now taken the time to point out.

Read on for Om Swami’s take on the Sandwich Method in The Art of Criticism.

How do I stop taking criticism personally?

What do we do when someone says something against us? Is it constructive criticism or just people voicing their opinions?

The video below tells us what to do in the face of criticism and how nothing is personal. 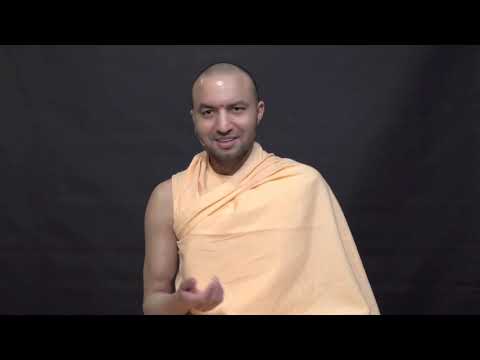