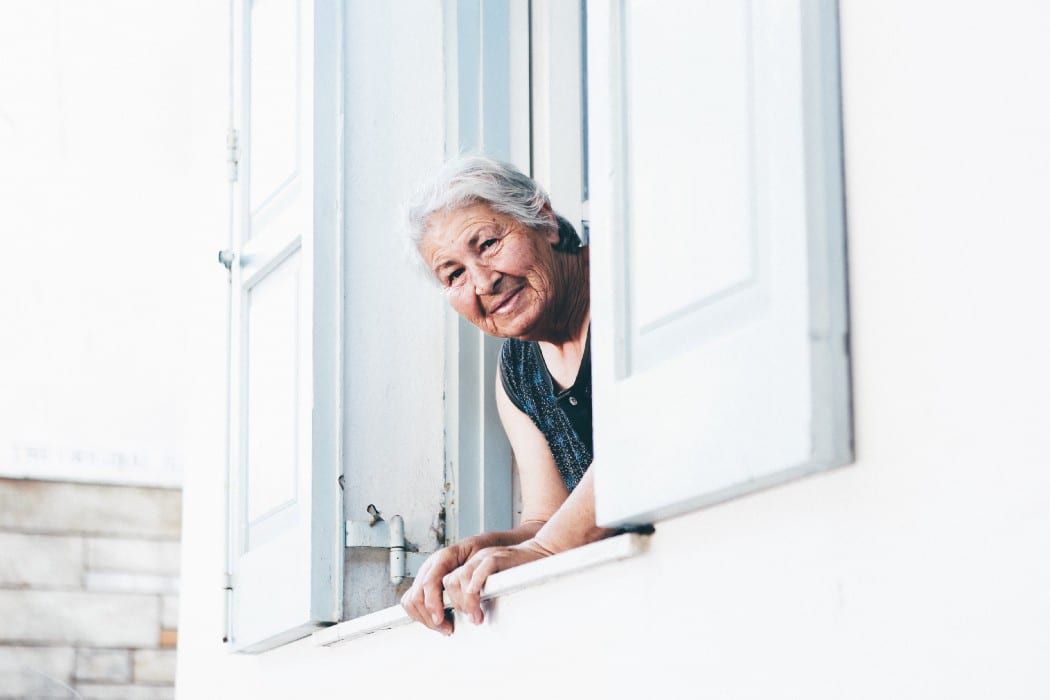 “If you sit in your chair and do nothing, that’s as far as you’ll ever get”

I watched the video in awe. I’d be lying if it didn’t make me emotional.

The video had been sent to me by one of my friends. His grandmother, about to turn 102 years old, was interviewed for the ABC news — the Australian version, not the American one.

Despite being a centenarian, Irene Loveland still lived independently at home, looking after herself as she had always done. In the TV interview, her energy and passion belied her age, and I couldn’t help but be motivated. She had a passion for life that people a quarter of her age didn’t.

Irene has lived through two ‘once in a lifetime’ pandemics — the Spanish Flu and, of course, COVID. She has also lived through 17 American presidents, the Great Depression, and several wars.

During the interview, one quote stood out to me:

“I don’t get lonely; there’s always something to do. If you stay in your own home, you’ve got to keep doing a job…., you use parts of your body you wouldn’t use otherwise. If you sit in your chair and do nothing, that’s as far as you’ll ever get.”

I have teenage sons who complain they are bored within minutes of being asked to get off their devices. I groaned through every day of lockdown. Yet here was Irene, cheerfully describing her day and the tasks she undertakes.

With 102 years of wisdom, I had to find out more. I asked my friend if I could write about his grandmother and share more of her thoughts with the world. If we could interview her and extract more details than a three-minute news video could.

I’ve read articles with lessons from Nelson Mandela, the Dalai Lama, and many others, and I think Irene’s advice is also worth listening to.

And perhaps be more relatable.

No Netflix and chill

The eldest of six children, Irene was born in London in 1919, just months after the first World War had ended. Or, as Irene knew it — the Great War.

As the world set about rebuilding, Irene emigrated to Melbourne, Australia, at the age of two. Back then, the boat trip would take almost two months. And from what I can tell, the boat had no Wi-Fi.

We became increasingly housebound over the recent lockdown period, and some habits seem hard to break. Hours of Netflix and screen time dominate our attention. Americans spend over seven hours a day looking at a screen of some sort.

Irene obviously grew up without cell phones and the internet, so she was always active. Even in her second century, she focuses on keeping her mind and body active. It’s one reason she still lives independently.

Moving to a nursing home would see her become less active. She even finds solace in undertaking simple house chores. They keep her busy and her muscles moving. At 102, no one would think less of her taking it easy and having others do all her work.

But that’s not her mindset. Her family worries that she lives alone at an age when very few do but knows that she is still physically capable.

Interestingly she offers one piece of advice that may seem contrary to her ‘be active’ mantra.

“People today live too fast. They don’t get enough rest. They need to take things to keep awake.”

It is something many of us can attest to — especially those addicted to coffee.

During the 1930s, the Great Depression hit the world’s economy. Money was tight for many families, and it was similar for Irene.

She remembers the feeling of constantly being hungry. Most of her meals were bread and dripping. Seventy years later, Irene still recoils at the thought of the dish.

“ I can’t bear the thought of it these days, but when you’re hungry, you can eat it.”

You may recall the mid 80’s sitcom The Golden Girls. Irene and her crew had those girls beat by several decades. Many of her close friends have lived long lives. One of Irene’s best friends recently passed away at 111.

Often it is said you are the sum of the people you surround yourself with. Or, in Tony Robbin’s speak “the quality of a person’s life is most often a direct reflection of the expectations of their peer group.”

Irene echoes that statement and believes it is why so many of her friends have lived well into their nineties and beyond. She is adamant that if you surround yourself with good people, it will brush off. And with her friend’s positive mindsets and passion for life, they live much longer.

I checked this, and Irene’s advice is supported by a 2019 study that found that positive thinking can result in an 11–15% longer lifespan and a bigger likelihood of living to age 85 or older.

Of course, 85 is considered a young whippersnapper to Irene, but it’s still a reasonable effort.

Irene was heavily involved in her local church. She worked for a minister when she was a young teenager, and his wife took Irene under her wing, teaching her how to cook and other life skills.

She put these skills to good use, catering church functions, making food for charity drives, cooking scones to be served after Church every Sunday. One of her favourite activities was to knit Humpty Dumpty Dolls for the Red Cross to sell.

Irene was still working for the minister during World War Two. She would make wedding appointments for soldiers in a rush to get married before they left to serve their country. She often wondered how many of those young men ever made it back home.

Long before Beyoncé was an independent woman, there was Irene. It’s a word she mentions throughout the interview. Independence seems to be her essence.

Irene says from the age of fifteen, she learned to be totally independent. Irene believes all teenagers should be taught life skills the same way she was. While she isn’t advocating for Bear Grylls-type survival skills, she believes in developing people to look after themselves.

This doesn’t mean she doesn’t believe in helping others. On the contrary — charity is another one of her buzzwords. In fact, she has even won awards for her charity work and proudly tells us of the work she has done.

But after speaking of her charity work, Irene circles back to independence.

Advice from Irene (and a tiny bit from Ash)

At an age when many people are retiring and relaxing, Irene moved from one end of the country to the other, setting up a new home. She was in her mid 70’s.

Thirty years later, she is still in that same house.

It was an enthralling call with Irene. My friend wrapped up the phone call, thanking his grandmother for her time.

“Is that all? That was very quick. I can tell you more,” she told us.

I do not doubt that Irene could write a book. Or perhaps get me to ghost-write one for her. Instead, we will check back in another few years to add some more advice from Irene.

I want to temporarily move from Irene to offer a bit of advice myself.

I encourage anyone reading this to take the time to sit down and chat with their grandparents, or their elderly neighbour, or their old professor. They are more entertaining and educational than a Netflix show. And their stories should be shared.

And if for some reason you can’t find someone to talk to, then I’d recommend reading the book The Happiest Man on Earth written by Eddie Jaku when he turned 100.

Irene wanted to leave readers with this short quote that has driven her for over a century and is worth holding in stead.

Self Discovery
Support This Author