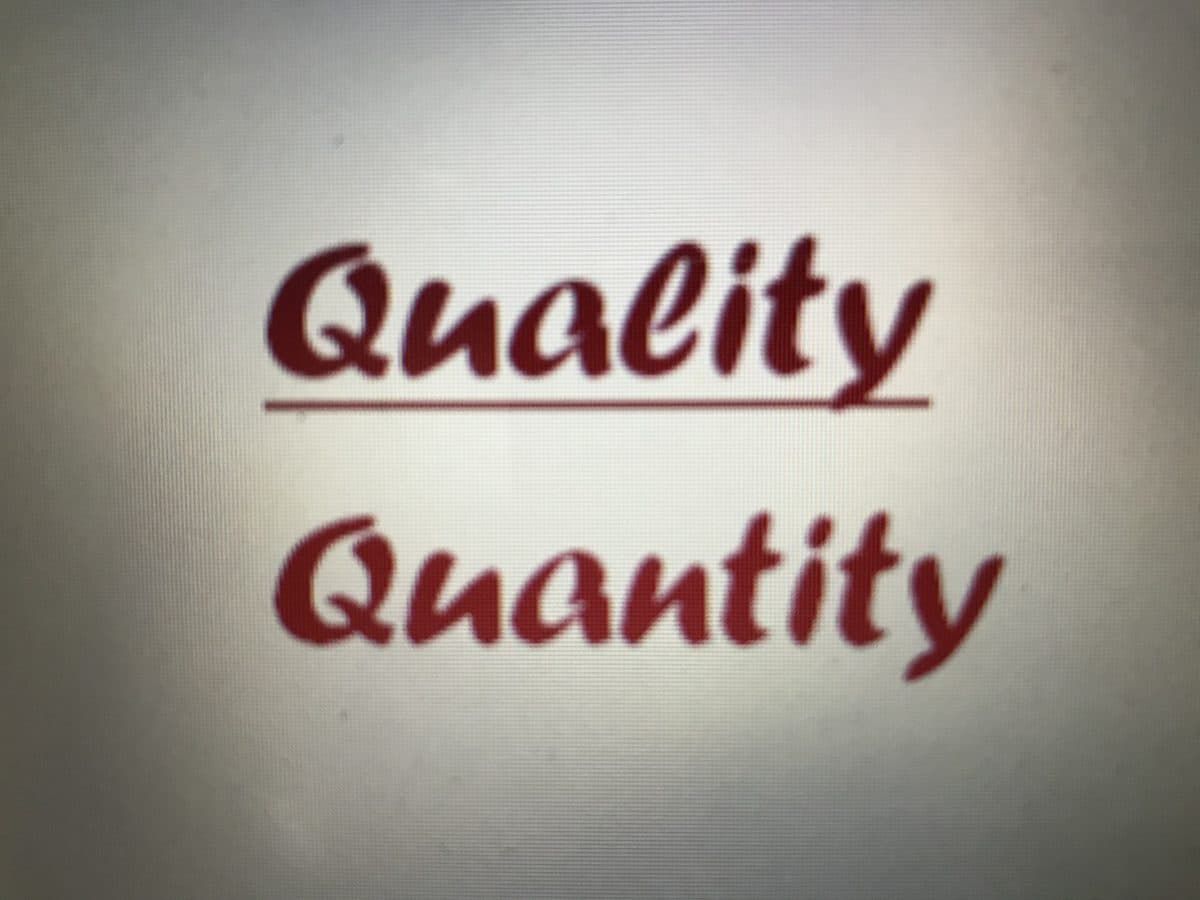 A bunch of spiritual experiences in my lap

Believe it or not!

I was blessed to have only 360 seconds with Om Swamiji in two private audiences in Nov,18 and June, 19 each 180 seconds long. I did not have ‘Om’ in my name like other devotees, I did not have white or ochre robe, I was not in any Om Swami Team and I did not reside in Sri Badrika Ashram. I did not have the quantity time like all of you had. Still I had a bunch of spiritual experiences in my lap and one of them was extremely rare.

He initiated me when I did not know anything about initiation. I only knew that I was asking a tough question which Guru answered only if the disciple had served the Guru for at least 12 years. I was very happy when He answered my question in my second audience with Him. Near about after one year I came to know that, I was initiated and I had to chant the mantras without using ‘Om’ in the beginning of any mantra. Last year in July, I came to know that I was initiated to Level 5 of initiation. When there is such a long queue for Level 1 initiation, I was surprised to be blessed with such a higher level of initiation. He is karunamaye!

You all would be surprised to know that I had never touched His feet physically though I touched His feet mentally numerous times in a day. He had never placed a mudra on my Sahasrara Chakra. Although I felt all the time, He surrounded me like an aura, a protective spiritual covering, which always helped me in growing spiritually and continuously guided me on the treacherous path.

He was so kind that He had blessed me many times in dreams, gave darshan in meditation, visited my house in astral body many kilometres away from ashram and bestowed the vision of various Devi’s whomever I worshiped. When He was 24 years old, He chose me as His disciple long before I chose Him as my Guru.

To be blessed with more quality time with Him, I woke up between 2-3am and sleep at night between 10-11pm sometimes rather most of the times without any nap during the daytime. Out of which I spent 7-8 hours in mediation or chanting, 1-2 hours in charity and rest in money making to keep the charity work going without any hassle. I worked very hard day and night to utilize every minute of my time so that I could have quality time with Him because even a fraction of His second counts!

One more private audience with Him and I will be self-reliant to open a ‘Foodies’ ashram in which chole bhature and gulab jamuns will be served as prasadam, by creating a blue ocean as no other ashram served them as prasadam. 😀 Prebooking starts now! 😉 😀

2. While searching quotes on internet, I came across an interesting quote that I could not resist to share with all of you. In Killosophy, Criss Jami quoted, “A lonely day is God’s way of saying that he wants to spend some quality time with you.” 🙂

Pic : Quality over quantity created by me.

1. What were your personal experiences after chanting the Lalita Sahasranama.

2. Does it take a lot of time to get the pronunciations correctly of the whole Lalita Sahasranama.

A replied 11mo ago

Dear Suchali, I can with all honesty say to you that the sacred LS is truly miraculous! Its power and potency to transform cannot be fully expressed here, but from my experience I can say that listening to it and then subsequently chanting it has completely transformed my being in every way. The more you delve into it the deeper it will take you into your own being. I will share just one instance because I feel an inner guidance to share this. I had always suffered from severe asthma since childhood and I used to use a puffer every day like 6 times and If I left anywhere without my puffer, I would suffer almost a panic attack over fear of getting an asthma attack. Even If I laugh loudly, I used to get severe asthma.  Ive been regularly chanting LS for a while now and I must say that before chanting LS, I truly did not feel any connection or true love for Devi. The goddess felt more like a concept than a reality. However, after I started chanting LS, I started to feel slowly like I know Devi and I started to feel a connection with her and eventually love! One day maybe after 4-5 months after I began chanting the whole thing, somehow I was able to grasp a subtle inner truth that opened a deep clarity about my Devi's oneness with everything and everyone.  At that moment I don't know how or why but I just felt that when I suffer from asthma, it is actually Devi who suffers through my body because she is one with all beings. I felt deep empathy and compassion not for me but for her. Remarkably, from that day, my asthma that had been my companion for more than 30 years just went away. Ive never used a puffer since that day! It literally miraculously went away in one day! Maybe it was just all just a sheer coincidence? You decide. Key point is that LS chanting forged a deep bond of love between me and the divine. To me it has made me connect with Devi like no other mantra before and for me it has created within me what feels like a real personal one-one relationship. Hope this helps.

In terms of how long it took, I would say about 4 months or so to memorize the whole thing. Also, dont worry about making mistakes in chanting her names. If you focus on getting the heart right, Devi will help you with getting the names right 😉. Heart is more important.

Why i see that I'm killing demons and devil's in my dream.

From few nights I'm suffering from a wierd phenomenon that in my dream  i see that I'm killing demons and devils in my dream. Sometimes i wake up suddenly in the night because of fear of bad dream. Kindly help me in this issue. I am doing meditation of god but why i see these types of things in my dream.

Dear Apoorv ji, most of the dreams are like karmic cleansing. Don't give much importance to them, if some dream is of significant importance, your inner voice will tell you. On spiritual path, through meditation, we bring deeper layers of mind on surface. See, there are a lot of images stored in there, by lot I mean LOTS AND LOTS. Sometimes, some images come to surface as dream, it's fine, it's just a cleansing process. Stay calm and watch, it will eventually pass. Please don't form unnecessary positive or negative thought process or theory out of those dreams unless it's really your inner voice, unless you are guaranteed that your inner voice is guiding and not your limited and conditioned mind. If you form too much thought process, it will create unnecessary distractions. Just keep walking your path persistently. Don't be afraid.

It once happened with me that I had terrible nightmares, intensely terrible ones, the worst ones of my life, for few days. I have never had more frightening nightmares than those. Let them come and pass, whatever it is, good or bad. Once it is cleared, your meditation will deeper.

On a side note, it's good to have bad dreams, believe me. For example, if a dog bites you in dream, then pain felt in dream is same as pain felt in reality. So the karma which you were going to experience in real life as dog bite, you experienced in dream. And so, one karma gets cleared so easily. Remember, most of the dreams help in karmic cleansing. Some may even be some guidance, ask yourself, try to listen to your heart.

Take care, ensure that you take good sleep during days of intense dreams. Hope this helps🙏

How has been your life before and after knowing Swamiji?

It is Swamiji's B'day today and I felt this question needs to be asked for it is close to everyone's heart.😄😊

For I asked the question, I will give my answer to this question.

Swamiji came into my life in Oct/Nov 2019. I got to witness himself closely two times in 2020. I was going through a lot of mental turmoil and in Swamiji I found my Guru. Before Him, I sought other gurus but none resonated with me like Him  although I respect them too. Slowly, as I started imbibing his teachings in daily life, and contemplated on what He teaches, I found my answers. I call it His Divine grace that today I'm finally healed after a long battle with mental health. I still have impurities in my personality but I believe that His' and Hari Bhagwan's krupa is with me and that slowly I will become more capable,  virtuous and a better human being. I am still learning... but the path is set.

The path is chalked out..only the walking remains to be done..and before? There were only circles..

What do you think having a pure heart means?

God resides in hearts that are brimming with purity.

It's a question that has been on my mind for quite some time, so let me ask you beautiful people, what does purity of the heart mean, according to you?:)

Ahana B replied 12mo ago

For me purity of the heart means being child like. Being quick in finding joy in something as simple as a 1 rupee candy. And just as quick in moving on from hurt and anger and not harbouring any feelings of hatred or grudge towards anyone. Children are hurt easily, they forget easily and they rejoice even more easily. Just playing along with the world.

What is the most profound realisation you have ever had?

It can be anything:)

Om Swami is also an energy field and not a person only.

He loves me more than i love him 💟