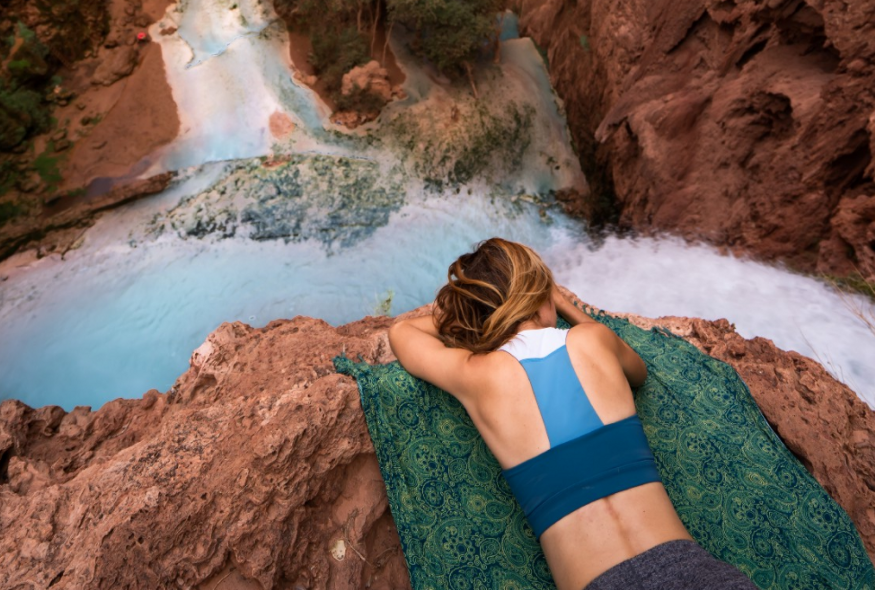 You are reading this because you are interested in health and fitness. But you are sick of reading the same regurgitated advice over and over.

Let’s be honest; AI could have written 80% of the articles on this topic as they cover the same robotic and generic tips. Yawn. We are all better than that.

So today, I thought I would scour the bowels of the internet for some simple bits of health and fitness advice that you may not have seen before. And as per my previous expert health article — they are backed by scientific research. No AI is used here!

1. Chewing gum helps the brain
If you aren’t a coffee drinker, then maybe you try chewing gum for an energy boost.

Researchers at the Department of Psychology at Coventry University found that chewing mint-flavoured gum can dramatically decrease feelings of tiredness. This was supported by a study done at Cardiff University that found that the action of chewing gum gets the blood flowing to the head and enhances brain performance due to “mastication-induced arousal.”

Now there is a term that I would never have thought I would be typing — mastication-induced arousal. Yes, I wrote mastication.

It’s also been found that chewing gum can improve test scores and improve memory by 35%.

2. A coffee nap
If you are like me, you use coffee to kickstart your mornings.

However, coffee can also help you sleep — if you take a ‘caffeine nap.’ A caffeine nap is where you have a coffee and then immediately attempt to rest for twenty minutes.

Researchers at Loughborough University in the UK trialled the caffeine nap. They had three groups of participants — group one had a caffeine nap, group two had a regular nap, and the third group had a coffee but no nap.

The groups then got tested on a driving simulator, and their reaction times were assessed. The caffeine nap group easily outperformed the others.

A similar study was done in Japan, and they found people who had a caffeine nap performed better on tests.

And finally the most important study of all. I actually tried this myself every day this past week.

After lunch, when I am at my most tired, I have a coffee and then a nap. Each time I awoke after ten to fifteen minutes feeling refreshed.

3. Cool off with a hot drink
It’s a hot sunny day.

You’ve had a big workout. Or perhaps you have been sunbaking in the backyard. You’ve worked up a sweat and now need a drink to cool down.

Logic says grabbing a cold iced drink will cool you off faster than a hot beverage. Actually, the reverse is the opposite.

Two recent studies say that drinking a hot beverage will cool you down quicker. This is because when you drink a hot drink, your body recognizes the change in temperature and increases your production of sweat. And sweating cools you down.

The National Library of Medicine published a paper with the ridiculously long title Body heat storage during physical activity is lower with hot fluid ingestion under conditions that permit full evaporation. Despite the less than catchy title, the research did confirm that hot liquids can help people cool down.

It is one reason why in countries such as India, people drink hot tea in hot weather.

And having been to India several times, I can also attest to the fact that the chai there is delicious — so that also helps.

4. Stretching reduces calories burned
Another study with a less than memorable name, Effects of Static Stretching on Energy Cost and Running Endurance Performance, came up with some interesting results.

It found that people who stretch before they go for a run burn fewer calories than runners who don’t stretch at all. It also found that non-stretchers ran farther than their stretching counterparts.

I’ll be honest and say I rarely stretch before exercise — much to my partner’s chagrin — but it is recommended that people stretch to prevent injury.

I also recommend researchers choose shorter and punchier titles for their studies.

5. Choose your workout gear wisely
How much thinking do you put into what you will wear when your work out? Is it the latest expensive Lulelemon outfit, or is it something cheap from Target?

Your decision may have more impact than you’d think — especially with regard to colour.

Environmental psychologist David Alan Kopec looked at what impact the colours of your workout clothes had on your workout. He found that red and orange can trigger your brain to increase body temperature, which forces you to work out harder.

This theory even works on Olympians. In 2004, scientists from the University of Durham wanted to examine the link between wearing red and athletic performance.

During the 2004 Olympic Games in Athens, boxing, wrestling, and taekwondo competitors were randomly assigned either red or blue kits. The scientists then tracked the performance of red versus blue athletes.

They found those in red kits won 55% of bouts while those in blue won 45%. Given it should be 50/50, it was a considerable advantage to be wearing red.

I’ve always believed that red cars go faster — now I see there may be some scientific evidence behind that!

6. Money can’t buy happiness — but sleep can
Many successful entrepreneurs and business leaders boast about how their long work hours and the lack of need to sleep.

The world’s richest person Elon Musk used to brag about working 20 hours a day and having little need for sleep. While money can buy him expensive space rockets, it may not be buying him happiness — the day I write this; he announced his separation from his partner.

But research shows if he slept even an hour more, he could be happier. A study by psychologist and Nobel Prize winner Daniel Kahneman found that an increase in your income actually has little effect on your daily mood.

His study found that getting just one extra hour of sleep each night does more for your daily happiness than a $60,000 increase in income. One less hour of work invested in sleep instead will improve your health.

Now I realize that Elon earns more than that each second but is he happy? I know I’m not getting a $60,000 pay rise any time soon, so I’ll go with the extra hour’s sleep.

Hopefully, you are open to trying a few of these tips and seeing what impact they may have on your health and fitness.

The caffeine nap has been a new thing for me and something I’ll continue to use when I can. It’s not something that I would have ever contemplated previously but demonstrated that it’s not always the obvious health advice that works best for us.

If you have tried any of the above, do let me know your results. And get down to your local sports store to buy the red workout gear before it sells out!