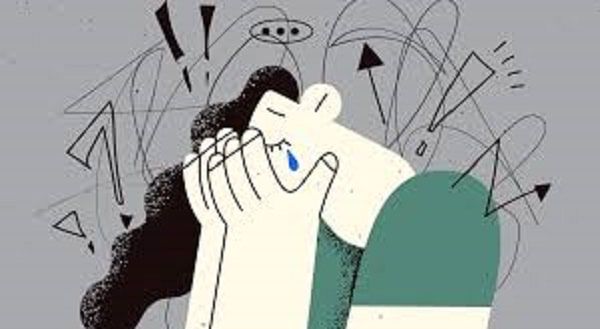 One quality trait which is found common in all people who abuse is that they appear to be real ‘becharas’ of the world. For those who don’t know who a bechara is, it’s a person who is poor, pitiful, a sponge for your kindness and empathy, at least that’s how abusers come out to be with their hundreds of stories of how life was not fair to them so, they somehow decide that some abusive tactics wont harm the world or maybe they don’t know that what they do is abusive. Here, I will not only talk about physical abuse, but mental and emotional abuse as well.

At the time stamp of 26:55 in this YouTube video , Swamiji has made it absolutely clear that nobody in this world deserves to be attacked physically whatsoever. So, there ends the entire question of raising hands on anybody upon anger, argument, or anything. Such an action is not only detrimental to the self-esteem of the person at the receiving side, but it negatively impacts the spiritual growth of the doer as well. Furthermore, Swamiji says, “Don’t put up with abusive behavior. Any behavior you will accept will be encouraged.” Wow! Beautifully he puts across his words, simple, relevant, short and direct. Just love him for that!

Now, you all know that shit happens. It just happens. I too met a person who had a difficult childhood and out of my sympathy and empathy I did not do the first mandatory task i.e. build a healthy boundary for myself. And there you go! This person would get sad on the littlest of things and block me straightaway because of the ‘anger-issue.’ After a few minutes, he would calm down and unblock me again and justify how certain things made him sad, how I triggered his sadness and how I should immediately apologize because he was sad. This was almost a weekly affair and no, I did not get used to such impulsive blocking. Every time this person blocked me, a strong sense of anxiety would grip at me and a huge feeling of guilt would prevail, like I was so insensitive to have said that; or I was so careless that I did not take his issues into consideration, I just blabbered what I wanted and its so selfish of me etc.

The issue wouldn’t be a huge thing but such a feeling would leave me paralyzed on the aspect of what was right and what was wrong and at the same time, it would force me to accept such a person back into life because I wanted to undo all wrong and be good again. (Was I running after validation? Maybe, Yes.) Ah, coming back to the topic, according to me, constant blocking-unblocking creates a strong tension in the brain leaving a person in a choking uncertainty. Once or twice is a different thing, but to subject people to such mental turmoil very often is outright abusive to the receiver.

This continued cycle made me realize that somebody’s life and their reaction is not my responsibility. The bitter fact is that it is them who will deal with their lives and we can only offer help with whatever means we have. If such help is not working out for them, there is no need to help them anymore and no need to subject oneself to any abusive reaction any further.

Sometimes we get attached to such abusive people because our habits and our ways have been so heavily manipulated by them that it becomes a paralyzingly guilty thought to even leave them. It generally happens in any human relation which is based on codependence and a certain level of toxicity. Anyway, letting go is the key. Until an abuser decides to change his/her behavior, no power in the world can help that person calm down. Repeating certain habits out of an ‘anger-issue’ without making any amendments in one’s own behavior is just abusive to the receiving party and I will like to quote from Swamiji’s post ‘Toxic Anger’, “Reactive or toxic, it is not worth it. There are better ways to manage your emotions. Only if you let yourself.”

Another aspect of emotional abuse that I want to highlight is from Sri Devi Om ji’s post ‘The Habitual Liar’. Most of us have come across serial liars who would promise to deliver something but would constantly fail to do so. Such liars are ridiculously committed to lying at convenience, anything that makes their way go. Sometimes such people wish to deliver the promise but can’t and again, won’t make any changes to their behavior. Its harassment and its abusive because such lies raise hopes in the targeted person, which only come down crashing. Or the targeted person already knows the truth and yet another lie only damages their trust, not only in the liar, but also in the people around. As she writes in the post,

“Lies and manipulation are a form of emotional abuse that is highly difficult to identify. Many people, like me, don’t even realize that they were going through emotional abuse for years. Tragically, in addition to going through abuse, I also blamed myself for being unreasonably angry. However, the truth turned out to be something else. The trigger of my hysteric anger was Devi’s constant lying.

The sad part in this story is, even Devi probably doesn’t know that she had caused so much pain due to her lies. Perhaps, this is why the scriptures emphasize speaking the truth. Truth keeps our conscience clear and takes us closer to the Divine. Further, it also ensures that our lies don’t emotionally abuse those around us. As the wise say, Satyameva Jayate. Truth alone triumphs!”

Always remember, anything that costs you your peace is extremely expensive. That’s all from me today. Please take care of yourself. You are precious!