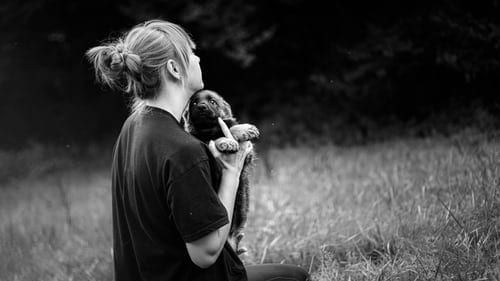 Life is ugly sometimes and you will realise you do not have a single power in you... You can not change somethings

This memory dates back to two years ago. I  was busy shooting for a daily mega TV serial. Our location was a big house which was made for the shooting purpose only. In mega serials, outdoor shoot schedules are limited, and the work indoors is always more.

Close to the house was a  road that connected lanes. Like every Indian road, this lane of ours also had some stray dogs and cows. Every day after lunch,  there’d be a whole lot of food left in big containers. It was my daily duty to give the rice, dal and left over curry to cows and dogs.

There was a female dog who was like a pet to us. I, a crazy dog lover, would care for her and her friends. Days passed. One day, she got pregnant. I became more caring towards her despite the truth that she was a stray.

We called her Sundri. Every day when I reached my location, I would search for her, call her, give her biscuits. Only then would I sit for my make-up. Some people were irritated seeing my extreme care, but no one ever said anything to me directly, maybe because of my seniority. I do not know.

One day, when I reached my location  I couldn’t find her. A technician told me, “Didi, Sundri is not well. She is sleeping in a dark room. I rushed to her. As I have some experience tending to dogs, I could tell she was running fever when I saw her. Sundri looked at me, wagged her tail slowly, and made a crying voice.

I requested my director to give me some time off so that I could take her to hospital. My director agreed. I, along with a technician, took her to hospital. The doctor gave her an injection and medicine. by the next day, Sundri was fit. However, the story doesn’t end here. Here comes the bitter part.

After some days, Sundri became a mother of seven puppies. We were all happy. Soon, the entire 45-people unit became accustomed to the puppies and Sundri; I felt it was somehow an effect of my crazy love for dogs.

Out of the seven puppies, four died in a road accident. The rest three, survived. Days were passing by well, until one day, something terrible started happening again.

One by one, the puppies started having fits. Two of them died. I remember how I looked up a doctor everywhere with all my heart. Finally, I found one who was ready to come to the location to see the last puppy and check his condition. It was not possible for me to go to hospital every day. My director wouldn’t have allowed it, as it would disturbed the shooting. I was helpless.

The doctor started the treatment. He declared that it was a typical virus, and in such an infection, when fits start it’s very difficult to cure the little one fully. As the days were passing by, I was getting more stubborn for the treatment.

I made a bed for the puppy so that he could sleep comfortably when drips and saline were giving to him. I was witnessing the fit every alternate day, it was like watching a ghost. It was unbearable. The doctor gave him sleeping dose so that most of the time he could sleep. I used to play Gayatri  Mantra on YouTube and would keep the phone for hours by the side of his head so that he might get relaxed.

The crew and those shooting with me were speechless upon seeing this act. Some laughed. Some got extremely irritated with my madness. But I was stubborn. Every day it was the same routine. I even appointed a production spot boy and paid him extra money to take care of him at night when I wasn’t there.

The worst part was that whenever he was awake, the fits started to eat him like a giant monster. It was like the puppy started staying in coma. The way I was watching him day and night, I observed Sundri is less worried for her baby. It seemed that Sundri was totally dependent on me. She observed how I sponged clean the baby, how I oversaw the drips given to him, and how I kissed the baby and all. It was a fine thread that tied the three of us: Sundri, the little puppy and me.

Finally the worst day came. The doctor gave up. He declared that it is difficult now for the puppy to survive like a normal dog and the fits will  never  leave him permanently. Now guess what my decision was?

I decided to euthanise the puppy!

The monster inside me was the same, it was stubborn again. This time the doctor was not ready, though. He said it was against his principle to kill the puppy. I said he will never come out of this coma and there was no life now. There was no miracle. It was beyond our trying now. But the doctor did not agree. The monster/demon whatever there was inside me, requested the doctor. But he wasn’t ready. Finally, I called up another animal shelter, and talked to another doctor. This doctor agreed.

I remember that ugly night.

It was raining heavily. At 10:00pm, I left home and went to the location. The doctor arrived after an hour. It was just the three of us: I, the doctor and the spot boy, named Santosh, who stood by me in my entire journey of this episode of my life. Sundri was as usual happy, probably was thinking I was taking care of her child. She was running happily around the poor sleeping kid, smelling him and running back to me and licking me. As if she was saying, ‘I know you will protect my baby’.

But I was betraying her, betraying her motherhood, cheating on her trust she had placed in me… I was the monster who she thought was an angel. We were standing by the side of the little puppy. I saw the bones in him. It has reduced a lot in weight and flesh. He was in coma.

Suddenly, I started crying. Santosh panicked because it was night, and we were outside on the road. I cried and cried and asked the doctor like a fool, looser: What you will do to him? Please tell, will he feel any pain?

The doctor asked me to calm down and assured that nothing will happen. He won’t feel anything. It will be only an injection. Then the he injected him. I was observing everything closely, the breathing stopped slowly. As the breathing stopped, my cry grew louder. Sundri did not understand anything. She was still happy. She still trusted me. The doctor left us.

I carried the baby in my hands as if it was my own child. In that heavy rain, Santosh and I went to nearby lake. Santosh brought everything with him such as salt, agarbatti, and flowers, too. I never asked  him where he arranged the flowers from. He also took all the medicines, saline, left over injections….

As I carried the baby towards my car, I saw Sundri who looked more confident. She must be thinking that I was taking the baby to the hospital like how I had taken Sundri earlier, and just like her, the baby would be fine too. She was dancing in the rain. I was crying.

That night I came home at around 2:00am. After that episode, some people mocked me… How could I take this step? Am I mad…

It is my confession: Among many sins, it is one. Whatever decision I took that  day, I really do not know to what extent it was a right thought.

Tears are rolling down my face even as I share this page of my life with you. I remember, Swamiji said in a group discussion that in the worst case scenario, euthanasia can be a right decision. His words somehow gave me peace. But I have never been able to forget it. It is imprinted in my heart. Today, as I share it, I hope you will understand the inner turmoil… 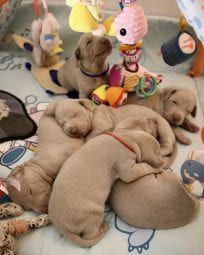 For near about 19 years it is Light...Camera... And Action...Professionally.En route I found My Master(w as searching from long)...Desires never died....Full of flaws i am..a tiny sand in the ocean..one day i will merge in that ocean...

Children of Love
Being Albino