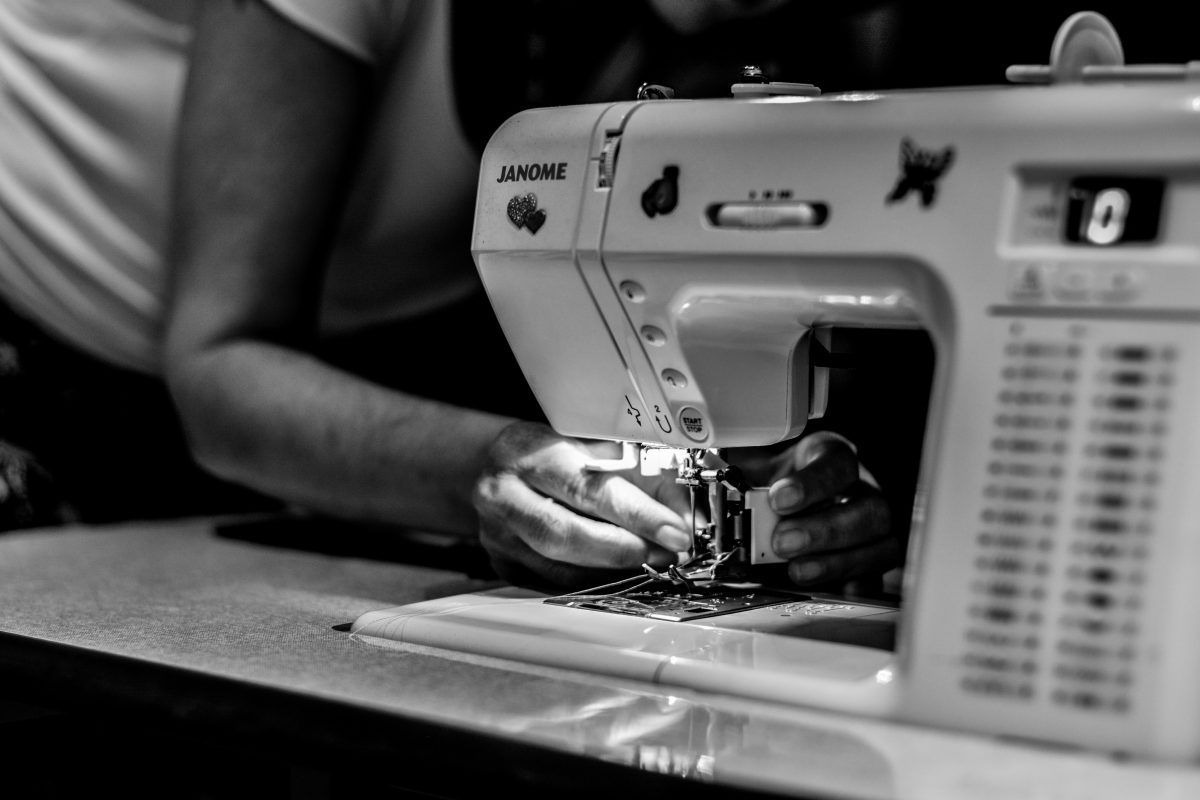 A Date with My Tailor

Certain things should go hand in hand with certain other things

Someone said that God makes a man, and the tailor makes him a gentleman. If so, in my case Sat Pal, my tailor, did that to perfection, covering up a paunch here or a bulge there. Professionally he was very competent; he knew his job a little too well, to say the least.

Belonging to the upper-middle class, a decent 500 or so sq yds family house in a good locality in Delhi, a Bachelor of Arts in English literature from Delhi University, and impeccable English, I was curious to know how he happened to take up tailoring.

He and his friends were standing in a queue in the famous tailoring shop in Kashmiri Gate (sorry I forget the name of the shop) to get their Convocation robe on hire. On the other side of the hall was an equally long line where Masterji with his measuring tape hanging around his neck, was busy surveying the build of each customer before taking his measurement for suits, sherwani, trousers, and what have you.

“Well, here is a readymade job, and why look for something else?” Sat Pal told himself, as he watched it with great interest. “The measurements that Masterji is taking continuously would require him more than 24 hours to convert into finished products,” he was convinced.

“So, you mean that was the turning point?” I asked. “Yes, but what was supposed to be a celebration at home on my return from Convocation, turned into gloom when I announced my decision. There was stiff resistance, almost to the point of my being shown the door.”

Somehow things cooled down. He had his way. Soon he joined as an apprentice, had his hand in every department, saved some money, left for London, did a Diploma in Tailoring, and returned to open a shop of his own. There was no looking back thereafter, a la I came, I saw, I conquered.

His clients ranged from the mere mortals like me to Bollywood actors Balraj Sahni, Moti Lal, Manmohan Krishna, to members from the diplomatic corps – the High Commissioner of India for England, etc. He had had their measurements cut in a thick khaki paper. He would just re-confirm their waist size. A meteoric rise. Everything going his way.

They say that if a person is proficient in one aspect, he would be deficient in something else. Sat Pal was perfect in his profession, but timely delivery was alien to him. Gradually he began to be hailed in private Delay Master instead of Tailor Master. But he knew how to handle such situations. Here is one instance.

A week after the indicated delivery date, I headed to his shop unannounced to collect my garments. His worktable was right in front. He could thus see from afar if any of his customers were coming. If he looks up and smiles, it means your job has been done. On the other hand, despite noticing you, if he lowers his head to look busy marking or cutting a cloth, it means your job is pending. On such occasions, you will have to announce your arrival rather than he greets you. He would deliberately take a couple of moments to raise his head from the job. He would then hail the assistant handling your job from the workshop at the back:

“Chaman Lal, Saab ka kaam hogaya?”
“No sir, not yet.”
“I think you will let me lose all my VIP clients.”

(I go to him max twice a year. But that is his way of raising sky high his clients just to let them hold on to him despite his chronic delay, which in any case I would bear just for the quality of his finished product.)

After making sure he had gone in, Sat Pal would give me his word of advice: “Sundaram ji, just don’t trust him, these people are like that only. Please come after three days. Better still, you telephone me before coming.”

If he feels I haven’t bought his arguments, he will add: “I think I am fed up with this. Sooner or later, I will take up a gas agency (he was politically connected) or convert the shop into a restaurant where I just have to collect cash at the counter while enjoying Mukesh’s soothing songs – Saranga teri yaad mein; Oh Re taal mile nadi ki jal mein…

A year later I rang him up for my next job – to get a suit stitched. Someone answered, “Sat Pal’s Restaurant.” OMG, I was shocked. “So, he did what he preached. I thought it was just a sales talk.”

Anyway, the fashion industry’s loss is the food industry’s gain, I said as I hung the phone. Like none of us, his tailoring customers, would have stopped patronizing him just for his chronic delay, here too the delicacy that he should care to serve should let his food-loving customers forego the slight delay in supply – here max half an hour, unlike ‘come tomorrow’ in the previous profession.