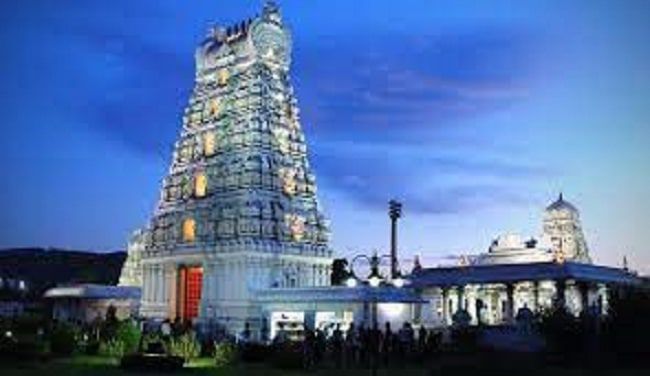 A Day I Had Everything Yet Nothing….

Having undergone a miscarriage, I was down mentally and physically. My parents suggested that we visit the Tirupati Balaji shrine and the Kalhasti temple, as offering a pooja there would be good for me. I was in a depressive state and for their sake I agreed to the trip.

Mom’s sisters and their families joined us thus making it a lively group. We reached Kalhasti in the evening, performed the pooja and halted there for the night. We reached Tirumala early next morning at 4 0’clock. The special Darshanam that we had opted for would  take an hour’s time, so we  carried our water bottles and left everything else in the car.

On reaching the temple we were informed that the special Darshanam had to be booked 3 days in advance. It was a big mistake in the planning so now if we desired Darshanam we would have to wait in the normal line.

Having no other option, the group decided to wait in the normal line. It was now 6 in the morning and we were feeling hungry. We got some small fried Medu vadas that were sold in the line and that satisfied us for a while.

It was past 12′ o clock as the line neared the Temple and we waited with frustration in a huge compartment like structure with stairs for seating. After a while we were informed that some VIPs were visiting and so inexorably the people in the normal line would have to wait more. I was losing my patience fast…

Around 3 in the afternoon after munching on Glucose biscuits and fried wafers since morning I couldn’t control my hunger. We had left all our snacks in the car, all that was available in the line were biscuits or wafers.  I asked the sellers for something filling yet this was all that was allowed in the Temple premises. I couldn’t leave the line.

My purse was full of money, yet I couldn’t buy a meal. All my life I have believed that having money meant you could buy anything. What a situation!
It was a profound feeling… Money couldn’t buy me food right now when I needed it the most!

After a while as if my prayers were answered I saw some people eating “Annam” that is curd rice, it was prasadam which was offered to the people waiting in the line. I was ecstatic! Just what I needed. I requested one of my younger cousins to get the prasadam from the counter, he refused. How could he?  In fact, no one from the group volunteered to go. How could that be? Weren’t the others hungry?

Fuming, I went over and stood in the prasadam line my medical condition making me more weak and vulnerable. The last hitch was yet to come though…

Although it has been many years since this incident, I still remember the taste, it was one of the delectable and sweetest meals I had ever had. Watching me eat the others from the group went over and got the prasadam too!

After a while I regained my strength and finally after more than 12 hours of waiting, we finally received our Darshanam!!!