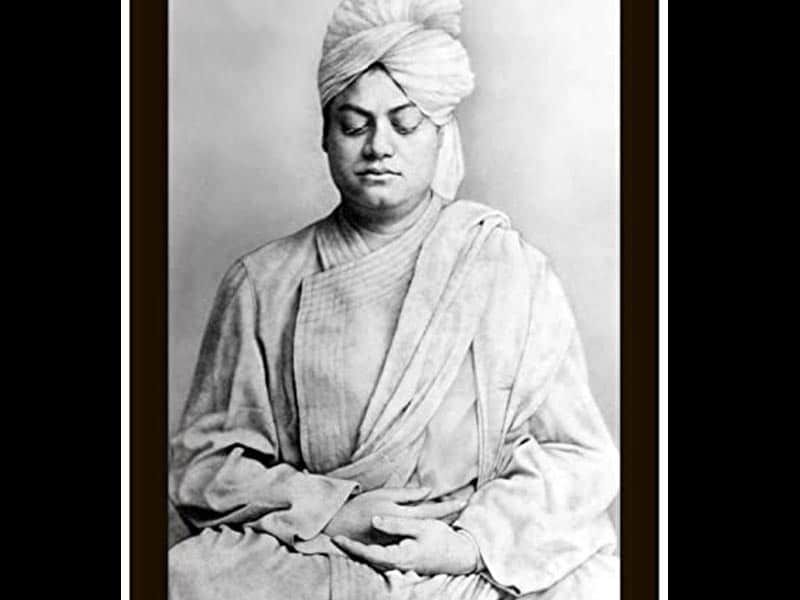 A Light Covers Me

The Spiritual experiences of Swami Vivekananda

I thought I should have a little disclaimer for this post. On the spiritual journey, people, as they progress experience a lot of things and states. However all true guru’s warn  against seeking these experiences. As they become the biggest deterrent on the path. As I write this post, I would like to share Swamiji never spoke of his experiences in his teachings. They were usually parts of intimate conversations  he may have had with guru brothers or his devotees.

He probably had numerous experiences. But these are just the ones that are recorded.  I thought it was important to put this point forward, lest, one gets mesmerized by the experiences and not the true teachings of the man.

The following little incident below will give a backdrop to understand his spiritual experiences . And perhaps for him experiences was natural as breathing.  His Guru, Ramakrishna Parmahansa had a vision about him when he had reached a deep state of samadhi. In his own words he says

” As my mind ascended higher and higher …… the mind reached the outer limits of the region beyond gods and goddesses, where a luminous barrier separated the sphere of relative existence from the Absolute …. even the gods dared not peep into that sublime realm . Here sat seven sages seated in Samadhi. It coccured to me that these sages had surpassed even the gods in love and renunciation …….when I saw a portion of the undifferentiated luminous region condense into the form of a divine child. The child came to one of the sages and tenderly clasped his neck …. and addressing him in a sweet voice endeared him to follow him to earth. That touch roused the sage and he fixed his half open eyes on the child. His beaming face showed that child must have been the treasure of his heart. The strange child spoke to him and said, I am going down, you too must come with me. The sage remained mute but his tender look expressed his assent. The sage then immersed back in samadhi. I was surprised to find a fragment of his body and mind descending to earth in thee form a bright light. No sooner had I seen Narendra(Vivekananda) for the first time, I recognized him to be that sage”.

That little child was Ramakrishna himself , so you see, the part of that sage that descended to earth was Vivekananda. So his spiritual experiences would be something ordinary people like me can only read of and be fascinated by it.

When his family was reduced to penury he went to Ramakrishna and begged him to ask Mother Kali to help his family after all the mother listened to him. The old man, smiled and asked him to go into the shrine and ask the Mother himself. So he went but when he looked at the mother’s face he saw the mother full of life. And all he could ask for was devotion, discrimination and uninterrupted vision of her. As he went out of the temple  he realized he had gone to ask for the material well being of his family. And he hadn’t ended up asking her for that. So he was sent back again because his Guru said go back in and ask the mother. He went back in again. And yet again he saw the Mother in all her divinity and couldn’t ask for anything material. This went on three times, and he realized this was all the play of his Guru.

His first experience of  Samadhi was when Ramakrishna touched him with his foot on his chest. He felt everything around him disappearing, the walls the temple gardens etc. He was taken aback and he started screaming what are you doing to me, I have a mother,  brothers and sisters. Ramakrishna laughed and said alright, alright everything will happen in due time.

His first experience of Nirvakalpa Samadhi was when he was meditating at the Cossipore garden house. He suddenly felt a light behind his head, as he concentrated more on the light he found himself becoming one with the absolute. He feel unconscious. When he woke up he couldn’t feel his body. And he said “I can’t find my body Gopal da”.

Once when Narendra was meditating under a peepul tree in the Himalayas, he realized the oneness of man and all other objects in the universe and that man was just a miniature of the whole universe, i.e., the human life follows the same rules as applicable for the whole universe. He wrote about this experience to his brother-disciple Swami Ashokananada. Another similar experience he writes of is his vision under a peepul tree on his way to Kakrighat. “Under this tree one of the greatest problems of my life was solved” He spoke about the oneness of the microcosm and the macrocosm.

Vivekananda meditated at Kanyakumari for three days, from 25 December to 27 December, on a large mid-sea rock, on aspects of India’s past, present, and future. There he reportedly had a “Vision of one India” and took the resolve to dedicate his life for the service of humanity. There has been very little elaborated on this. In most of my readings, the only hint I have found is Swamiji predicted the rise of India.  In a similar vision he had in Dwarka he saw in his room a great light symbolizing the bright future of India.

There is another story where Swamiji was in Kashmir at the Kshir Bhawani temple. He was pondering over the desecration that had been brought upon the temple by the Mohammedan invaders. He thought ” How could the people have allowed such sacrilege without offering strenuous resistance? If I were here then, I would never have allowed such things. I would have laid down my life to protect the Mother.”

It was then that he heard the mother speak “What if even unbelievers should enter my temples and defile my images! What is that to you! Do you protect me or do I protect you”

I love that story because I think it is very relevant today. Considering we have such strong violent thought processes where people have become self professed guardians of the Hindu faith.

The next incident is recorded by Sister Nivedita. She and a few others had accompanied him to Amarnath. Where apparently after he finished his meditation the Swami came out like he was in an intense spiritual stupor. So intense it was that no one dared to speak to him for a few days, it was like he had seen Shiva himself. It is said Shiva had granted him the boon of leaving his body as he and when he wanted.

There are probably many more experiences , but these are the ones that I remember reading. The last one is as Swamiji narrates himself

One day in the Cossipore garden, I had expressed my prayer to Shri Ramakrishna with great earnestness. Then in the evening, at the hour of meditation, I lost the consciousness of the body, and felt that it was absolutely non – existent.

I felt that the sun, moon, space, time, ether, and all had been reduced to a homogeneous mass and then melted far away into the unknown; the body-consciousness had almost vanished, and I had nearly merged in the Supreme. But I had just a trace of the feeling of Ego, so I could again return to the world of relativity from the Samadhi.

In this state of Samadhi all the difference between “I” and the “Brahman” (God, the Absolute Divine Consciousness) goes away, everything is reduced into unity, like the waters of the Infinite Ocean — water everywhere, nothing else exists — language and thought, all fail there. Then only is the state “beyond mind and speech” realised in its actuality. Otherwise, so long as the religious aspirant thinks or says, “I am the Brahman”–“I” and “the Brahman”, these two entities persist — there is the involved semblance of duality.

After that experience, even after trying repeatedly, I failed to bring back the state of Samadhi. On informing Shri Ramakrishna about it, he said, “If you remain day and night in that state, the work of the Divine Mother will not be accomplished; therefore you won’t be able to induce that state again; when your work is finished, it will come again.”

It is said his Guru didn’t allow him to have too many nirvakalpa experiences just so that he could continue serving the people and humanity.

PATIENCE IS A LOAD OF SHIT
Endless Longing