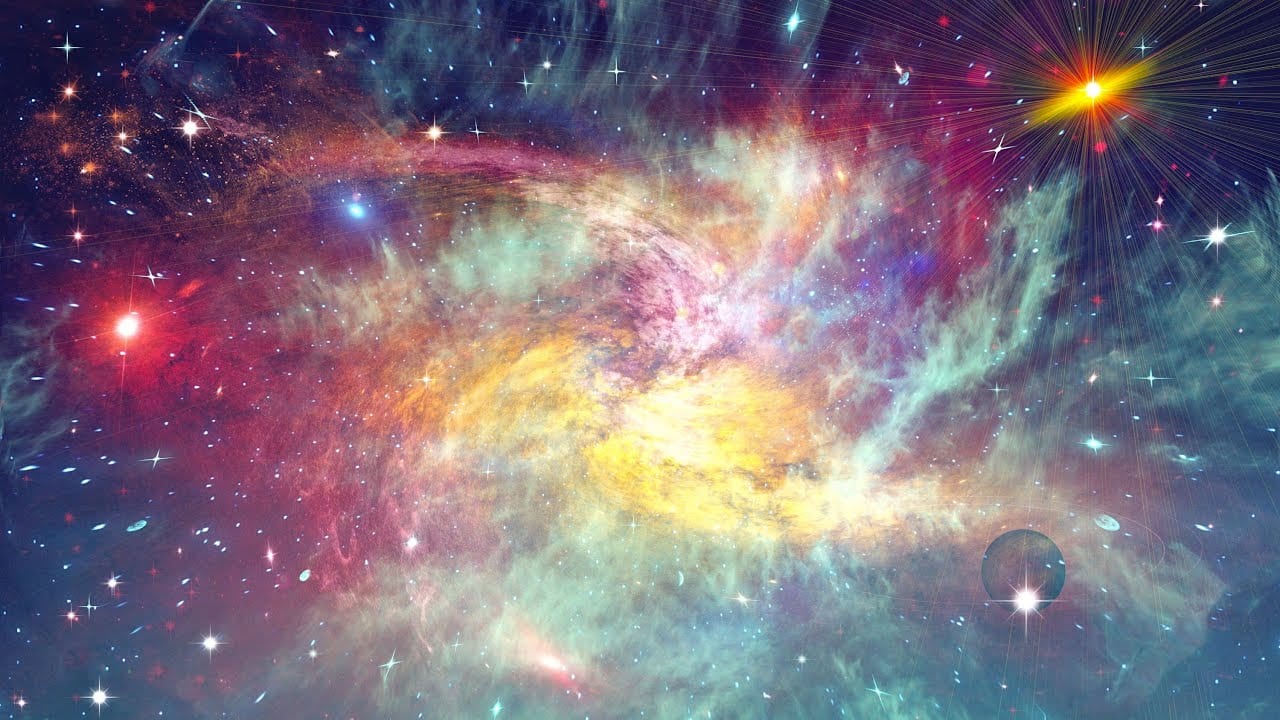 A Pinch of Insignificance

How can a pinch of insignificance create the door to the all pervading consciousness. Read to find out if all that is needed, is a simple pinch.

“Wow, I have never been to such a place. Why are we here Maa?”

“Because,” she replied with a serene smile. “It is now time to start your Vidya. You have never been outside the premises of Hemakuta but now it is high time that you gain your Shiksha.”

“What will happen if I gain Shiksha and earn Vidya, Maa?” I said to her sounding curious. “Will I be able to be like You and Ashutosh when I complete it?”

Listening to my question that was filled  with innocence, she couldn’t stop her grin. She bent towards me and placing her palm on my chin, she said,” No, you won’t be like us, dear. You will be more like you. The aim of Shiksha is not to be like someone else but to realize one’s true potential. To awaken the hidden potency that you own.”

“Do I have potency too, Maa?” I said feeling surprised.

“Yes son, you have so much potency. Remember that day while playing with the Ganas, you uprooted the whole tree just because you couldn’t find one hiding and Kshem had to pacify you before anyone got hurt.”

” I am sorry, Maa” I replied apologetically. ” But I thought everyone could do that.”

“No, son. Not everyone and this is the reason we brought you here. Here, you will learn how to control your energies and channel them diligently.”

‘I see but Maa, what is that melodious sound and from where is it coming from?”

From the moment we entered that place, a melodious tune pervaded my ears and it felt as if I was present everywhere like its vibration but the aesthetics of the place had triggered my curiosity and occupied my mind to such an extent that I started asking about the place and hence I couldn’t get the time to ask about the melody.

” Its Ved Gayan, my little one,” said a familiar voice. I have seen him at Hemakuta during several occasions with the other 7 sages that joined him whenever Ashutosh used to hold a Gyan Sabha.

“Devarshi!” I exclaimed with joy and touched his esteemed feet.

“Kalyan ho!” he said placing his palms on my Shikhasthanam.

“Pranam, Mahadevi. What brings you here to Brahmalok?”

” Swami and I have decided, it is time for our son to start his Shiksha and I have come here to get him enrolled into the Gurukula.”

“So the time has finally come, little one. Are you ready?” Devarshi said to me.

” Yes, Devarshi. I want to become fully me. I want to realize my full potency and know how to channelize them so that I could help Maa and Ashutosh.” I replied, excited.

” That is such an auspicious intention. Maybe when you complete your Shiksha, you can help this devarshi whenever he faces a problem” said Devarshi, smiling.

“Sure. Just call me and I will be at your service” I replied, confidently smiling back at him.

Devarshi turned to Maa and said,” Mahadevi, now give me permission for my departure. Mata will arrive shortly to welcome you two.”

As soon Maa nodded her head, Devarshi vanished like a gust of wind.

I turned to  Maa and asked,” Maa, why did Devarshi leave?”

“Because his time was up. Son, devarshi doesn’t stay at one place longer than a muhurta.”

” Because he was cursed by Prajapati Daksha, his elder brother.”

” That will be answered by me,” said a sweet voice. I turned towards it and was mesmerized.

Divinity in her graceful youth with white skin. Adorning a white sari with a blue border and instead of any ornament, beads of white rudraksha added to her serene beauty. A crescent on her forehead and a sphatik mala on her right hand, she looked like Maa but was different somehow.

She came towards me and said,” But at a later stage. For now, come with me.”

She said and I obliged as if I was enchanted by her speech.

Maa said,” Son, this is your Guru Maa and the presiding divine energy of  Brahamaloka, Devi Shatarupa.  Seek her blessings as she will be teaching you everything that is required to be known in this creation.”

I bent and touched her feet

” May Knowledge be your weapon and the means to your salvation, May you awaken your inert divinity,” she said placing her hand in the form of benediction.

Maa said to Gurumaa,” Devi, now it is time for my departure. I hope he won’t trouble you much.”

” It is my pleasure to train him and I hope he will find it equally amusing, Won’t you?” said Gurumaa, indicating me.

I obliged and bid farewell to Maa. Then we entered her premises. Wherever we went, I could hear only chants of Aum along with different shlokas that I couldn’t figure out. I asked,” Gurumaa, what is it that is resonating everywhere here?”

She said,” Son,  these are none other than Ved Stuti. These power everything that you see here.”

“Ved!” She smiled and said,” The knowledge that eliminates Vedana/ pain from one’s life is termed as Ved. And you know son, from whom did the Ved manifest from?’

“Yes, son. With his single breath, he manifested the whole Ved and Brahmadev segregated it in his manas. Without the pious Veda, nothing in creation is possible. Even Lord Brahma can’t create anything if the knowledge of Veda is absent.”

” I have always seen him meditating but he never gave me a single teaching. He always kept his silence and played with me and my toys whenever I demanded.”

I was just awestruck that the one who used to play hide and seek, sang me lullabies, and fed me while I ran never made me realize that I was troubling the Lord himself with my insignificant actions. Gurumaa Shatarupa understood my bhava and said,” That is the character of divinity, son. The one who is divine never tries to prove his/her divinity to anyone. The fragrance of divinity will itself ooze out and make everyone realize in whose presence they are in contact with.”

I had nothing else to ask. I was feeling overwhelmed after the revelation of who Ashutosh actually was. It was if my whole world had turned upside down. All those demands and he readily obliged, never said anything. He did everything joyfully as I asked like a child. I was feeling puny and guilty as I troubled the creator himself so many innumerable times that even I can’t remember. I felt insignificant compared to who he was and how little did I actually know him.

Gurumaa said, smiling” Shall we move ahead with your second lesson then?”

“Second lesson Gurumaa!” I said, confused. “But when did I have my first one?”

With her serene smile, she replied,” The first lesson before gaining knowledge is that the seeker should realize that he/she doesn’t know anything actually. It invokes humility and reverence for the knowledge that he/she wants to imbibe. Without it, the aspirant cannot progress. When I met you, I realized that you had a pinch of ego that could be detrimental to the path of your gyan prapti. And hence it became my duty to demolish it as your Guru. Since you realized the puniness of your existence and the breadth of your ignorance, you have become eligible for what I am going to provide you from now on.”

I fell to her feet. The tears from my cheeks started washing her feet. Overwhelmed, I said, ” Maa can I ask for a single blessing from you?”

“May I never forget the puniness of my existence and the breadth of my ignorance no matter how much I progress.”

She took me up, wiped my tears, and consoling me with her lotus hands, she said with a grin,” You are truly their son. You have asked the elixir of gaining infinite knowledge at the very first day of your schooling. Many pray to me only to acquire knowledge so that they could exhibit their proficiency in front of others but you have asked for the thing that no one has ever asked me before. I am overwhelmed by your request and hence, I provide you with this blessing. No matter how much you acquire, the weight of the knowledge will never tarnish the experience of your childhood. You will remain childlike even when you realize your true potency.. Ignorance and ego will never touch you and I will be situated in your consciousness from this day onwards. May you awaken your inner divinity. Kalyan Ho.”

I touched her feet again and with a contentious smile, I said,”I think that now I am eligible for my next lesson, Maa”

She placed her hand on my head and replied smiling,” Then shall we!”

“Oh Divine Mother Sharda, who is always seen with books and a veena on her hand, we are starting with our schooling. We offer our obeisciences to you. May you always be pleased with us.”