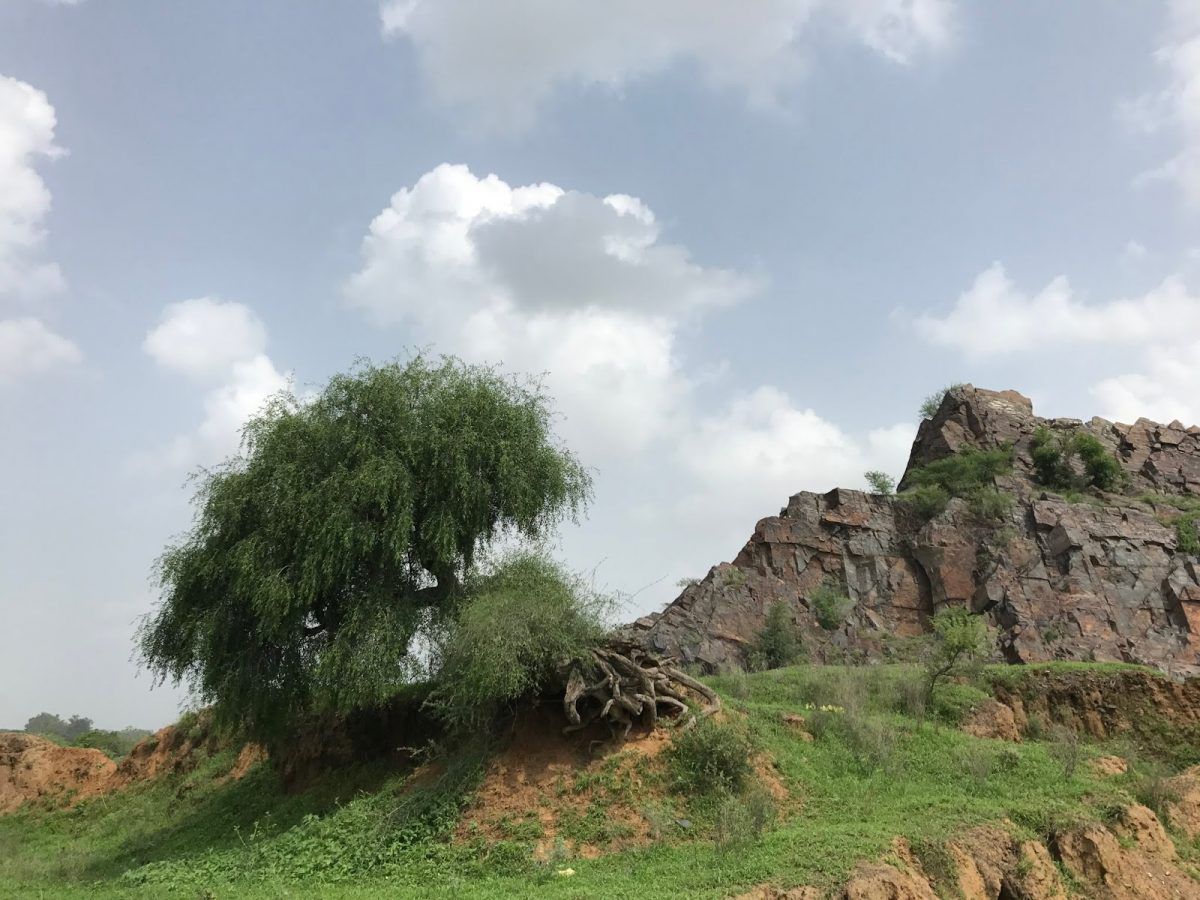 My little effort to save a native tree

Meswak, a medicinal tree is disappearing fast from Haryana because of industrialisation and its medicinal value. Earlier its roots are used as local toothbrush and now are used for making toothpastes in industries. Its twisted stem and barks are the homes of many poisonous animals like gauhwera (poisonous lizard), snakes and goha, a huge lizard. Even biju (honey bedger) loves to live in them. Therefore, people in greed as well as in fear chopped this tree mercilessly. I want to plant this tree in my farm as it can be home for many species and most of the small birds love to eat its berries which are of different colours like pink, white, red and purple.

I searched various nurseries for this tree. And Alas! Most of them had never heard of such a tree though it is native tree of this region. Surprisingly I tried near about 100 nurseries both private as well as officially hold by government. I hunt for it not only in Haryana but also across the length and breadth of the country. I explored Google for it but all in vain. As this tree grows well by its seed dispersed by birds or by humans. There is no tree near my farm therefore, this method was not feasible.

When I told my mother about my problem that I was not able to find baby plant of Meswak tree. She asked about its local name. I told her it is also known as Peel, Pelu or Jaal and its botanical name is Salvadora persica. She recalled that when we used to travel by rail about 30 years back from Hisar to Rewari then on Jatusana Railway Station that fruits used to be sold by local vendors in leaf donas. She suggested that there must be a forest of this tree near that railway station and you might find some trees there but preferably go there in monsoon season, as baby plants will be easily available.

Following her guidance, I went to Aravalli hills situated close to Jatusana Railway Station. Gigantic rocks of all sizes and shapes were standing in pride ready to bathe in the sunshine peeping occasionally from the clouds. It was mesmerising to watch nature’s creation. I searched underneath Meswak trees that were growing here and there. Grass and weeds of same size and colour made it a tough job. Gladly I found two baby trees. Delicately I uprooted them to transplant them to a new safe and secure place.

If you got a boon, where would you go and why?

It is fun question time again:

Let's say you get a boon to travel anywhere you wish! Where would you go and why?

I would go to Italy. The history and sights there are something that I’d love to see! Plus, there are several beautiful looking historic hikes!

I would not like to waste a boon on places that I could go with money and modern day travel.

Can anyone let me know details on travelling to badrika ashram?

nandita b asked in Travel 8mo ago

Anyone  solo women travelers who have personel experience of traveling to Badrika ashram? If you could share your experience that could help me plan a trip in the future. Thanks a ton.

I went to the Ashram for the first time this year in March. I took a train to Delhi and another one from Delhi to Kalka, which is the nearest railway station to Shalamun, where the Ashram is located. Alternatively you can also arrive in Chandigarh, which would be the nearest airport. Cabs are available from both the Chandigarh airport/railway station and Kalka railway station. The phone numbers for the cab drivers are given in the ashram website. I will put it here.

There are other numbers as well, which you can find at the end of this link here: https://omswami.org/directions/

But before all this, am sure as might be aware that you have to enquire and book your stay in advance and inform the Ashram about the duration, whether you'll be accompanied by someone etc.

Since I contacted Sanju Ji hence I shared his number only. In my experience the travel in taxi is safe even if you are by yourself. You can also contact other co-devotees to share the taxi with you if some of them are travelling at the same time.

Stay in the ashram is a comfortable affair. Soon upon your arrival you'll be required to check-in at the front office. A timetable of ashram activities will be provided and you can always get your queries resolved by visiting the front office during your stay. Accommodation is dependent on the timing of your visit ie whether it is during an event, or whether it is a short term stay for sadhna. You might end up getting a room on shared basis or a dormitory accordingly.

Hope this helped! May you get to visit the Ashram soon! Let us know about your experience afterwards!

Is anyone going to take Initiation from Pune ?

. asked in Travel 3mo ago

Is anyone going to take Initiation from Pune ? I am alone and I want to join with female companion .

I am from Pune, and I will take the initiation provided I get that magical email.

Did you receive any email for initiation? Just curious.

Harika... asked in Travel 2mo ago

A replied 2mo ago