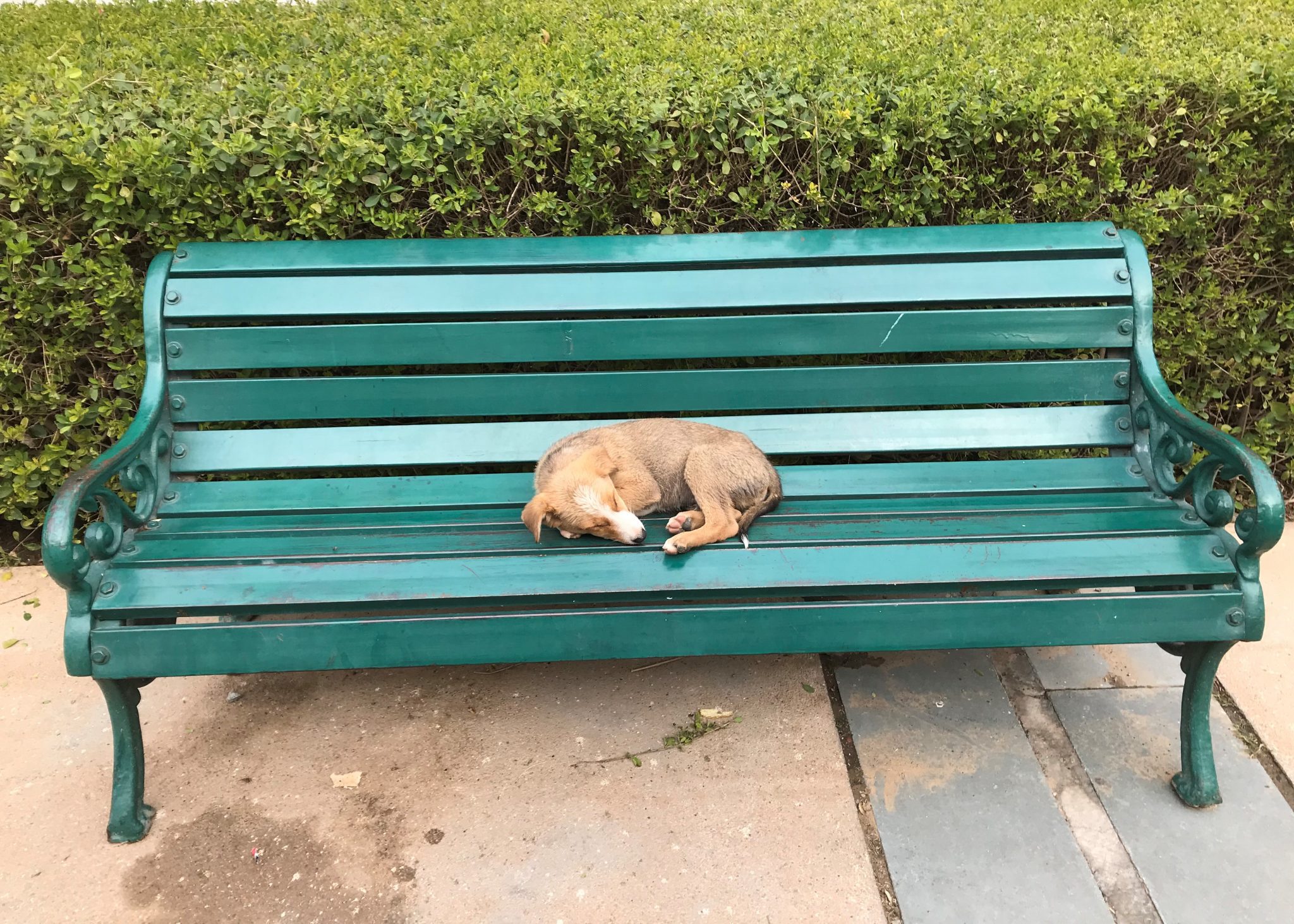 Tommy was busy exploring the world, did not give an ear to his command.

“Say in Haryanavi (a dialect of Hindi), it will obey you. It didn’t understand English, after all it is a stray pup,” I said amusingly. How do I know it was a stray pup?

In the morning, while returning from the vegetable market, I noticed that a pup of the same colour and size was trying to enter the society gate. The security man just touched a latha to it to shoo away. It screamed loudly and ran away. It hid himself in the nearby bushy hedges and the security guard could not find it again. But how did he enter the gate amidst so much security?

“Where did you find it?” A little girl of the same age asked that boy. He replied, “I can share it with you if you promise me not to tell anybody else, not even to your best friend.” “God promise!” “In the morning, I went out to buy a packet of pencils and I saw it shivering near the bushes. I gently lifted it and hid it in my bag.” He smiled.

“Tommy, eat. Look, she has bought churama dipped in milk for you.” The kid took the polythene from the hesitant girl and opened it nicely so that Tommy could put its mouth inside and gulp. The food was sufficient for its three meals. It started eating slowly, after eating a portion, left it and started roaming here and there. The kids were not satisfied. “Tommy, have some more. Come, Tommy. Be a good boy.” He lovingly said. Tommy took a few more morsels to please them.

After a while, I noticed that the boy was holding Tommy’s neck so that he could not turn his head and said to the girl who still had a fear for Tommy, “Come near and pat it gently! It will not say anything.” Tommy did not move. It was now an obedient boy!

“Tommy, you can play with my balloon.” The girl gave her balloon. Tommy sniffed, touched and kicked it.

“Shhh! Do not make any noise. Tommy is tired. It is sleeping.” The boy instructed the other kids who joined their group. They were all standing close to the bench in the society garden on which it was sleeping. The girl gently moved her arm over Tommy. The boy inquired, “Why are you disturbing it?” The girl softly said, “I was just flying away a housefly who sat on its left eye.”

“Whose dog is this?” A grumpy fat aunty asked almost each and everyone in the garden and then reported the matter to the security guard.

The security guard chased it but Tommy was an Olympic athlete. Somehow, he caught him to throw it on the other side of the boundary wall of the society. “Oops! He bit me!” He shouted, lost his grip and it was out of his hands.

“Do not hurt this poor creature. I will take him out of the main gate.” The boy pleaded. He started playing with it and took him in the direction of the main gate of the society.

At night, I heard a sharp piercing cry of a pup; it was so harsh and loud that I woke up. Thereafter continuously, it screamed. I was disturbed. It would stop as soon as chaos was over. But it didn’t stop. What should I do in this chilling winter? Should I search it out on a cold dark night? What if I am not able to find it?

Might be the shrieks are coming from the other side of the boundary wall as at night far off noise seemed to be close. Moreover, I recalled that I was having a maun vrat (Silence until I finish my particular prayers and charity). What should I do now? My mind would not be silent if a poor creature is in pain. So keeping the mouth closed will be of no use. I called the security guard and inquired, “A pup has been screaming for quite some time. What’s the matter?”

“From which side sound is coming?” He asked.

After 15 minutes, I could only hear the rhythmic horns of the trucks moving fast on the Highway.


Login with Email
No Account? Create One
Sunday Musings With Dad
The Shikanji Stand