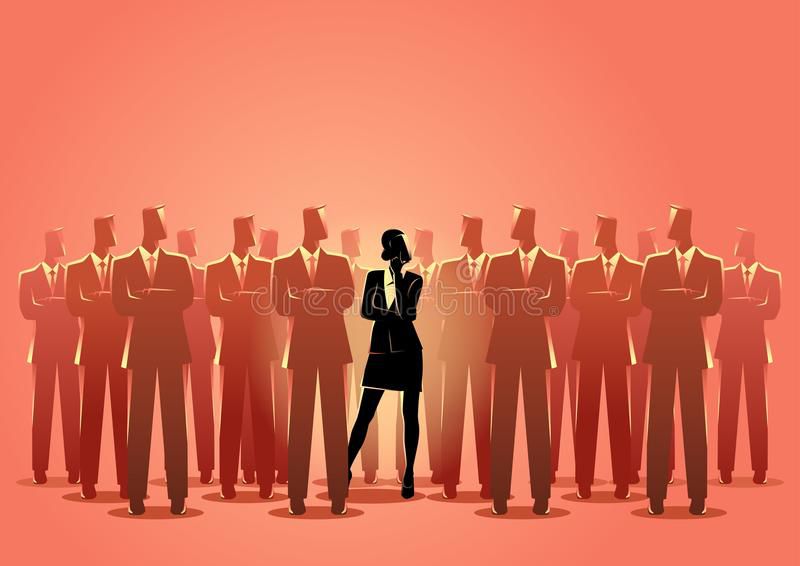 A Woman in a Man’s World

my random reflections as a woman professional

As the messages flooded  in on International Women’s Day, today  ,I wondered what the fanfare was all about . Today, women have broken all glass ceilings have climbed all possible summits (literally and metaphorically) . We celebrate today when a woman President/ Prime Minister is elected , a woman leader climbs the corporate ladder and a woman academician succeeds for example . But at home , I still see the older generation frowning if the son has to fetch a glass of water compared to a daughter.

However , the progress that we see today wasn’t made in a day, but has been made through the untiring efforts of women over the last 100 years who refused to back down  to male supremacy and who strived tirelessly for their place in sun . Be it in the field of science or music ,politics or business – success hasn’t come easy for women . The biological constraints coupled with the nurturing responsibilities of a wife , daughter , sister and mother -only make the task more difficult .

I wanted to share some of my experiences as a professional in sales and then supply chain – domains which are still largely dominated by men and considered patently unsuitable for women .

I was a  studious nerd most of my life – when out of the blue, as a consequence of a random  psychometric test and interview I gave just for fun – I was picked for a summer internship in P&G (Procter &Gamble) the largest FMCG major in the world. As a part my project of building a world class merchandising organization for P&G , I had to visit several far-flung and godforsaken markets. One such trip was to Khurja or Bulandshehar . Known as the crime capital of India ,its famous for its lawlessness and crimes against women.  My heart was in my mouth when I was travelling . What was an academic nerd supposed to do ? How do I talk to shopkeepers and wholesalers ?  While I had done enough public speaking in life , speaking in public to retailers appeared like a really terrifying prospect .

When I stepped out of the cab , the sales team leader gawked at me ,like I was an alien stepping out from a space ship . When he gathered his wits about him , I went with him on a sweltering hot afternoon for a market visit . The retailer reactions were no different . They were perhaps used to seeing the women draped in “ghungat ” serving them tea and here was one alien, to whom they were now serving tea !  Surprisingly , I got utmost respect  from them and double , triple the orders as they were just staring at me wide eyed when I was jotting down and confirming their orders ! 🙂 🙂

This experience continued . While I wanted a position in analytics and data science given my background in economics and statistics , P&G insisted that I do sales. I was painfully shy and very introverted . It forced me to step out of  my shell and my peaceful world of books and face the real life in its full  10K color ! I was posted in Vidarbha , Maharashtra and visiting the small town of Gondia , which is on the border of Maharashtra and Chattisgarh, when some Naxalites attacked the distribution godown and a shoot out ensued . I wondered if it was the last day of my life when they stormed in , but then the leader draped in black , asked me what I do . I answered – “I run the sales business for the Maharashtra territory and am here to sell  Pampers diapers for kids and Whisper sanitary pads for women .” He really thought , they had attacked the wrong godown , muttered – “Arrey yeh to koi nari mukti morcha waali lagti hain , chalo chalo and stormed off  (this looks like someone from the women liberation front , lets go ). The distributor thanked me profusely for my presence .

When I toured Khamgaon and Akola , dusty and dreary towns , the distributors welcomed me with garlands and tried to set me up with their sons  ( because I was a high company official and could secure a permanent position for them , they hoped) which was hilarious ofcourse . (My husband still teases me about it)

“Tum kaun jaat ho ji  ?” (which caste are you from ) they would ask out of curiosity and often follow it up by cursing my family “tumhare ghar wale ekdum nikamme honge jo tumko aise bahar bhejte hain ( your family must be pretty useless if you have to go out to earn like this ) .

Over a period of time I befriended the wholesalers and the distributors . They offered me tea and cold drinks , kaju and snacks whenever I went .  My weight spiralled up with sweetened tea  cold drinks and snacks as did my goodwill  and connections. When I got engaged they were genuinely happy for me and celebrated with mithai , congratulating me that finally good sense had prevailed !

Working was not always easy .Doing rounds of the market when you when menstural cramps were killing you ,wasn’t easy . There were no toilets or restaurants to go to and change. Even in the glittering metro of Mumbai – the office of our 1200 crore turn-over distributor didn’t have a ladies toilet . Respect of the salesforce and the retailers had to be earned – and being a woman I had to work doubly hard at it since I couldn’t go out for “sutta breaks” ( cigarette breaks) with them or take them out for the maddening and noisy “daaru “ (alcohol )parties . I must say, I admired the guts of my women friends who did that too.

I had to take a career break after working for just 5 years because I had a son who had serious health difficulties . Although, I was doing well in my career , it was  unthinkable then  that a mother goes to office and the father takes care of the baby . My husband was strongly driven and career oriented too and so I decided to stay home and nurture my family. While I studied astrology , did a few consulting assignments and most importantly looked after my family I was restless to return .

While there are several ‘return to career’ programs now , back in 2012-13, I was turned down by most corporates , wondering how a woman who chose to prioritize her family earlier,would sustain in a job. The experience and the skill didn’t count . What counted was the break . And it wasn’t that I was insistent that I be given parity with my batchmates . I knew well that I had fallen behind in that rat race . And yet a woman with a career break seemed like the worst option for hiring . This was a phase that really broke my spirit and self confidence .

With God’s grace , I got an amazing opportunity with India’s largest consumer goods major – Hindustan Unilever  . They first hired me as a consultant and soon thereafter as a permanent employee but in supply chain since my last relevant experience was in replenishment . Learning supply chain was a challenge, but it wasn’t really rocket science . Here too women were as rare as white elephants .As I handled replenishment and logistics , I was interacting with transporters and drivers and warehouse owners .  Drivers would call very late  at ungodly hours of 2 am and 3 am when their shipments were not being accepted by the Customers . I used to grab my phone and slip out to sort the matter making my family suspect that I had a secret paramour 🙂 During the GST transition there were a few days when I was stuck in the warehouse  in remote and away from civilization  towns like kharkhouda in Haryana at night, because as per company safety norms we couldn’t go on the highway post 7 pm . Even 2 decades after I started working , there were no toilets for women.  And no food either .But the warehouse staff and my colleagues weren’t just respectful , they cared for me like a family member and quickly arranged from their own homes – whatever they could manage. There were a few negotiations that I attended with transporters where the transporter before sitting down and greeting me kept a revolver on the table  as an open threat . My career history is peppered with  such very interesting and memorable  anecdotes .

Very recently, I was headhunted for a senior role in one of India’s largest ecommerce companies . It was a significant promotion and an industry defining role . I wanted to do it – and destiny seemed to be pushing me toward that . But the role required relocation and my family resisted that fiercely . As a woman ,one is often required to choose between personal ambition and the happiness of the family , a choice I am sure men make as well too but probably not as often . Swami ji mentions in his last blog on attachments that one’s actions should align with one’s priorities and  family was clearly a priority for me .I declined the offer albeit with a heavy heart.

Being a woman in a man’s world isn’t easy .The challenges are unique . The environment at times hostile and alien. The emotional challenge of looking after children versus looking at work often tear a mother apart . The disruption caused by pursuing a personal ambition can wreck the family at times .The thrill of accomplishment and success is like no other . And doing something that’s pathbreaking and personally challenging is that much more exciting and fulfilling .  Success in any venture is determined by competence , intent and content – not by being a man or a woman . So, there is no room for self pity at all. Women are fundamentally Nature’s nurturers . They enrich and enliven  any environment they enter and bring it alive with love , vibrancy and creativity . They look after their teams , excel at their objectives and multi task with perfection . And ofcourse they haven’t made this progress without the support very caring men in the family and outside .

A salute to all women who dared , at home and at the workplace to succeed in the face of enormous challenges .International Women’s day reminds us how far we have come but there is still a long journey to make and I believe all of us can be a part of creating history of women empowerment instead of just watching it getting created .  Would love to hear your thoughts , my dear parivaar .Jai Sri Hari!

How I Met Swamiji
A Note of Gratitude