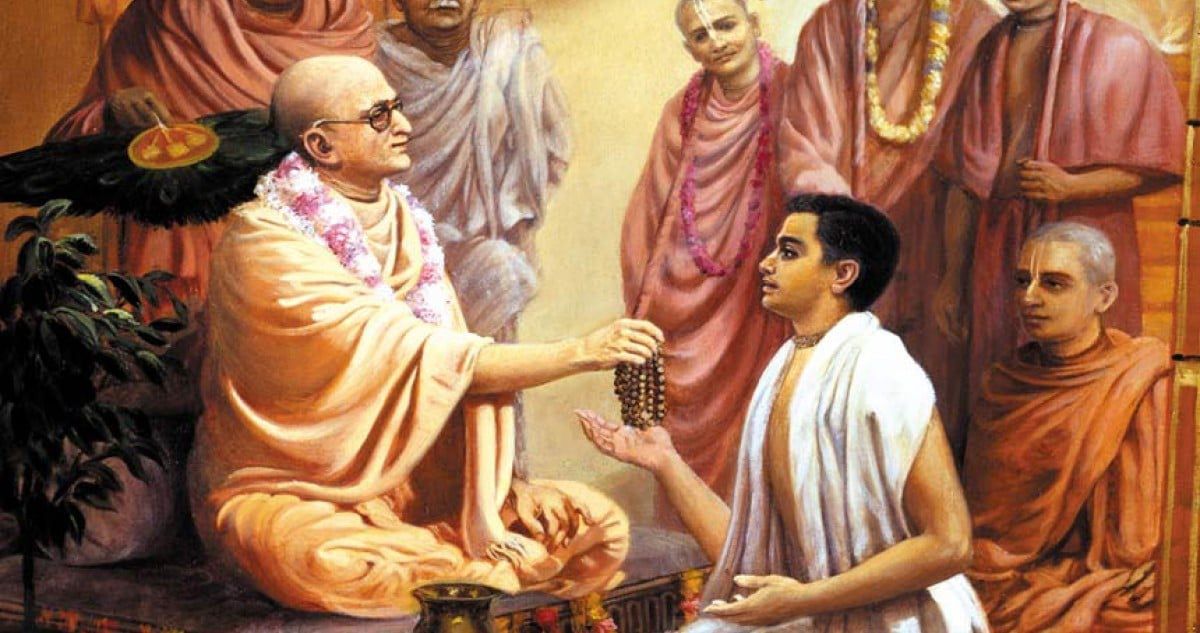 A Write-up About an Unlikely Desire

Its possessiveness my friend

Swamiji has done so much for us all in various ways. He has healed so many of us including me myself. For our understanding, he gives discourses which are uploaded on a weekly basis on Youtube. Sometimes, he gives us His live darshan and answers questions via zoom call in these pandemic times.

During non-pandemic times, he used to meet people and will again meet people after the pandemic is over. He does so because he wants to help and heal people in whatever way He can. He has written many books which are replete with wisdom on various aspects of life. Through his books, esp. his memoir I have gotten inspired to do better.

He has created a meditation app for our well-being called Black Lotus which is topping the charts of being the best among all the meditation apps of the world. Using Black Lotus has helped me and thousands of others in better management of our mental and emotional health.

He has given us knowledge about various sadhnas, which He himself has done and learned. Doing these sadhnas leads to innumerable benefits such as-self-purification, making one feel spiritually closer to Bhagwaan, reaping good results and self-realization.  And, according to my understanding of astrology and such matters, these sadhnas and meditation also helps to undo any ill-effects of planets present in an individual’s chart.

He has given us knowledge of astrology, meditation, life and everything else that can help one lead a better life or help a wounded soul find the courage to start anew. He started os.me where he writes blogs and imparts knowledge and he made this digital space open to all as an opportunity, to express, interact, heal and also earn. I healed a lot due to os.me.

So, basically he has already done a lot for us to help us find inner peace and happiness. And who knows he may came up with even more things. I’m saying this because I read somewhere that he is up to something which no one has ever seen in Sanatan Dharma up until now. He has given thousands of hours to this project and so, I’m excited about it.

So, if we as individuals and as a cumulative whole, can go by his guidance and teachings, and help ourselves and others along the way we are bound to find contentment. So many are getting healed through this platform alone. Many lost voices finally found a medium to express and sing their heart out. Thank you to Swamiji and all the others from His team of devotees who are involved in these endeavors .

But I want to share something which may feel somewhat narrow-minded. I have not been that kind of person who openly shared about Swamiji in Whatsapp and Instagram stories. I have kept my faith in Him very personal, and told about Him to only a select few people, with whom I feel a certain closeness.

There are two reasons for that. One, I did not want Swamiji’s popularity to increase so much that he stops having time for any of us. I wanted Him for me myself and other devotees who already knew him. This is a crooked way of thinking I know. I have been possessive about Him which is seen as an obstacle in spirituality but I have felt safe in the idea of that possessiveness. Second, I thought that even if I share about Him with others, they may not necessarily feel the same faith as I feel for Him. They may comment something which I won’t like or I may start feeling doubts in my own faith. So, I have refrained from talking much about Him even although there is another side of me which wants to.

Swamiji sometimes says he does not like meeting people but has also said that he will keep meeting people in groups and in person until it is feasible. I have wanted Him to be reachable to us devotees.

But as I said this is a narrow way of thinking and I know that. In fact, I want to become so secure about my relationship with Him that I never feel  such kind of emotions. I feel bad sometimes that he does not know us personally, but deep in my heart I know it does not matter.

Also, now I want to accept that the kind of charisma our beloved Swamiji has, he is bound to gain name, fame and more and more popularity among the masses. I cannot be possessive about Him. And this is not true, that I always keep thinking like that. It happens sometimes but I thought of sharing here because while I was reading Srila Prabhupada’s Gita, I came across a para which says:

This statement made me feel-‘Though he has provided everything for our well-being, he does not know me or my nature. I want Him to know me, I  want that intimacy with him that happens between a Guru and a disciple.” But Swamiji has said that he cannot necessarily give hours or even minutes to anyone.

I wonder about the people who wrote about Swamiji’s miracles in “Om Swami: As we know him” and ‘The book of Faith”. Why don’t these people who have written their experiences in these books write there stories in here at os.me too? Were those experiences really true(I don’t doubt that but still curious).

Having said all this, I want to say that I love Swamiji and I am grateful to Him for Everything. I just felt like sharing somethings that come up in my head. These things don’t even bother me that much but I just shared. To keep the records straight, I have decided that I will sing glories of our Master-Om Swami whenever and wherever I could and help in spreading his word and teachings to whomsoever is interested.. There are so many spiritual Masters but my heart yearns for someone like Him. He means so much to me.

I have felt that my relation with Swamiji has been impersonal but it doesn’t matter. He does not need to know me. My devotion to Him is not bound by conditions. I want to be like Mirabai who had made her feelings for Krishna very personal, even though their relationship had been impersonal and one-sided until she finally felt Krishna’s presence and then she merged into Him.

I am sorry, just in case I hurt any sentiments …