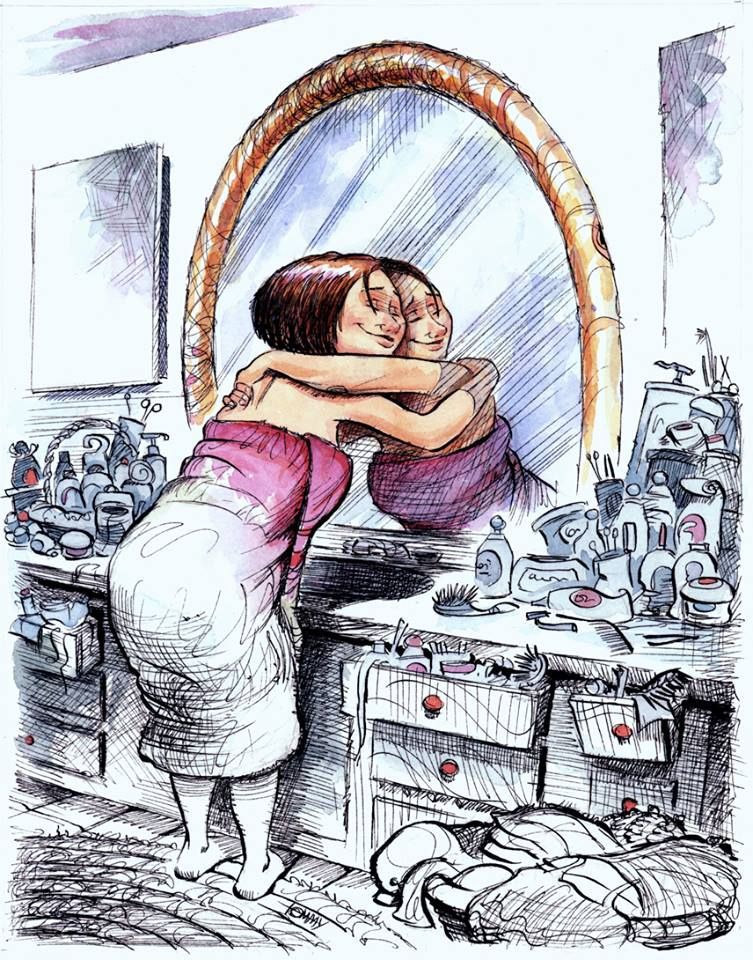 Acceptance: The Only Way to Be Comfortable in Your Own Skin

My self-esteem had taken a very good beating in the last 3 years due to various reasons. The after effect of it was, that I couldn’t accept criticism. A few words of criticism, no matter how constructive felt like a stab in my chest and in no time I would feel the hot tears pricking my eyes. The next thing I know, I would be running around looking for a place to hide and cry. Actually, I didn’t even need criticism, any harsh or loud words of anger would set me off.

I wasn’t always like this. I had been a fairly good student all my life (albeit a horrible person, but I didn’t realise it at the time) and my self-esteem was built on the words of praise that people showered on me. Even my parents would praise me for being a more obedient and studious kid than my sibling. Everything was mostly hunky dory until I failed a competitive exam not once but twice only because I lacked self-confidence.

Everyone around me expected me to pass the exam with flying colours but the fear of failure even after working hard paralysed me. I stopped studying about 4-5 months before my competitive exams because the prospect of failing an exam due to lack of studying seemed better than failing it even after working hard with all my might. I know it sounds silly but 3 years ago this was my coping mechanism against being a failure in my own eyes. But I didn’t realize being a failure in the eyes of people felt just as bad.

If you fail an entrance exam in India, it’s not just failing an exam but going around the neighbourhood with a failure stamp on your forehead. Everyone you meet will ask you about your exams and make you feel bad for failing even if you didn’t feel bad about it initially. They will make a wound on you and keep picking at it until you’re miserable.

Since I thrived on my people-pleasing behaviour, the sudden withdrawal of all the praises and getting disdainful looks instead made me feel worthless. My parents tried to make things better for me and motivate me but it didn’t work. I felt like I was drowning in the muck with no hope of getting out until recently.

This month I gave my first offline university exam (I still have one more left to go followed by my practicals). And while studying for my semester exams I realized something. All this while I felt worthless because I hadn’t been productive. I had to complete the syllabus of a 6-month course in 1 month so I was in uber-productive mode and after giving the first two exams I felt a sense of accomplishment.

I realised we are only as good as we make ourselves. None of us are born good or bad. We make ourselves, but even that is subjective. The only thing that is absolute is that all of us are worthwhile. The beggar sitting in front of the temple is as worthwhile as the president of a country because denying ourselves of this worth is like telling the piece of life present inside of us that it is a failure.

The day I accepted that this little piece of life throbbing inside all of us is worthwhile no matter what, it was like giving a warm hug to myself and my self-esteem came rushing back. Now, I know that this self-esteem is stemming from something which is much bigger than all of us, from life itself and it cannot be hurt or broken as easily as the fragile one I had before. True self-esteem is always distinguishable from a bloated ego. The former keeps you firm and grounded while the latter gets very hurt or very happy in a matter of a few minutes.

Life has its own ways of teaching things and sometimes it can be painful. But it’s okay. We all go through it. On a lighter note, thank you for reading my sob story. I hope you had a good time reading this. Until next time.

Sri H asked in Self Discovery 2w ago

Ujjwal s asked in Self Discovery 1w ago