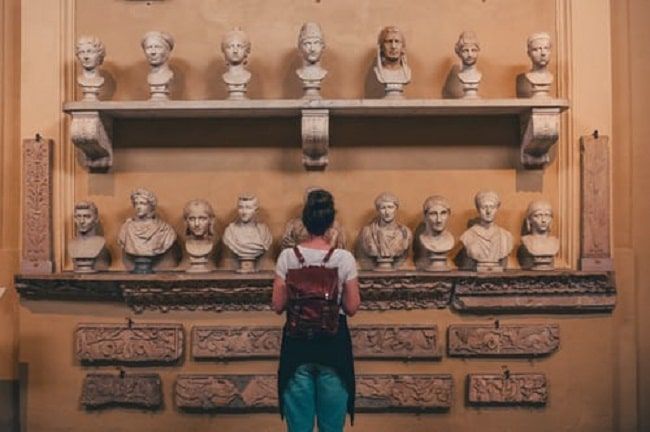 Adventure at a Museum

Sharing an interesting happening that took place while I was visiting a Museum...

I grew up on a staple diet of the imaginations of Enid Blyton and reading the adventure stories of Nancy Drew and Hardy Boys. The murder mysteries of Sherlock Holmes and Agatha Christie used to fill me with thrill and intrigue.

So, as a teenager I used to be on the look-out for adventures but the opportunities were few and far in between. Yet, I enjoyed the things that came my way.

The adventure that I am narrating right now came a bit late, but it was exhilarating and frightening none the less.

My husband was working in Kuala Lumpur (KL), Malaysia. It turned out to be a long-term project so I finally decided to join him there. It was my first visit abroad and I was filled with excitement.

We were put up in Hotel Le Meridian bang opposite the KL station. Staying in a luxury hotel was a first for me and I was in awe of all the lavish surroundings, furnishings and fittings. But how long can anything last? When you look at a pretty face every day the initial attraction wears off… you now want to know the person behind the face.

My initial frenzy too had worn off and now I was stuck in the hotel. My husband used to leave for work early in the mornings and come back late in the evening. So, I had the whole day at my disposal. How long can I watch TV(except for NG, Discovery and Animal planet…most of the channels were in Malaya) laze, read, swim or do Gyming? I was still left with a lot of time on my hands.

Killing time without work is difficult. I realized the importance of work and it was a good learning but that still didn’t help the situation. I had to counter 3 more days, coz post that we were going to get our leased apartment.

I was on the 19th floor of the hotel and it had a panoramic view of the city through the glass wall on one side of my room. There was this white huge building that had caught my attention. It appeared like a church. From the hotel it seemed like a 10-minute walk but that’s because  from a height things look closer which they may not really be I realized later.

It was late in the afternoon and I was really bored out of my skull so I ventured down to the reception and asked them about the building. The guy at the reception told me ‘Madam it is the National Museum!’

My eyes sparkled with interest. I love museums ’Great! I am planning to visit there.’

‘Please take a cab.’ He suggested.

What nonsense! It is so near…why do I need a cab? I exited the hotel and walked confidently in the museum’s direction. Well, it was not all that near and a good 45 minutes’ walk, but was manageable.

I entered the museum, got the ticket at the counter and entered the various halls, that had themed exhibits. Malayan history, human history…etc., they had life size mannequins, statues, scenes showing human progress etc. I lost track of time.

After a while, I came out to the main hall to enter the exhibits on the other side. I looked at the sales counter…there was no one. I was surprised. I looked at the main entrance. The guard at the entrance was gone and the shutter was down.

I looked at my watch. It was 5.30 in the evening. The museum had closed and I was stranded inside. Suddenly there was a tsunami of thoughts in my head – OMG!… I could imagine my husband’s worried face when he returned and there was no trace of me.

He had warned me not to leave the hotel. Uggh… Why did I have to go gallivanting on my own? This is a new place. I didn’t even have a phone (back then the sim card took a long time to process). How could I be so careless?

Adventure my foot! Suits me right…!

I banged on the main entrance shutters not knowing what else to do. The museum was huge. The main hall also had some exhibits, there was a village scene, a farming scene and many more. They had life-size mannequins of people working in the farm, pulling ploughs, planting, weeding etc. The mannequins almost looked real.

There was an eerie silence in the museum. My active imagination went into overdrive…suddenly I felt as if all the mannequins were looking at me. Thanks to all the horror shows and movies I had binged on…

I banged on the entrance door more furiously with all my might I stopped when my hand was red and aching. I looked behind at the scene again. I still felt the stare of all the mannequins as if they were unhappy with me disturbing their peace and quiet. I now used my purse to bang on the shutter.

After a few more attempts I heard some footsteps running. I sagged in relief. I heard the locks and the door opened up. It was the guard who was on night duty.

‘Madam what are you doing inside? The museum shuts at 5 pm.’

‘Well, I bought the ticket at 4 and the person at the counter did not inform me about the closing timings.’ I stepped outside. So relieved to be outside breathing in the fresh air and glad to say goodbye to the mannequins.

I was saved from my husband’s justified wrath. Thank God! But that was not the end of my peril yet. Where was my hotel? I couldn’t see it. The hotel was high-rise and not to be missed. I asked the guard.

‘This is the back-entrance Madam. Go around the building it is on the other side.

As I went around the building, I was happy to spot the hotel again. I started walking in its direction.

This time the walk was longer as this was a different route. I was tired and lo and holy I had to cross an express way! Vehicles were travelling at full speed but I did not know any other way than crossing the road.

Understanding dawned on me why the person at the counter had asked me to take a cab. Advice’s work yet sometimes you learn your lessons the hard way. Well, it was too late for me. With heart in my mouth, I managed to cross the highway after several attempts.

After more than an hour of walking I finally reached the hotel. And boy was I glad to see it! It was the one of the sweetest sights I had ever seen. I had reached in time; with my husband none the wiser (praise the lord).

I did narrate the adventure to him later, but he didn’t have much to say about it other than a reprimand on venturing alone in a foreign country. I stayed put in the hotel for the rest of my time there.

Years later I saw a movie by the name – A Night in the Museum where the Hero Ben Stiller is stuck in the museum for a whole night and the adventure he faces. I was glad mine was short-lived and I didn’t have to spend a whole night …

THE DEVIL WEARS PRADA
Male Heart in a Female Body