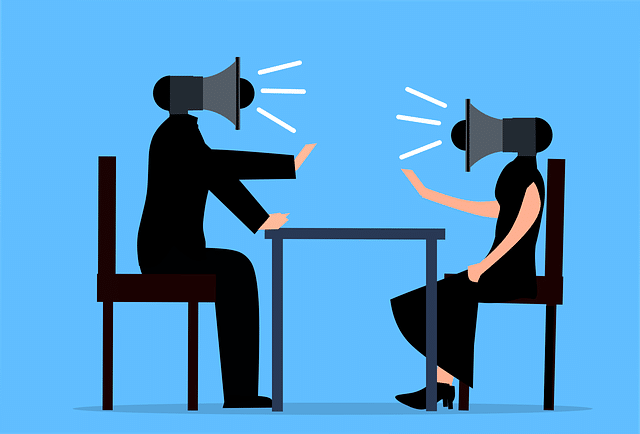 Why Disagreements and Discussions are Important

During the election times, when the common topic of discussion, who will win can be seen everywhere, a few people get annoyed immediately if one disagrees with them. They start arguing vehemently with all their so-called positive points of their favourite political party. However, the election is not the only issue,  several other similar instances can be observed in day-to-day life. More often than not, we stop the argument and agree simply to maintain a harmonious relationship with the people. We do this only to placate others and to avoid conflicts. Whether this approach is right or wrong is dependent upon how practical one is in handling such situations.

One may state one’s viewpoint without being too vocal and argumentative. After all, in most of such discussions, we are simply talking.  Neither we are part of that problem nor do our supposed solutions make any difference. Such intellectual discussions proceed well only amongst the people who have the ability to listen to others and accept valid points on the basis of facts, figures, and logic. So the audiences, friends, and opponents in such discussions matter very much. If they are rhetorical and fixated with their ideas, they can take it personally and a wedge may arise in our personal relationships.

However, when the discussions are related to some choices and crucial decisions, contrary viewpoints are very important. In most of the creative pursuits, business discussions and mission-oriented campaigns brainstorming throws open many varying choices. Each one needs consideration. Each one adds to the crucial decision-making. It enables a strength, weakness,  opportunity, and threat analysis.  It also saves the situation from falling into unseen pitfalls and excessive optimism. So critics, cynics, optimists, realists, and enthusiasts are all important in the decision-making process.

An open mind accepts other viewpoints and doesn’t attach ego to a particular person’s viewpoint. A decision should be free from personal prejudices and should incorporate other valid viewpoints too. Disagreement is not disrespect. If this is understood and made amply clear, the conflicts can be avoided and a genuine exchange of ideas and discussions will foster healthy relationships. The absence of conflict is not harmony, it is apathy. Hence constructive discussions,  disagreements, and meetings at the common grounds are sine qua non for a firm edifice of thriving relationships.