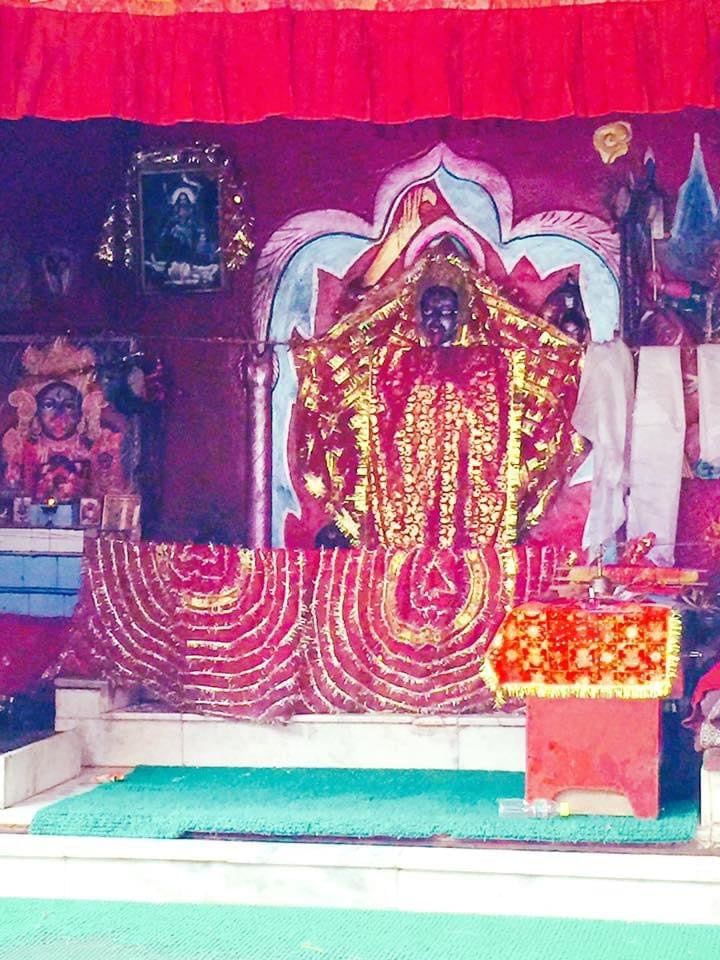 A love poem to Kali

I have been following my intuition since I can remember, like a compass.

In fact, I still base most of my decisions not from the “head” but rather from a feeling of expansion (go for it type of ) or contraction (mhhh… nope not a good idea type of ) in my chest area.

So a few years ago, when I felt an impelling desire to visit Darjeeling, in India – I was living in the USA-  I didn’t ask why. I booked the flight and made the journey.

I didn’t reserve a hotel before my arrival, as I believed the universe would guide me in the right direction. And of course it did, as it always does. As I got out of the way and I let my intuition guide me, I was guided to this quaint hotel at the footstep of an ancient Kali temple. What a wonderful surprise! And it certainly was not by chance, since for many years I have had a deep connection with the Goddess.

My cozy room was located at the footstep of the many steep steps that took you to the Devi.  From dawn to dusk devotees would come, ring the bell, and begin the 15 minute walk to receive Her blessings. I loved waking up to their sounds, as an invitation for me to join them in their devotion. I spent most of my days sitting in Her powerful presence feeling an enormous amount of peace pervading my whole body. I only left when it got dark and I knew I needed to eat something.

For those of you who don’t know much about Kali Ma here are some information I hope you will find interesting.

She is the manifestation of divine outrage, the final defender of the cosmos and the female counterpart of the Hindu god Shiva.

The world is created, destroyed, and re­created via the catharsis of Kali’s and Shiva’s wild dance, bringing about the ultimate release of spiritual liberation.

Goddess Kali represents the fast track to spiritual advancement as She seeks whatever will be one’s most beneficial outcome from a karmic standpoint forcing an examination of all preconceived notions associated  with human nature and the divine.

Ma Kali stands for the essence of all that is the dark side of human nature as hidden in one’s heart are ideas that may not be spoken, but need to be acknowledged, even silently.

When one invokes Kali Ma through Her mantra Om Kreem Maha Kalikaye Namo Namaha one says, “I want true spiritual advancement by the most powerful and direct route, no matter the consequences to my ego.”

The path will be intense, probably ( most likely) uncomfortable and disruptive to mundane life, but very effective and in a short period of time.

Goddess Kali’s form is meant to evoke fear and revulsion, forcing one to acknowledge the dark and unpleasant aspects of oneself.

Her color, black, symbolizes all embracing-comprehensive nature and the total absence of color.

Her red tongue symbolizes drinking the demon’s blood and the mocking of Her devotees as She sees through one’s social façades and knows the dark side one wants to hide.

The 51 heads around Her neck represent the 51 letters of the Sanskrit alphabet as Ma Kali is the repository of wisdom and knowledge.

The many hands around Her waist signify action, karma, as She blesses Her devotees by cutting them free from the cycle of karma.

In Her left hand She holds a bloody head, as she destroys one’s demons.

Ma Kali forms a strong bond with Her devotees like a mother with Her children, helping them to attain the truth.

She does not protect Her devotees from the way things are, rather She reveals to them their mortality thus releases them to act fully and freely and from the web of “adult” presence, practicality, rationality.

Beneath the mask, beneath the self-­denial and the self­-discipline there is a Kali in all of us.

This is a  poem I wrote during one of those days.

All is quiet by the Kali temple.
Sun still sleeping.

Dressed in orange, color of devotion.

Palms softly joined in front of the heart.

A burning white tea candle in her mind,

Warm fire for her thoughts.

Thank you for reading  ❤️

Faith
Accepting the Truth is Better!