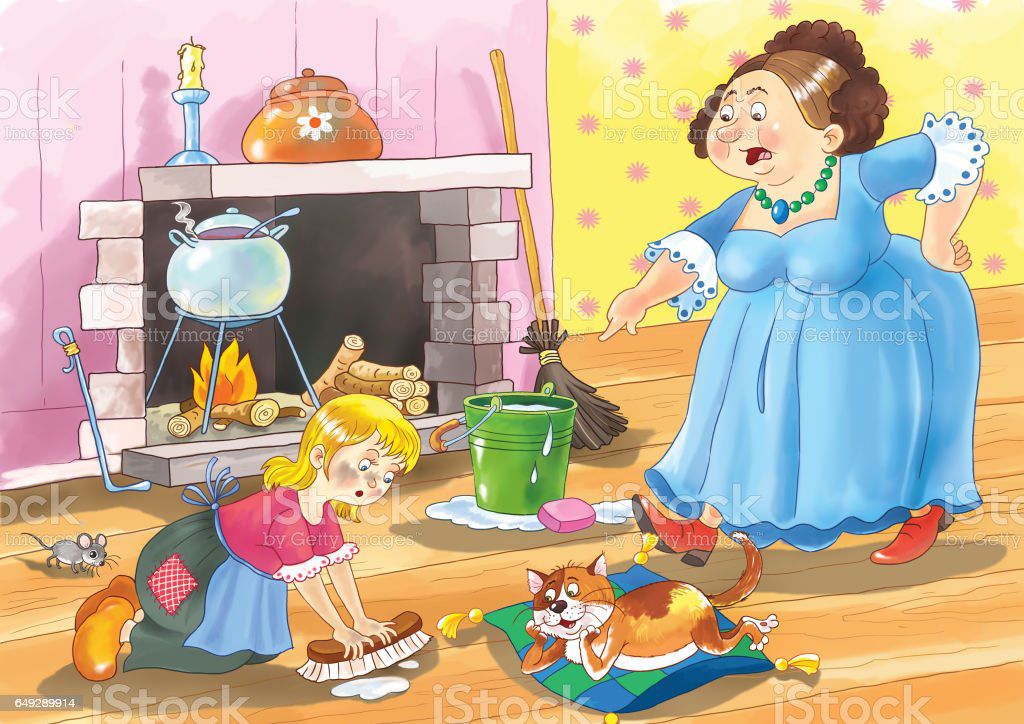 What I have been doing for the past few years is nothing but a way to pave my path to Satan’s land. I have caused immense trouble for Ella so far that even if she ever forgives me, I myself shall not be able to forgive myself. Had it been not for my indolent daughters who are an expert in getting into deep waters, I would have allowed Ella to go to the Ball but she cannot.

I am conscience-stricken on so many levels. It seems like time flew but I still am standing in my step-mother’s courtyard wiping off the mess created by her son, Adam. Three decades ago, I was in the same position as Ella, being exploited by my family members in my own house. My house-how beautiful it was when my mother was alive. How happy I was when my papa and mumma used to play with me in the front lawns. Mumma loved me so much so did papa but after my mother’s cancerous death, papa was devastated. So was I. I wanted him to be happy. My maternal aunt was quite loving and she too had gone through the same circumstances lately. My maternal grandparents were happy to bring my father and my aunt in a wedlock for my sake. I could see my mother’s reflection in my aunt. She used to pamper me a lot. But sometimes when in a bad mood, she would accuse me of my mother’s death. How could I have been the reason behind my own mother’s death was something I could not comprehend for quite a long time. And then came along my little brother, Adam.

With the onset of his birth, my life took a sharp turn towards agonizing life. I suddenly was nothing more than a maid for my aunt, my step-mom. She demanded my father to send me to the outhouse. I was thrown away. I was neglected. I was pushed off the edge. And that when I realized that my life was nothing more than a rat’s-scurrying to the nooks and corner of the house for food, running away from everyone and trying to make sense of the world. All in all I became a burden for my family. And that is when my parents threw me out of the house. I can never forget the bitterness I carried in my heart. The pain I went through. The people whom I called my family were the ones who ditched me, tattered me inside out.

I promised myself that I will spew this venom on others, anybody I can get hold of. Surprisingly, my cupid struck and I was head over heels with Hugh. We were pregnant with twins out of a wedlock and again the misfortune hit me sharp in my shins. Hugh was taken away from me. He was married off to a rich lady. And he went away happily. I gave birth to my daughters all alone in a dilapidated hut near the sewers. Life had been cruel to me but this was something that I could not tolerate. We were surviving on the leftovers of the labor, the down-trodden. Imagine what would be the leftovers of the people who themselves had nothing to eat. It is hard to imagine. My daughters were more like skeletons.

I had to take a severe step. I had to sell myself if I wanted to let my daughters live. I became a female courtier. I sold off my integrity, my respect and my body for the sake of my daughters. But when I met Donne, Ella’s father- my life took a turn for the best. I got another daughter to love. But by then my mind was conflicted. I had become possessive for my daughter’s future. I cared for Ella but she wanted someone who could love her like her mother and that was extremely hard for me. I just could not. The answer to why i could not is something i have been trying to find for years together but in vain.

I became quite wicked with her on the outside so that my own daughters will not misbehave with her, try to do things which Adam did with me when I was of their age. I made sure that whatever Ella wanted she could get without knowing that it was me. I had to be the bad person here. I did not mind my tainted character. The thing which worried me the most was Ella’s future. For how long will i be able to keep up with the charade of a blood-thirsty step-mom but inside a dying mother who was to pamper her step-daughter. Why is it so hard to shape a mirage which is devil’s work?

I am hoping for a miracle. I really want Ella to be happy. I wills sacrifice myself for the three of them. I can even trade my soul for their happiness. Only if I could.

This is an excerpt from Cinderella’s step-mom Lady Tremaine’s stream of consciousness. A writing activity suggested by @medhashri in her free workshop on writing skills.