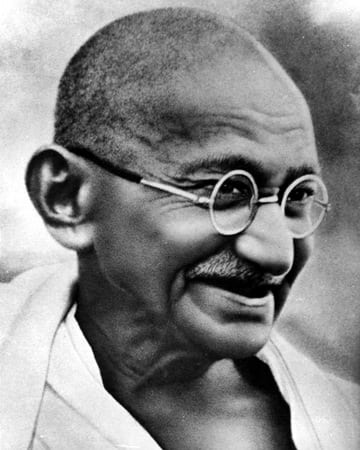 An ode to one of the greatest souls India and the world produced. Mahatma Gandhi

So many lessons to be inspired from Gandhi Ji's life. His life was his message.

Few days ago on October 2nd we had Gandhi Jayanti, celebrating the birthday of a man whose life was his message. A man who inspired the world to tread on the path to freedom and truth through non violence. Mahatma Gandhi.

For the longest time it never occurred to me that Mahatma wasn’t his first name, it’s a name he earned through his noble deeds whose literal translation means, great soul ( Maha means great, atma means soul ). I picked up a copy of his biography, My experiments with Truth a few years ago and there were many moments of tears. It’s one of the very few books I have read twice because it really moved me from inside.

I am a person who hardly watches any movies but I loved watching the 1982 movie Gandhi starring Ben Kingsley. I remember the scenes where he gets thrown out of a train because of the color of his skin and when he is physically getting beaten by the police but stays true to non violence and does not retaliate at all. Sometimes it makes me realize what price people paid to free us from foreign rule and how indebted we are to people like him who fought for our nation.

Of the many lessons I have been inspired from his life there is one that is closest to my heart, one that I aspire to follow.

Even though his life ended abruptly when he got shot, his last words were “Hey Ram”. How strong of a faith he had and the awareness that in his last moments, he was able to remember the name of God. To me it shows the kind of life he lived, that even amidst the freedom struggle with such massive responsibilities, he was anchored in his faith. Scriptures say if we remember the name of God in our last breath, we attain God. To me, Mahatma Gandhi lived his truth, he attained God.

Living in ashram and with no weapons but only his truthfulness and non violence, he defeated the british who had no lack of weapons. He had empathy and compassion to one of the most oppressed classes in India that time, the untouchables. He gave them the name “Harijan” , literally meaning people of Sri Hari.

I’m sure Gandhi Ji was not a perfect person, he was human after all. There are debates on some of his decision making and how that could have impacted how the country is today. Who really knows what was best and what wasn’t. But one thing we can be certain about is that he strived to live his truth, fought for the freedom of Bharat Mata and had unshakeable faith in the Lord. His life truly was his message.


Login with Email
No Account? Create One
An Unexpected Call
Women Are Bad Drivers