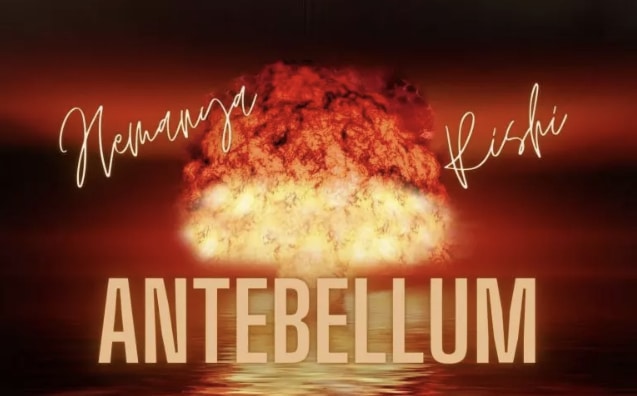 Cara was tired. She was more tired of her own life than anything. She was good at a lot of things: she had learned more mathematics than anyone in the whole city knew.

Actually, mathematics wasn’t valued much by the Visionaries. Her mastery of complex and imaginary numbers didn’t matter to the Job Assigners, who cared more about the very real task of eradicating the Warriors permanently. They had no reason to care about imaginary numbers.

Cara was also academically very strong. She wasn’t the best public speaker, and wasn’t the best at psychology either. Basically, these were all of the things that wouldn’t get her a good assignment.

She decided that she didn’t want to live anymore. Her father had once told her, “A life without honor is not a life at all,” repeating this phrase every time she complained. Of course, his idea of a perfect life was fighting in the army.

Cara had three options: to take her own life, to enlist in the army, or to beg the Committee to revise her assignment. The third one never worked, and the second one was basically a drawn-out death anyway. Most of the people who enlisted in the Visionaries’ army died due to the excessive campaigns, almost all of which failed.

So that left her with option one. The question was how she was going to do so. And then she realized that she could simply jump off a cliff. It was easy, after all, the area she was in was quite hilly.

Cara walked outside and trekked up the narrow footpath to a higher point on the mountain. Then, she found a convenient sheer cliff. She stepped back, took a deep breath, and sprinted across the path, preparing to leap off the cliff.

It didn’t work. A body hurtled into her as she ran, stopping her from reaching the cliff. Cara looked up to see the shocked countenance of one of her friends, Lena.

Lena was a nice girl, but nothing to write home about. At least, according to the Committee. She had gotten the job of a model, which was a tiring and repetitive job. It was hard to gain respect as a model, as there were so many of them. It just meant that the person looked good.

Lena, on the other hand, never looked good. She was always positively fantastic. God had taken some beauty from Cara and put it into Lena. Lena resented being called a dumb blonde, as she was quite smart. But the Committee didn’t care. There were smarter people, but she could be one of the public faces of the Visionaries.

The public faces of the Visionaries (or the Cipher, as they had branded themselves) were the supermodels, the supersoldiers, and everything else that they could add “super” to. There was no superscribe, unfortunately.

“What are you doing?” Lena asked Cara, horrified.

“What does it look like I’m doing?” Cara asked. “I’m jumping off, that’s what. My life is a bunch of crap.”

“Because!” Cara exclaimed, and then realized just how strange she was sounding. She proceeded to explain her situation to Lena. Lena listed to everything calmly. She finally told Cara to appeal to the Committee, then forcibly marched her to the Office of Appeals. Once there, her predicament was explained to the bored Committee. Finally, one of the members spoke.

“If you destroy the Warriors without exposing us, you will be a hero of our nation. If you cannot do so, you will be executed in some way.”

Lena looked horrified. She looked at Cara, shocked. Cara was equally surprised, gaping at the members of the Committee. “You have one day to choose,” the member who had proposed the idea said.

“Don’t take it!” Lena exclaimed as soon as they were out of earshot. Cara hadn’t said a word yet. She looked up, and then down, and then up again, and then down again. Then, she breathed deeply. “Let me think about this logically,” she said.

“You can’t be considering this,” Lena said.

“What else can I do?” Cara shrugged. “But I’m not insane either. I’ll consider my risks and rewards carefully,” she added. Lena relaxed just a little bit.


Login with Email
No Account? Create One
I, RoBoT !
Antebellum – 14