At Your Pace, At Your Place

COVID-19 and WFH: How has the mindset or thought process changed for the masses? Will Work from Home stay? Or become Work from Anywhere? Or will it become No Work from Home?

4 cities, 4 people, 4 professions, 4 problems. What links these stories is the timing. In the post-Covid world, people have lost a lot. What they have gained is the strength to say ‘no’. Strength to make some crucial decisions, and make them with confidence. There is much more to life than to just blindly follow orders. There is no shame in accepting the hard things about hard things.

What was going on?

There are things which you can see only when you slow down. And slowing down does not depend on traffic alone. You don’t need to tweak the car engine to go slow, you just take your foot off the gas pedal. Yet, it’s hard. In the regular humdrum of life filled with messages, calls, notifications, social media posts and orders from the top, we had given up. Having given up the power to make decisions for ourselves, we let life dictate the flow rather than us doing it.

Why was it so?

Things have changed after Covid. Things which were a matter of ‘life or death’ now are insignificant. Opinion of some people who were ‘God-Like’ is now just another ‘point of view’. As things have ‘levelled’ out, people are displaying their ‘humane side’. What Work From Home has done is brought out the personal side of colleagues, teachers, managers, family and friends, which, in the rush of daily life, we had missed seeing earlier.

So the driving force for the actions of Rohit, Divya, Ayaan and Aakriti, of this change in attitude, change in perception and the way they see things now:

While Covid-19 has allowed us to open up our lives for others to see ‘as we are’, it has also taught us not to take life for granted. It has helped us realise the hollowness in the grandiose parties, exotic vacations, lavish lunches and expensive outfits that we felt we just couldn’t live without. It’s not how we look that is important anymore, it’s how we feel that is.

How much of these changes will stay and how much of this will go back to normal, it’s difficult to predict. It’s not that Bollywood will not produce those blockbusters or PVR will stop screening them. It’s not that fine dining restaurants will not reopen. It’s not that high-end fashion stores have been shut forever. It’s just that now we have tasted blood.

You can see the other side now. There are more options now. You can take control of your life. You do not have to just ‘go with flow’. Just let flow go.

You go at your pace, at your place. 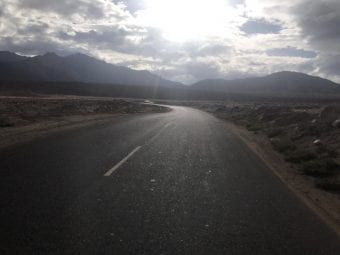