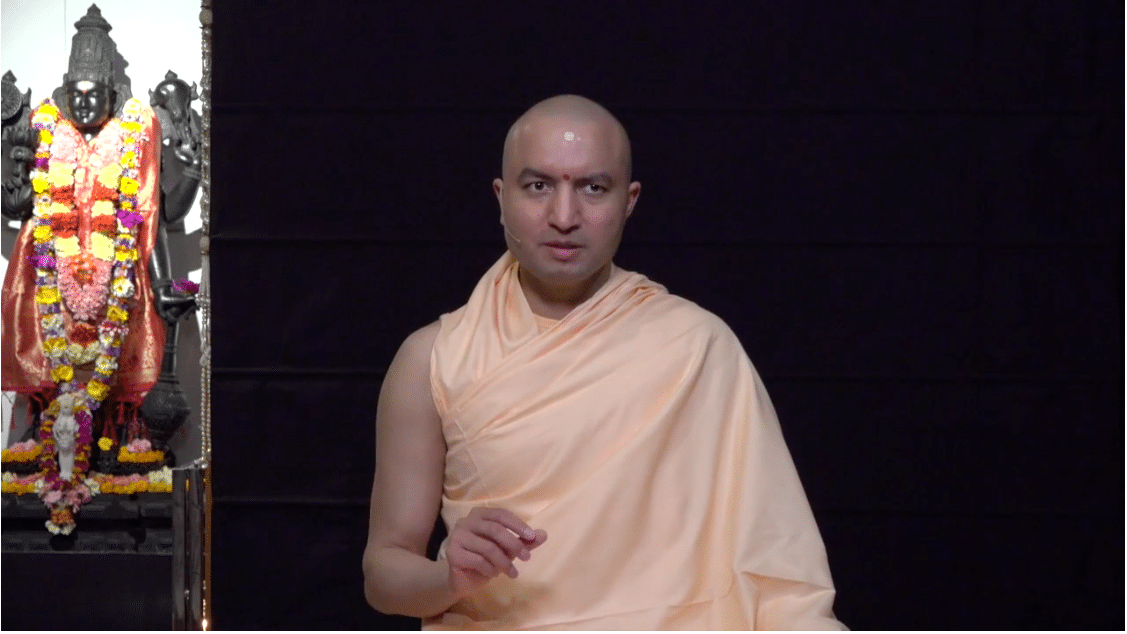 The purer the mind is, the more serene it becomes.

18:19 – 28:40 : You must have heard about Swami Dayanand Saraswati. He was the founder of Arya Samaj. S.Radhakrishnan regarded him as “One of the builders of modern India”. Some of Swami Dayanand Saraswati’s thoughts were also revolutionary. In fact, he was someone who criticised all other religions. Although, I personally don’t agree with that opinion. He regarded all the religions and their founders, apart from Hindu religion, as wrong.

But, somewhere or the other, what is the nirmalta (serenity) of mind, can be best understood from the following story :

So, what happened was, there were numerous attacks to take the life of Swami Dayanand Saraswati. There were a lot of attacks on Swami Dayanand Saraswati to kill him. Often, by giving poison. But he, someway or the other, always survived. Some people believed that he was a great practitioner of Hatha-Yoga, which made his body different from others, and he managed to survive because of that.

But once, in the palace of King Jaswant Singh, of Jodhpur or Jaipur I don’t remember, he called Swami Dayanand Saraswati. The king had a desire of becoming an Arya-Samaji (A member of Arya Samaj) himself. The king wanted to take Deeksha (Initiation) from him, and walk on the path shown by him. Swami Dayanand Saraswati arrived there. The best arrangements were made for his stay at the palace. Once he, without telling anyone, walks into the room of the king. At that time, the King was with one of the dancers, whom some people believed to be a Vaishya (Prostitute). Her name was Nanhi-Jaan. As soon as Swami Dayanand Saraswati saw the King in that condition, he said to the King, “If you really want to walk on my path, if you really want to be an Arya-Samaji (Arya means Noble), if you want to be such a king in reality, then leave this. This will be a hurdle on your path”.

These words made the dancer, Nanhi-Jaan, very angry. She thought, “Who is he to come in between me and the king!! He would be a saint in his own house. Who is he to tell the king that I am not good for him!! That I am an obstacle in the king’s spiritual path”. So what she does, and this is a true story, she goes to the cook of Swami Dayanand Saraswati. She entraps him in her words, and then, she gives him some broken pieces of glass, and instructs him to mix it with milk and give it to Swami Dayanand. She thinks, “Now, he will know whom he was trying to mess with!”. The chef agrees.

Now, the next day, he started feeling ill. Because, at many places, the glass pieces cut his internal organs and food pipe. And because of that, Swami Dayanand Saraswati started suffering from Ulcers. Doctors were called, treatment was done, but his condition kept on worsening. So the cook realises the magnitude of his mistake! He goes to Swami Dayanand, and says, “Please forgive me. The reason for your illness are the glass pieces, which I had mixed with your milk and had given it to you. I am telling this so that, if the doctors come to know about the reason, maybe they could provide some better medications”.  Because, nobody was able to diagnose the reason for such illness. The cook said, “The dancer gave me those glass pieces”.

Now imagine, had you been in place of Swami Dayanand Saraswati, what would you have done to that cook? Will you tell him, “No problem.You should have given me bigger glass pieces”? (Laughter). Or will you say, “I am going from this world, but now, I will take you with me!”. Or, will you say, “I am firing you from the job, and I am also telling the King about what you have done. And he would then give you the strictest of punishments!”.

How angry would you be, just imagine! In life, you had thought that you would do something big, you were on the path of bringing about a revolution, the entire country knew you, you were bringing such a revolutionary change in the society, and then, some small person, with no power/importance at all, ends you. How meaningless it sounds! That a servant, who came in the words of a dancer, and he poisoned his Guru, a revolutionary, a social reformer, a social servant, and finished him.

So, Swami Dayanand Saraswati is groaning in pain. And, do you know what did he say to the cook Jagannath? He said, “I have a small bag of money, one is here, and the other is where I live, you take them, and leave immediately. Because, if you are caught, then you will not be forgiven. It is certain that you would be hung up (capital punishment). And the King himself, would give you that punishment. You have done what you had to do, now nothing can be done about it. The mistake has already happened. If my death was bound to come like this, then so be it. And maybe, you won’t be able to watch me in more pain. Hence, please leave immediately”. The cook thanked him, took the money, and left.

Now, you only tell me : A person who has such a Nirmal (serene) mind, won’t nature give him/her some special powers and siddhis? Such a serene mind, that Mahatma Gandhi once said, “If someone slaps you in one cheek, then put the other one in front”. Swami Dayanand Saraswati even went far ahead of this!

Do I mean to say that if you are facing injustice, then you should keep bearing that? Absolutely not. I just want to say, The matter of Anyaya (Injustice) and Nyaya (Justice) comes afterwards. The foremost thing is, “Whatever emotion you keep in your mind, for that, you, and only you, are responsible”.