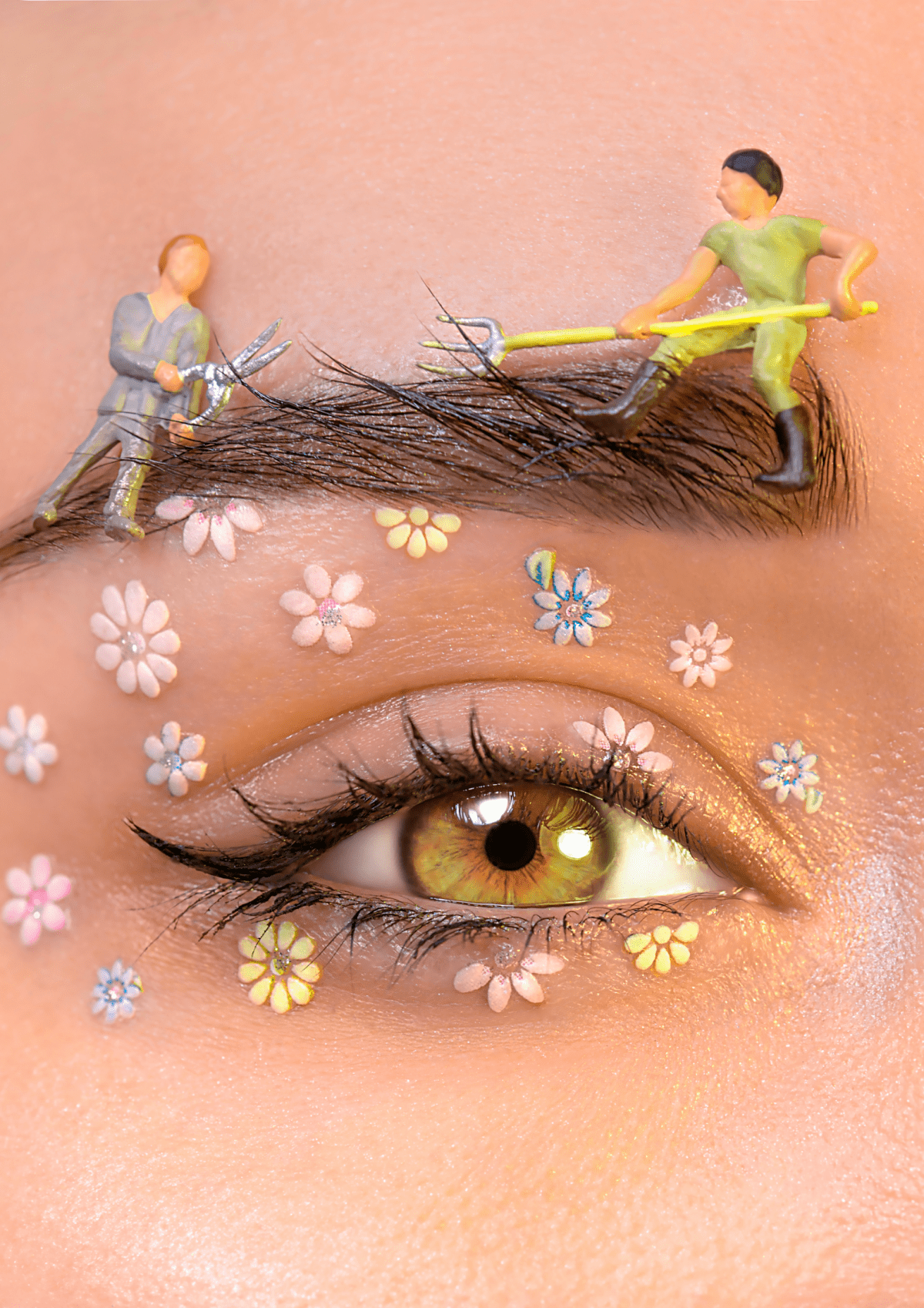 Is it worth the pain?

Don’t we all feel compelled at times to do something just because everyone else is doing it? The reasons for this could be many, ranging from a simple desire to appear cool and in line with the social trends, to lacking the courage to say no to peer pressure.

Whatever may be the case, if there is any kind of disagreement between the individual’s inclination and the ways of society, an inner conflict is bound to occur .

Call it my destiny or my disposition, I have had plenty of such battles in my life, of varying magnitudes such as easy, mediocre, tough and a couple of them could even qualify as war, I suppose.

Let me begin with an easy one to make you well-acquainted with the basics of the game, so that by the time we reach the war (after a series of posts) , you would be a seasoned fighter.

These are often associated with things assumed as ‘the norm’, the unspoken ‘should do’ and if you question them, people frown upon you as if you are an abnormal being from another planet.

Things like girls going for eyebrow shaping and waxing as soon as they enter youth. There’s no rhyme or reason to such things, they are done simply because everyone else is doing it. Well, you might be thinking ‘obviously to look beautiful ‘ and I totally agree… A trip to the salon indeed has great potential to transform you to such a degree that you could be totally unrecognisable after stepping out.

Okay, okay, calm down my lovely ladies… How can you be on Swamiji’s platform and not stand a pinch of humour? Kidding apart, all I wanna say is that mostly it’s not a conscious decision, it is just following the herd blindly.

A few decades ago, when threading and waxing were unheard of, did we not have beautiful women inhabiting this planet? Did they not eat, sleep, love and live happily? It’s only our perception that has created the mass change and set the new normal. It is not something that is essential to living. Still, almost everyone does it so diligently as if it’s a crucial part of existence .

Good for those who conform, they live in peace (sigh!).

But what about people like me born with the ‘Q Syndrome’? Who will relieve us from the unnecessary tantrums, comments and queries of the fanatics ?

If you are wondering what this Q syndrome is, please allow me to enlighten you.

Its a condition that originates mostly during childhood, the child has an innate tendency to question each and every thing, and if not convinced with the answer, she won’t do what’s asked. If this condition persists into adulthood, the person is at a great risk of being called obstinate and facing flak of society. There’s no medical cure for this. Swamiji’s videos, posts and answers from
self-introspection and contemplation are the only remedies I know of until now.

A few days right before our campus recruitment in the final year of college, all the beauty salons in the vicinity would be overcrowded like marriage banquets. However, I had no such intentions of letting the parlour-wali partake of my limited pocket money.

Many first-timers would describe the threading experience as so painful that they couldn’t stop their tears while the beautician kept attacking their tender eyebrows ruthlessly. The sight of those red swollen brows with cuts when the girls returned from the salon was enough to give me a scare for lifetime and question the purpose of it all, with even greater intensity.

Why… Why must they buy all this pain? It was beyond my understanding , and still remains a mystery to me .

Of course, no amount of coaxing, cajoling and forcing on the part of my friends could compel me to make the move. But they didn’t let me off just like that, their ferocious arguments stay with me even today as fond memories.

To quote a few friendly advices :

This is the time you must shape your eyebrows, everybody is doing it, you know. Don’t let this little thing ruin your chances in the interview.

Software guys are very particular about personal grooming. Clearing the written round is fine, but you are not going to succeed in the interview with messy eyebrows.

You are blessed with naturally beautiful brows. Just shape them once and see how stunning you would look. The first job is definitely going to be yours.

It pains a lot only during the first time. After that, it is just like an insect bite. You would get used to it pretty quick. And ‘no pain, no gain’ don’t you know that?

My response would always be something on the lines: “Are you not happy with your brows? Why are you after mine now? Please spare me the pain, gain and your great fundas… I have prepped for the interview quite well. Now, let me and my brows live in peace. ”

Stubborn as I am, I went in for the interview with those unshapen eyebrows, Lo and behold! I did land a job with the first company and the second one, too! Hence, proving the ‘eyebrow shaping, interview clearing’ hypothesis completely baseless and false, and putting an end to all the nonsensical discussions

… Until a few years later, when my marriage celebrations began. Once again, my eyebrows became the centre of concern for all ladies of my and my
in-laws house (a bigger army enters the battlefield). I found it rather strange that while my husband didn’t have any problem with my eyebrows, why the hell was everyone else so insistent like it’s a mandatory marriage ritual?

Then again, how could anyone convince me — the One with the Q syndrome? The opponent forces tried with all their might, but I, the bride, was unrelenting with a fierce determination to protect my natural brows. Of course, the victory had to be mine because Nature was on my side (remember my love for natural). Not just that, I have been doing perfectly fine in life until now with the eyebrows I was born with. 😊

Thankfully, the battle over my brows ended right there.

As is the nature of mouths to talk, my eyebrows do draw some comments even today. But in a strange turn of events, unlike previous ones, they are mostly appreciative and on the following lines:

Wow! You are blessed with so beautiful eyebrows. Obviously, you don’t need to shape them.Lucky you!

Good that you didn’t tamper with them, otherwise you would have one more tedious task to deal with every few days.

I listen to them and have a hearty laugh inside, how funny can people be! And believe me, many times, such statements come from the same person who had been literally dragging me by the eyebrows… err, elbows to the salon.

Moral of the story :

‘People will criticise you, scare you, drive you nuts, try out all means to make you like themselves. After all efforts, when convinced you won’t budge, either they will leave you alone or they will admire you, applaud you and may even revere you for being different and beautiful the way you are. Your job, in all of this, is to remember that everything changes and of all, people change the fastest. So, neither get carried away by those flowery praises nor get bogged down by the stony comments. Stay true to yourself, be yourself.‘

If you ask what did I gain by putting up so much resistance to such a petty issue?

Actually, a lot. A great deal of confidence in myself and my abilities, the courage to be different and immense satisfaction that I didn’t start doing something just because others are doing it. And of course, some monetary gains, too, by saving on the bucks I would’ve shelled out every month for my brows. 😉

Finally, a word of sincere apology. If it sounded anywhere like I despise all beauty treatments, that’s not at all what I intended to say. In my honest opinion, personal beautification is an individual choice and as a society, we should encourage that freedom rather than imposing it on others.

I truly believe that you alone have the right to define yourself and be your version of beautiful. So, let that be the soulfully curated version of yours, not one that’s mindlessly copied from outside.

PS: Q Syndrome is a term first coined by an anonymous patient of the syndrome itself. If you wanna know more about it, please don’t waste your time Googling it. Ask the expert Kirtee, and she will try helping you to the best of her abilities.

Ladies, if you are thinking of zooming my pic to check out the truth behind my eyebrows, please stop! Don’t make them the centre of attention once again.

Guys, even after much brain scratching, I really couldn’t think of any instance that would be relatable to both genders. If any such memory of yours cropped up while reading this, please do share. I would love to read about your battles, too !