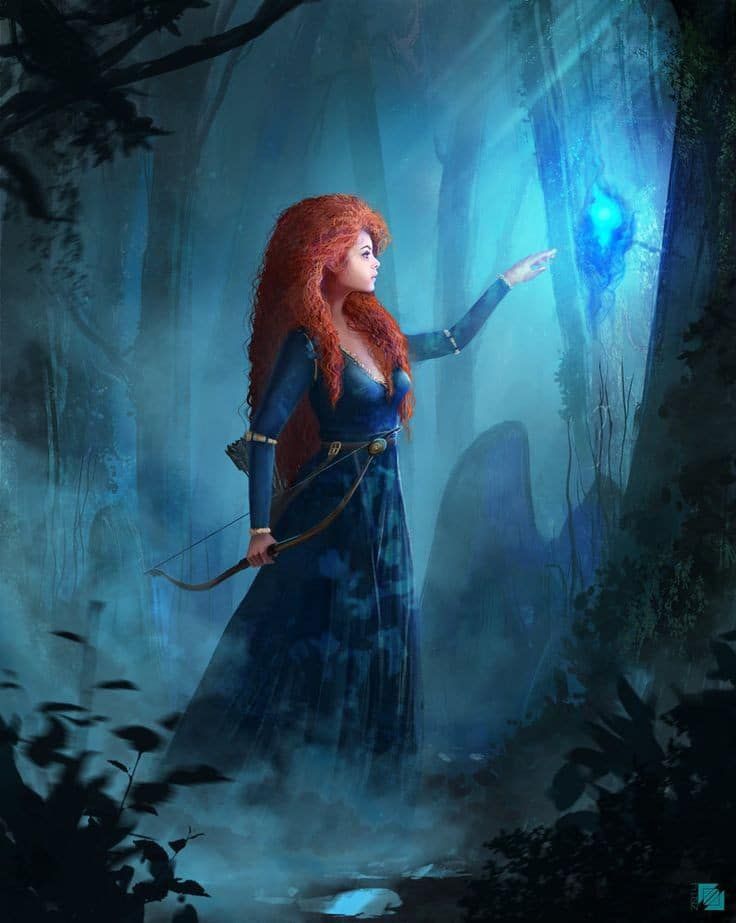 But when I shot the arrow, something did happen to me,but what you call is love I don't know what it is.

I lifted my head and saw that he opened his eyes.When my eyes met his eyes,I felt a sensation in my entire body.I had never seen such beautiful eyes.I wanted to say him:O, handsome man,un-intentionally,I shot an arrow that has pierced you.I admit my sin.Here is the arrow.Please get up and pierce the arrow in my chest,and in case you wish to be merciful, then,I shall be your servant all my life.But my throat got choked and I could not utter a word.Whatever my eyes said to him was said. Whatever his eyes understood was understood by him.I had not seen his eyes to my fill that his eyes closed.My hand that was on his feet now touched his face.I cleaned his face of the dirt.I caressed his face with my hand,as my mother used to caress my face with her hands.Like that and with some hesitation again,I caressed his face with my hand,and wished that he should open his eyes again.My wish was fulfilled.His eyes opened and his eyes met my eyes.

My eyes stopped blinking.I got so much pleasure that I had never felt before.I almost swooned.

A little later, I saw his lips moving.I was sure he would say,”you are my servant.”

But the lips uttered something and closed.I now remember what he said.It was”WAHEGURU”(Considered as GURUMANTRA in Sikh religion).

At that time I didn’t understand the meaning of this word.

Now,I tried to open my lips and with difficulty I said:O beloved what, what is your order? But before he could reply,his lips and eyes closed.

Meanwhile my parents and the doctor reached.Today was the first day that my mother and father did not smile.They were sad to see me. My mother just pulled me in her lap.In her hurried pull my hand that was holding the blood was pulled away and the blood ,like a jet,came up to my face.

Today was the first day that I pulled myself away from my mother’s loving hands and pushed her,and again pressed the blood arteries from where the blood was coming out.I wished that my entire blood should go in those arteries and make up for the blood loss.Then,I should lie down in feebleness,and he should caress my face with his hands as I had done.

The doctor now came and tried to remove my hand, but my hand was not ready to leave.My father came and hurriedly pulled my hand,and embraced me,and wiped my face and said:O daughter of a warrior king,you were never so timid.But it had no effect on me.

I said: Father,stop the blood immediately.I have shot him with my arrow.

There was no strength in my words.My voice was feeble.There was some sort of ignorance in me.My father became nervous.He ordered the doctor to stitch the wound without delay.The doctor quickly washed the wound,applied medicine and stitched the wound.

Now,I told my father:Let us take him to the palace, I will look after him there.Nobody could say no to me.

I took the handsome man in a palanquin to the palace.Nobody could be more handsome than he was.I did not want to ride the horse.I wished that I should go with the palanquin and keep on looking at his handsome face all the time.He should not be away from my eyes Even for a moment, but my father forced me to go the horse. We reached the palace.I made him stay in my room. My mother took me aside and said: Who is he?Since when do you know him? How have you fallen in love with him?O,so much love.

I cried and said: Mother I have never met him before.When I shot the arrow,I didn’t know that a person, who would be more handsome than anyone else,was sitting there.I aimed imagining that it was a panther and I planned to spread the panther’s skin in father’s chariot.But when I shot the arrow, something did happen to me,but what you call is love I don’t know what it is.

Mother said laughingly:Love is what we do to you.

I said :That may be love,but when I didn’t know him, how could I love him?