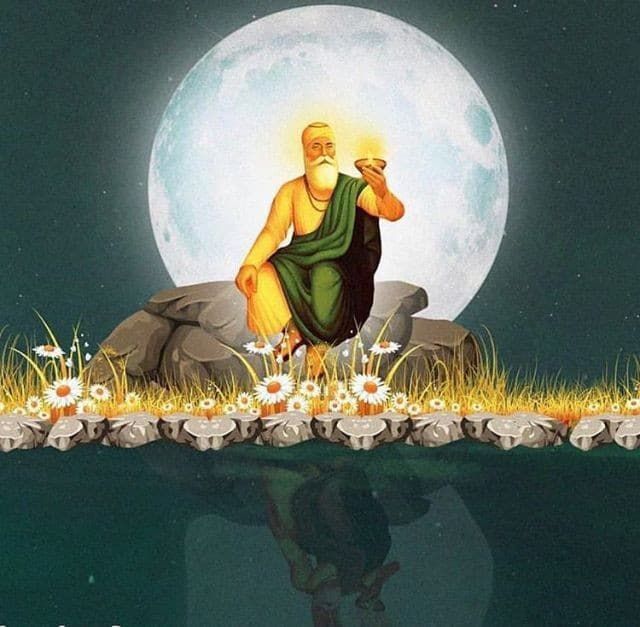 He heaved a sigh,and he uttered "O,GREAT GURU NANAK DEV"

I said:That may beloved,but when I didn’t know him,how could I love him?

Mother realizing my ignorance,laughed and said:The way you are treating him is to love him.

I said:yes mother,I like him more than I like you.You have not seen how handsome he is? Mother,have you ever seen such a handsome man?He is different from everyone.I have done a great sin that I have given him so much suffering.Isn’t it sin?One day I committed some mistake and The pandit said ,It was a sin,and I left the place saying that the pandit is talking like cowards.Now,I remember it was the sin that I have done today.I  am ready to pay back for my sin.If he shoots me with an arrow,I shall serve him for my entire life.Don’t stop me.

Mom listened to me.First she smiled.Then she wept.I had never seen tears in my mother’s eyes.When we hit the servants they used to cry.I knew we are warriors and we don’t have thin blood in us.But today,I myself had cried.I thought I have committed a sin and the pandit had said that a sin makes you low.So,I have become low.But mother has not sinned,why did she cry?

Meanwhile my mother said:Your father has killed many people in battles.Maybe you become the ruler of the kingdom.Around our kingdom are some enemy kingdoms,and if you are not brave and a warrior,then how will you rule the kingdom? What has happened is bad, but why bother if a lowly person dies,let him die.

Listening to these words,I screamed and cried like a small child.Mother put me in her lap but I couldn’t stop crying.

I said: mother,what has happened to your eyes? He is the most handsome man.That’s why I like him.You call him a lowly person.You say what if he dies’.Mother,if he dies,then the same arrow with which I shot at him,I will pierce into my heart and I will not be there to be in your lap or the embrace of my father.Mother what has happened to you ? Previously, always, whatever I liked you bought it with love and used to like it also.Now,the man whom I like the most,you say he is lowly. You say what if he dies’. Mother,put your hand on my heart.It is throbbing fast.When you say he is good and you like him and we will look after him,then throbbing comes down, otherwise this fast throbbing is going into my head,and I cannot hold my tears.Now, mother tell me what should I do?

Seeing me in this state of mind,mother said:He is good.I like him.When you like him,why should I dislike him?I said lowly’ because he is not a rich man.He must be a worker type.If he dies,you should not feel sorry for him.

I said:mother his clothes are not very fine but his forehead is broad,round and shining.If father gives him some land and cattle,he will have fine clothes also.Mother,if you see his eyes when he will open, you will say,he is an army major from Lahore.

Mother said:You tell me what you want?

I said: Mother I shall look after him.Doctor should treat him.He will get well.Then ,I will tell him: O , Most handsome man,I have sinned by shooting an arrow at you.You give me whatever punishment you want to give.

I don’t know what came to my mother’s mind.She said:There are plenty of servants,but if you wish to look after him, it’s ok.The doctor will stay near.

Accordingly,the doctor stayed near,and I looked after him.As my maids were at my service,I was at his service.I kept on sitting near him waving the fan and looking at his face, waiting for his eyes to open,so that I may see his eyes,and his lips to open,so that I listen “WAHEGURU”

And his eyes opened…

Why Do I Admire Rama..?
Gifts for Om Swamiji