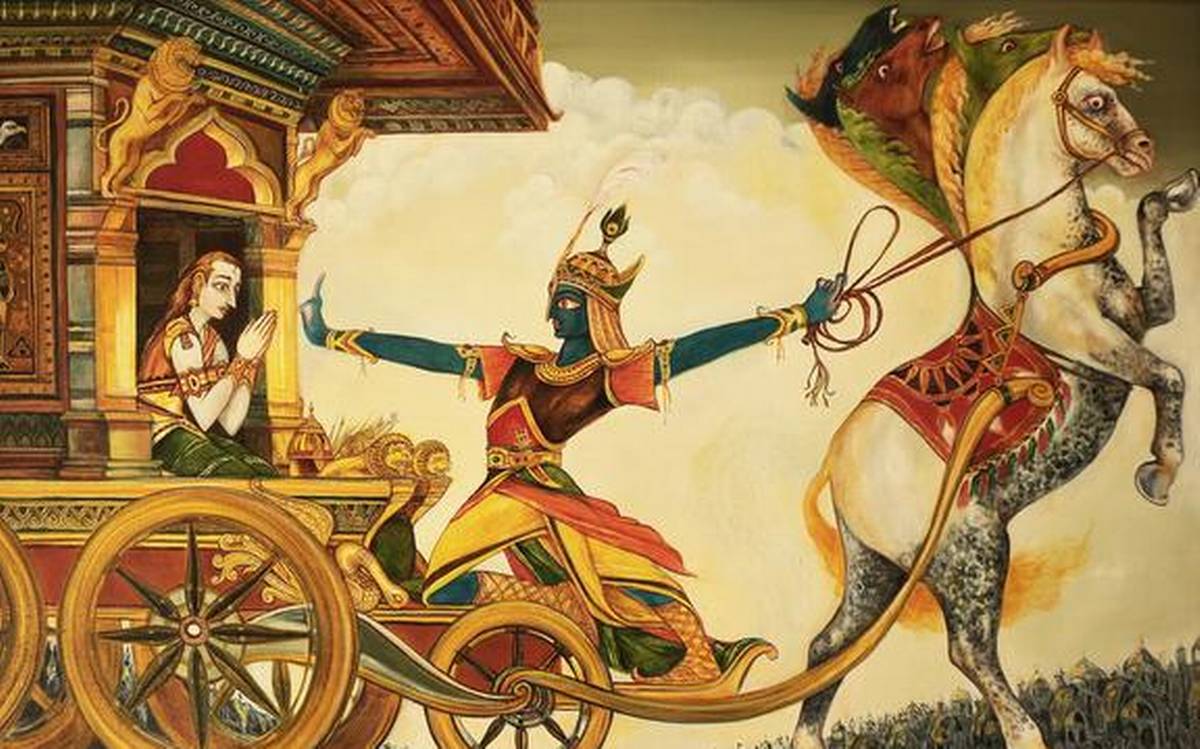 Best Characters That Ever Lived.

Here's honouring the most beautiful friends that ever lived, by going through some of the inspiring episodes from the chapters of ancient Indian texts.

There are proverbs galore that describe what friendship is and who real friends are. It’s a relationship that transcends barriers of caste, faith, colour and geographical boundaries. It’s a bond that we build by choosing who we want in our life, and hence, it matters the most to us. And as we look forward to rejoicing the beautiful relationship, let’s take a quick look at a few interesting stories that are relevant even today.

Here’s honouring the most beautiful friends that ever lived, by going through some of the most inspiring episodes from the chapters of ancient Indian texts. These stories epitomise the true spirit of friendship and will remind you of your dearest friend.

Friends care the least about the amount of wealth you have in your treasure box. Shri Krishna and Sudama’s friendship testifies the statement mentioned above. Sudama was a poor Brahmin while Krishna was the King of Dwaraka. They spent their childhood at Sandipani Ashram and grew up together. Years after graduating from the ashram, Sudama visited Krishna’s palace after his wife insisted, he must seek financial help from his friend. Sudama, who didn’t have anything apart from a handful of flattened rice to offer to his friend, hides it in his bag after feeling embarrassed about the small gift. But Krishna was gracious to accept it whole-heartedly. He even said that the handful of flattened rice was the most beautiful present he had ever received. Sudama was left speechless by Krishna’s gesture. After staying at Krishna’s palace for a couple of days, when Sudama got back home, he was pleasantly shocked to see a mansion in place of his hut. Krishna could hear Sudama’s unspoken words, and that’s what friendship stands for.

When Karna battled rejection owing to his caste, it was Duryodhana, who gave him a new lease of life and identity, by anointing him as the king of Anga. As a token of thanks, Karna promised to sacrifice his all and even die for Duryodhana. Thus, the two friends stood by each other through the moments of ecstasy and agony.

When Sugreeva was abandoned and ostracised from his kingdom Kishkinda by his brother Vali, it was Rama, who lend a helping hand. Rama eliminated Vali from Sugreeva’s path and anointed him as the king of Kishkinda. To thank Rama for the gesture, Sugreeva deputed his army of Vanaras to join Shri Rama and his brother in the battle against Ravana, who had abducted Mata Sita. Thus, Shri Rama and Sugreeva proved that a friend in need is a friend indeed.

Sita, the lady of personified holiness, was held captive by the demon king of Lanka, Ravana in Ashoka Vatika. His servants, all of who were devils like him ill-treated Sita, the wife of Shri Rama. If there was anyone who respected her and cared for her, it was Trijata. She became a close confidante of Sita and even stopped her from ending her life. Trijata wanted to rid Lanka of the rule of Ravana and hoped for Rama’s victory in the battle.

Draupadi, the daughter of King Panchal, was one of the closest friends of Shri Krishna. Her life without Shri Krishna was incomplete. When the Pancha Pandavas lost the game of Chausar, Duryodhana asked his brother Dushasana to drag Draupadi to the court. The two brothers committed the greatest sins of their lives by misbehaving with Draupadi. Dushasana outraged her modesty by taking off her garment from her body. At a time when even her husbands – Yudishthir, Bhima, Arjuna, Nakul and Sahadev – sat helplessly, it was Shri Krishna, who came to her rescue.

Let us take a cue from these great friends that will continue to inspire generations after generations.


Login with Email
No Account? Create One
I Am Committed!
Love Yourself for who You Are